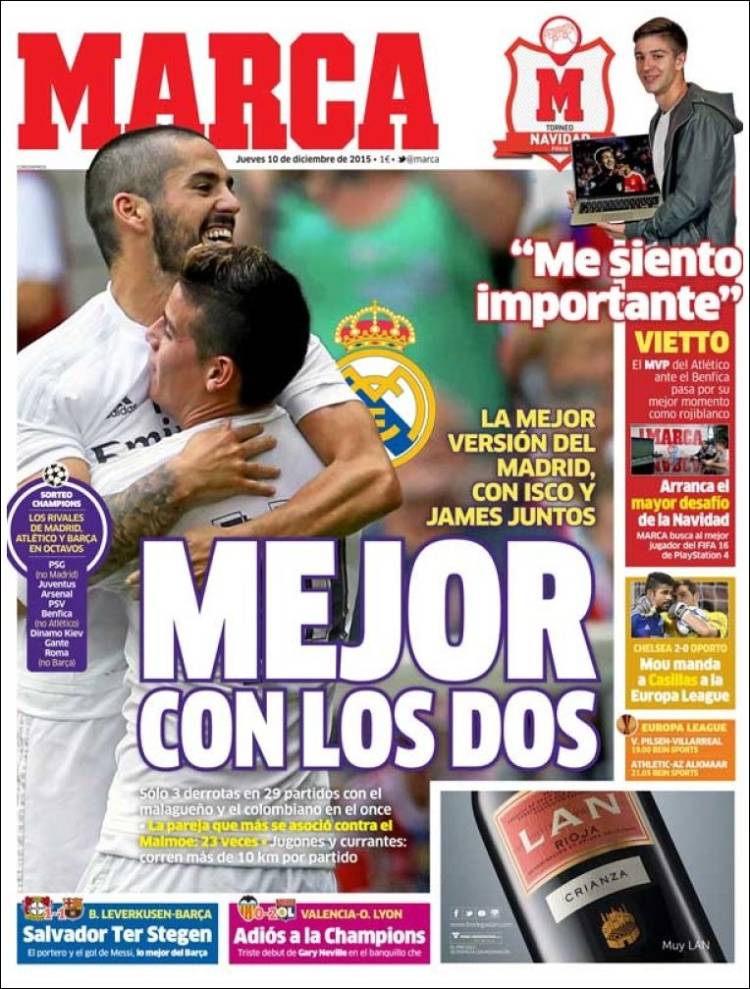 The best version of Madrid, with Isco and James together

Better with these two

The pair were the most common collaboration against Malmo: 23 times

Play and hard work: they run more than 10km per game

Atletico’s MVP against Benfica going through his best Rojiblanco form

The start of the greatest challenge of Christmas

Sad debut for Gary Neville on the Che bench 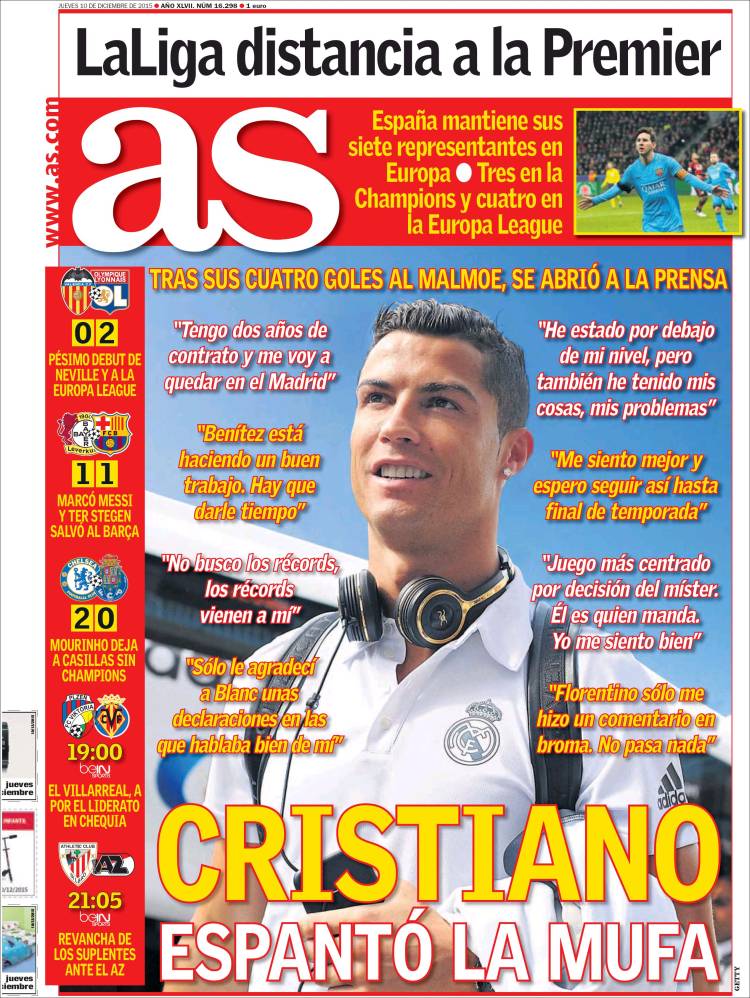 Three in the Champions League and four in the Europa League

After four goals against Malmo, he opens up to the Press

Drives away the jinx

“Benitez is doing a good job, you have to give him time”

“I don’t look for records, records look for me”

“I’ve been below my level, but I’ve also had my problems”

“Play more central by decision of the Coach. He’s in charge. I feel good.”

“Florentino only made a comment to me as a joke. Nothing happened.”

Terrible debut for Neville and the Europa League

Villarreal, for first place in the Czech Republic

Revenge of the substitutes against AZ 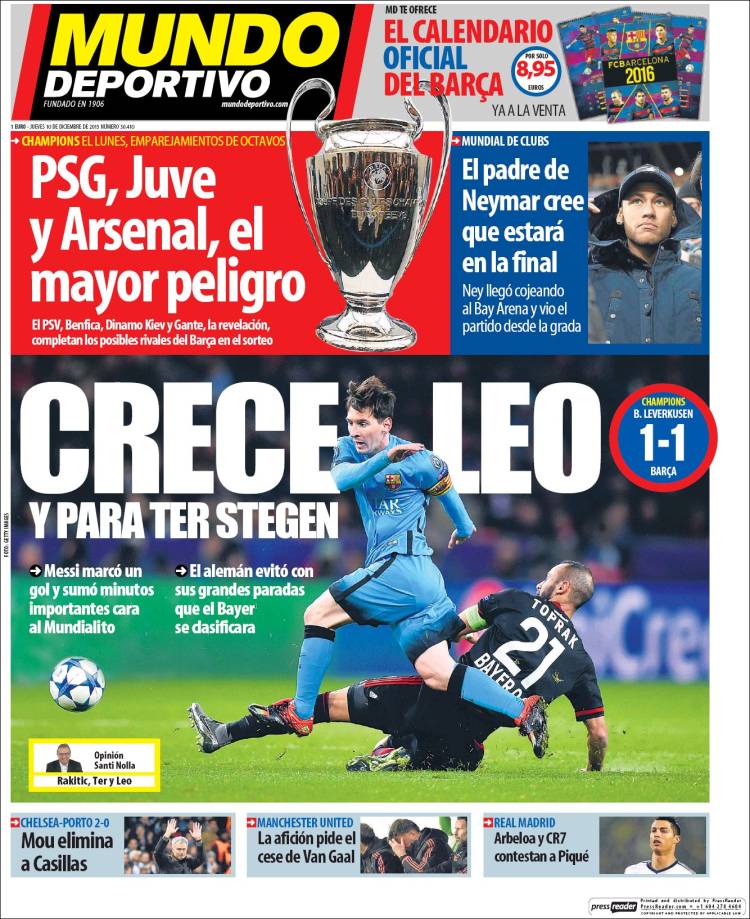 And for Ter Stegen

The German prevented with great saves Bayer from qualifying

PSV, Dinamo Kiev and Gent, the revelation, complete the possible rivals for Barca in the draw

Neymar’s father believes he’ll be in the final

Ney limped into the BayArena and watched from the stands

The fans ask for the departure of Van Gaal