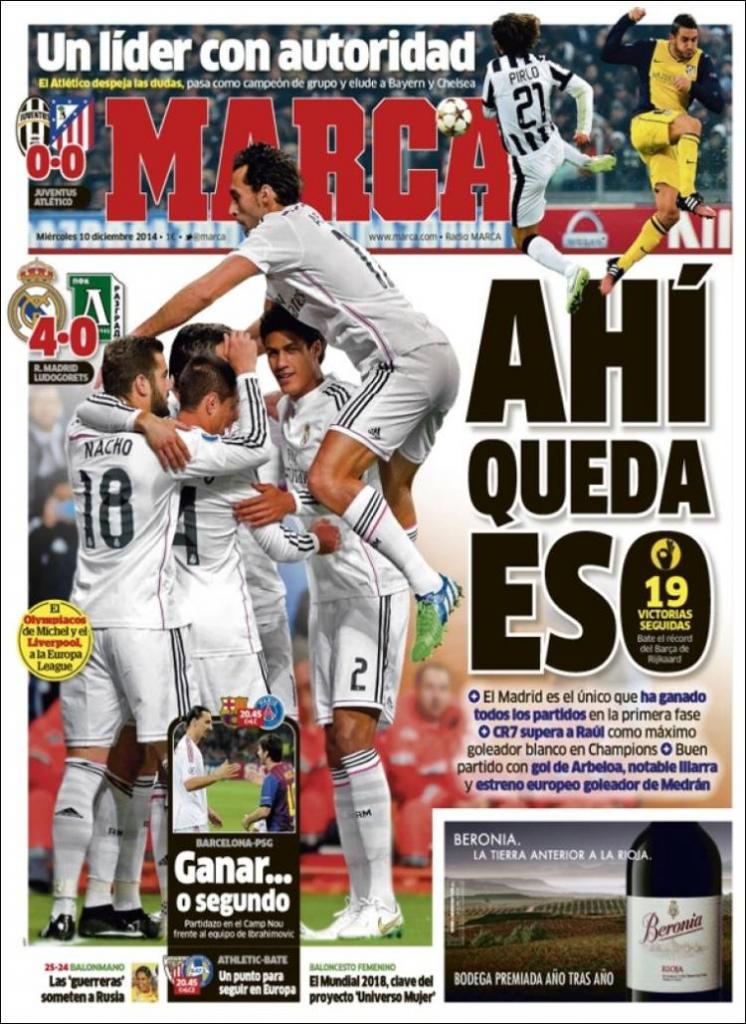 A good match with a goal for Arbeloa, a notable Illarra and a scoring European debut for Medran

A leader with authority

A great game in Camp Nou against Ibrahimovic’s team

A point to stay in the Europa League 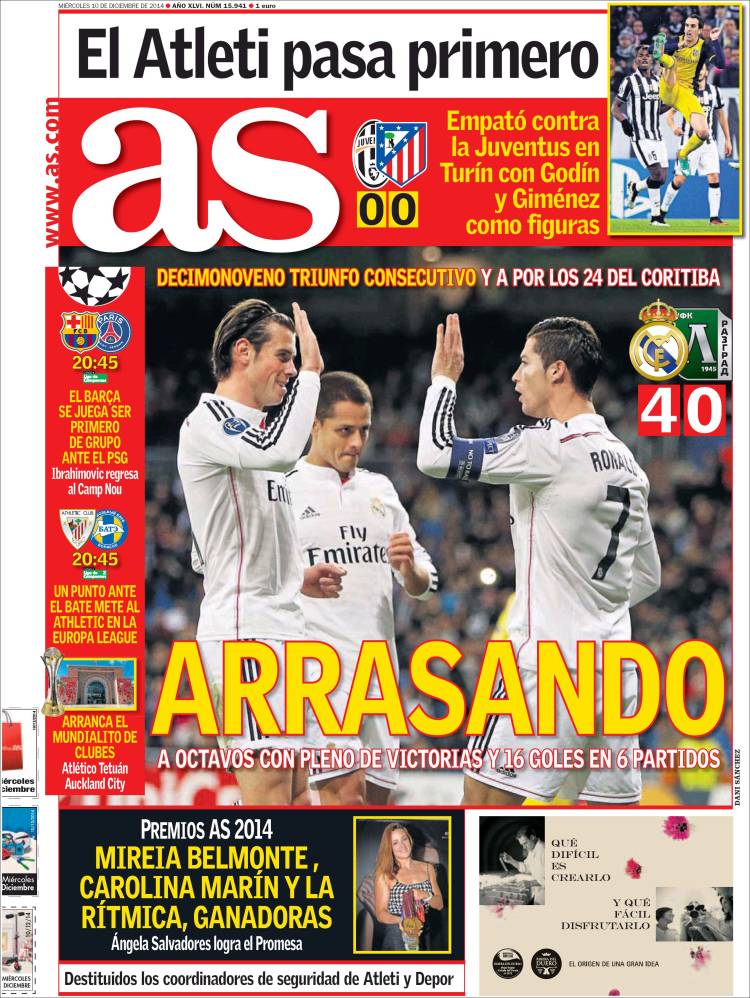 19th consecutive win and now for the 24 of Coritiba

Tied against Juventus in Turin with Godin and Gimenez as figures

Barca playing for first in the group against PSG

A point against BATE gets Athletic into the Europa League

The start of the Club World Cup 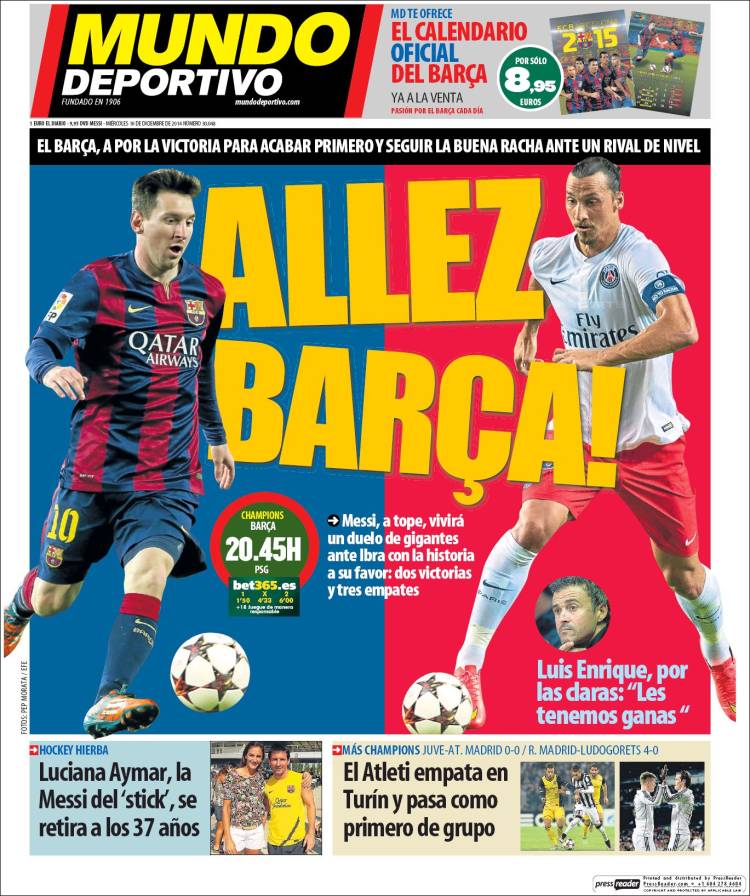 For Barca, a win finishes first and continues the winning streak against an opponent on their level

Messi, on top form, lives a duel of giants against Ibra with history in his favour: two wins and three draws

Luis Enrique, for clarity: “We feel like playing them”