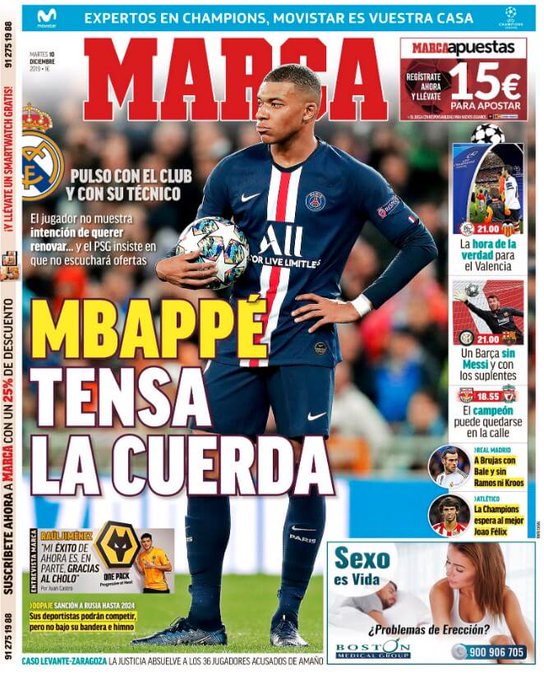 Tension between Mbappe, the club and his Coach Tuchel - player doesn't want to renew

The moment of truth for Valencia

The champions could go out in Salzburg 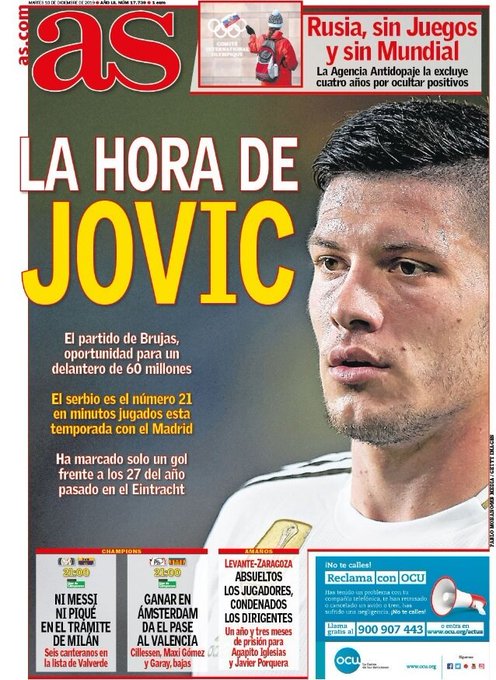 The game in Brugge is an opportunity for the 60m signing, 21st player in minutes played this season, has scored just one goal

No Messi or Pique for Milan trip

Valencia need to win in Ajax to progress 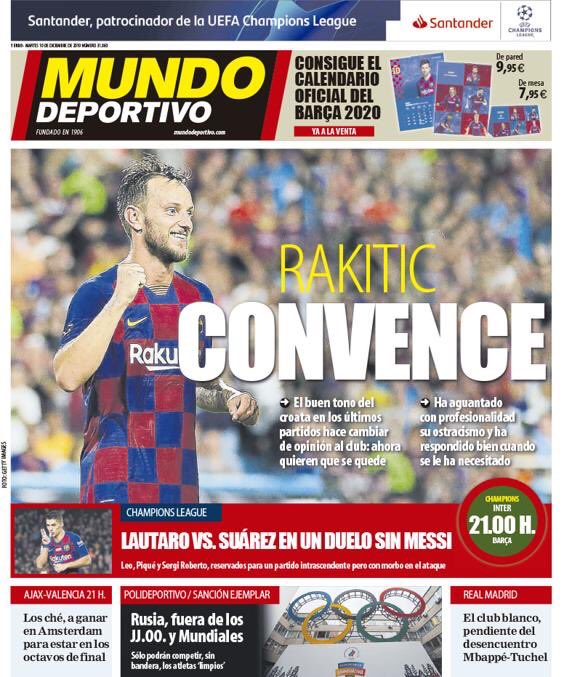 His good form in recent matches has changed the opinion at the club, has been professional during his spell out and responded well

Lautaro against Messi in a game without Messi

Valencia need to win at Ajax to seal progression