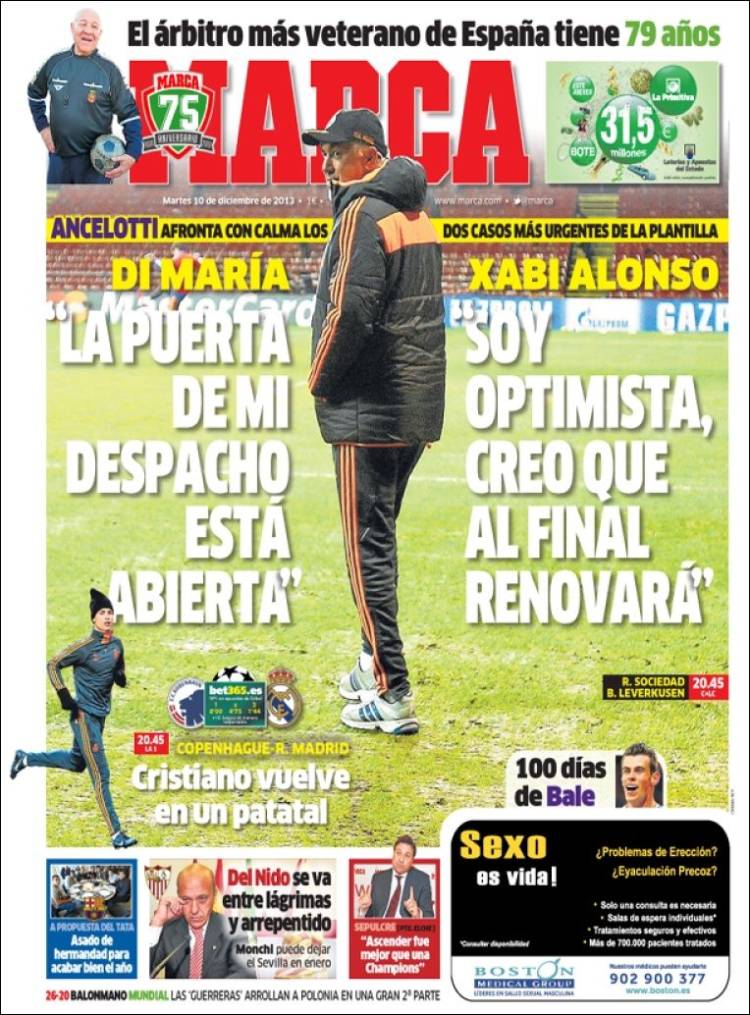 Ancelotti talks with calm over two urgent cases in his side

Regarding Di Maria: "The door is always open to my office"

Regarding Xabi Alonso: "I am optimistic that he will renew"

The oldest referee in Spain is 79-years-old

Cristiano returns to the field

Monchi could leave Sevilla in January

At the behest of Tata, a meal to finish the year well 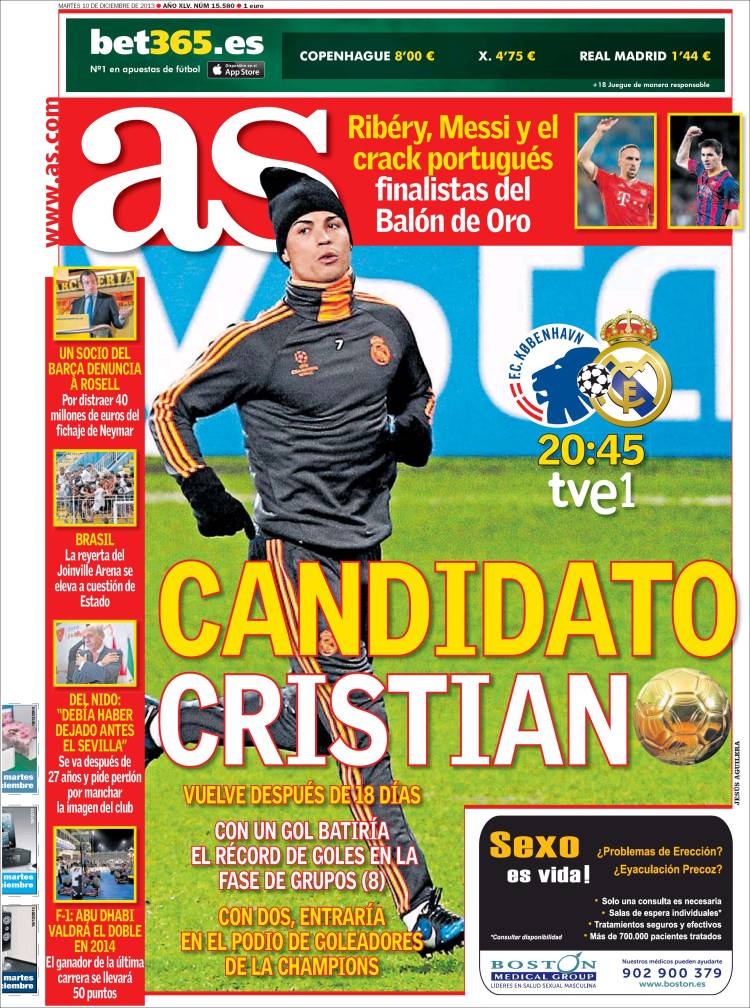 He returns after 18 days out

Ribery, Messi and the Portuguese are the finalists for the Balon d'Or

Del Nido: "I had to leave Sevilla" 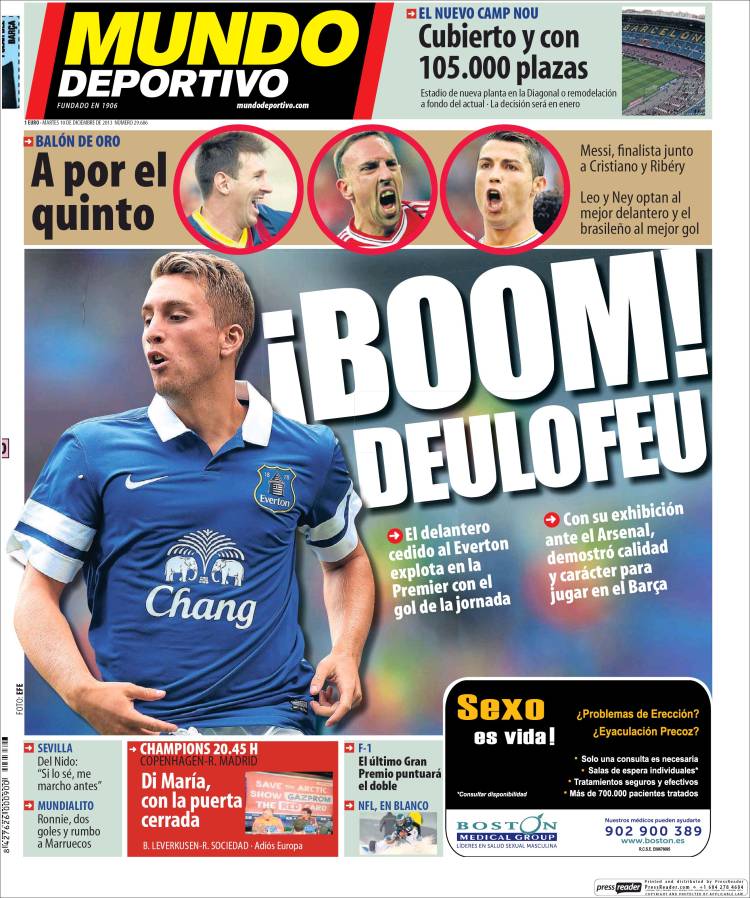 With his performance against Arsenal, he demonstrated his quality and character to play for Barca

Going for the fifth: Messi is a finalist for the Balon d'Or along with Ribery and Ronaldo

The new Camp Nou: Covered and with 105K places

The decision will be taken in January

Di Maria, the door is closed

Del Nido: "If I knew, I would have left before"