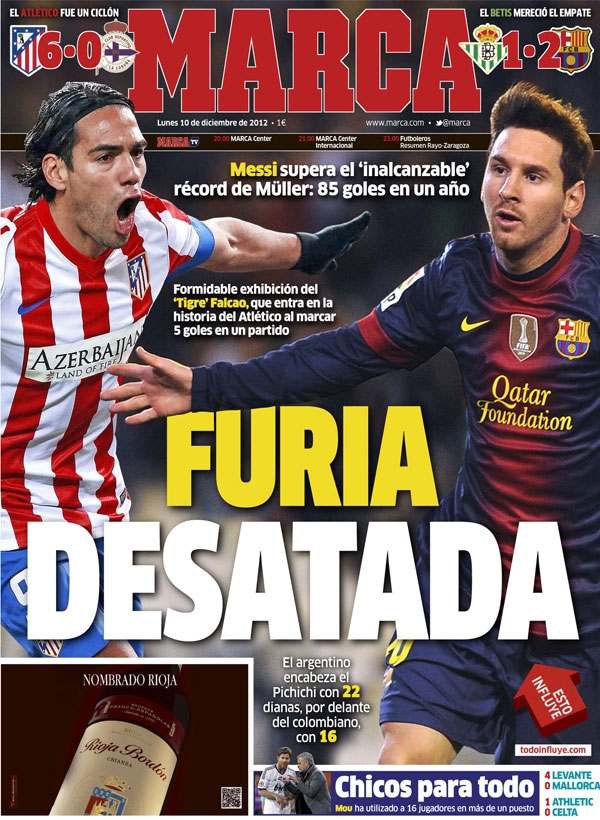 Unlimited fury: Messi  betters the unattainable record of Muller of 85

goals in a year; ‘El Tigre’ Falcao puts on a formidable exhibition

with his historic five-goal display

Messi now leads the Pichichi standings with 22 goals, ahead of the

Columbian who now has 16

Players for all occasions: Mou has used 16 players in one position 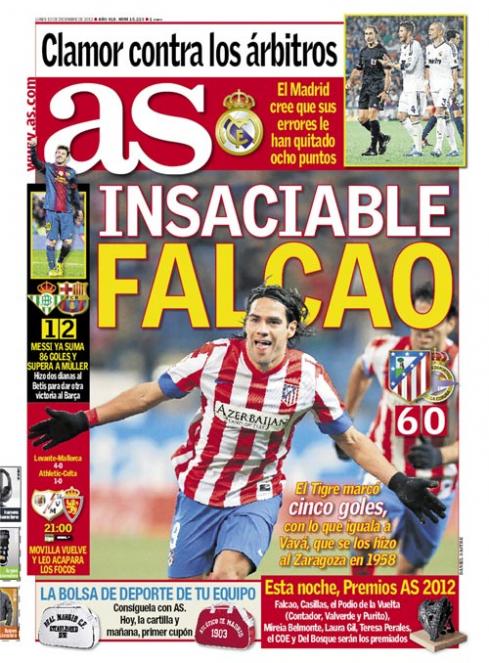 scored the same number in 1958

Real Betis 1-2 Barcelona: Messi already has 86 goals and has passed

Muller’s record; he scored twice against Betis to give his side the

Outcry against the referees: Real Madrid believe that the errors from

referees have cost them eight points

Tonight, the AS premiers of 2012: Falcao, Casillas, the Podium

Perales, el COE y Del Bosque will be announced premiers in their 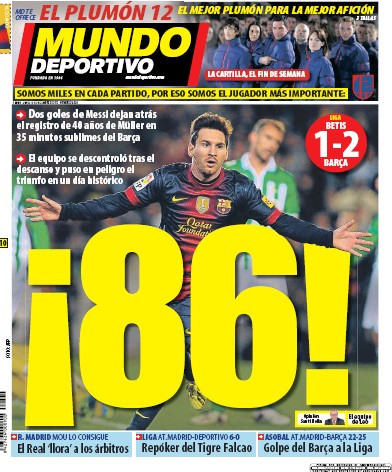 86; Two goals from Messi see him break the 40-year-old record set by

Muller within 35 sublime minutes; The team loses control after the

break and put in danger their historic win