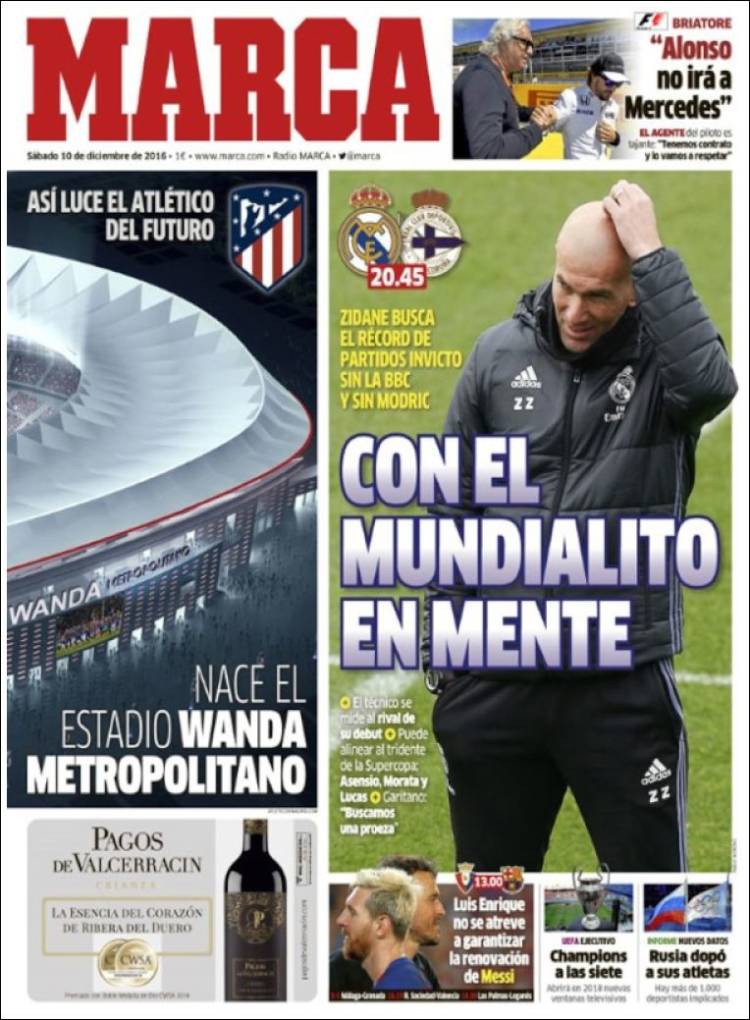 With the Club World Cup in mind

Zidane seeks the record unbeaten run without BBC and Modric

He may start the trident of the Super Cup: Asensio, Morata and Lucas

Garitano: “We’re looking for a feat”

That’s how the Atletico of the future looks

The Wanda Metropolitan is born

Luis Enrique does not dare to guarantee the renewal of Messi 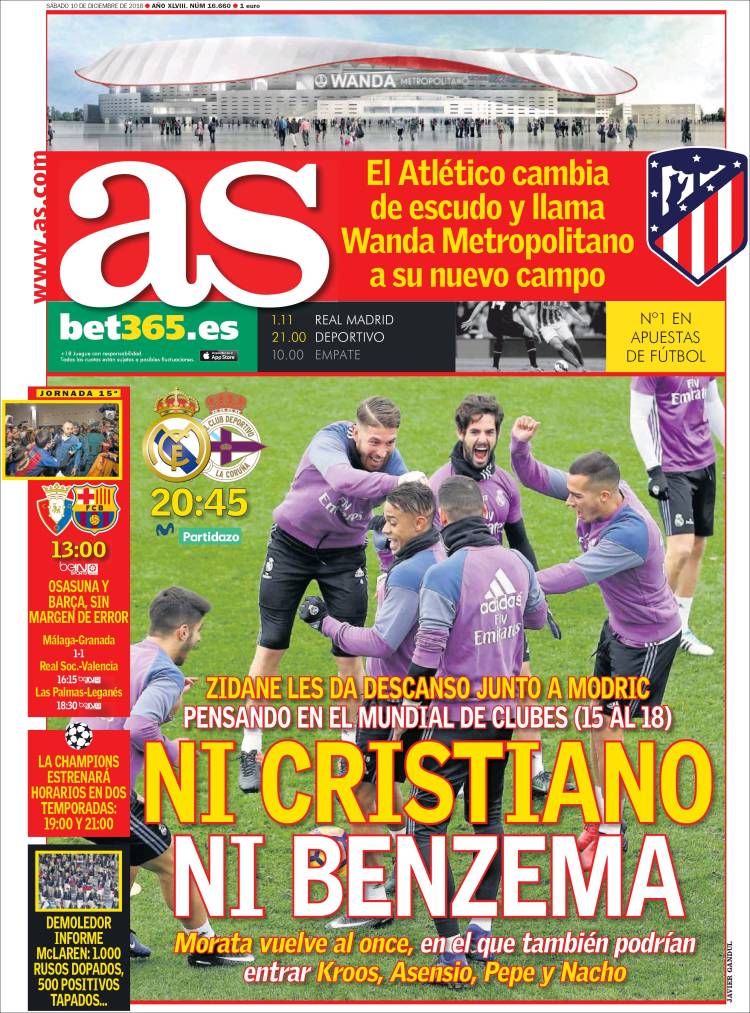 Neither Cristiano nor Benzema

Zidane rests them, along with Modric

Thinking about the Club World Cup (December 15 to 18)

Morata will return to the XI as Kroos, Asensio, Pepe and Nacho may also enter

Osasuna and Barca, without margin of error 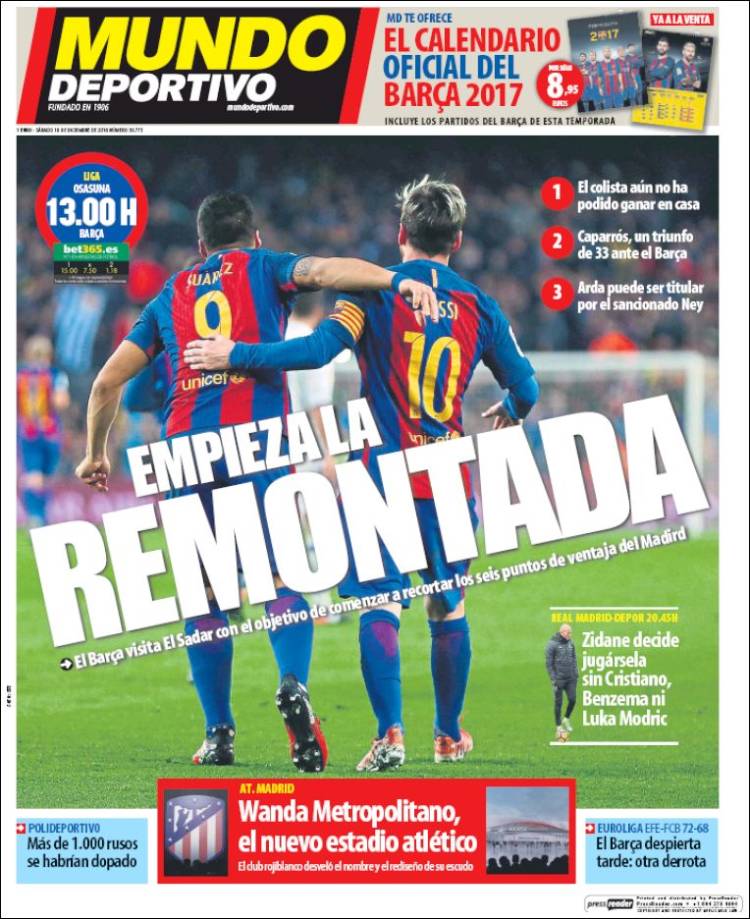 The bottom team have not yet won at home

Caparros, one win in 33 against Barca

Arda could start in place of the suspended Ney

Zidane decides to play without Cristiano, Benzema and Luka Modric

Los Rojiblancos unveiled the name and redesign of their new badge