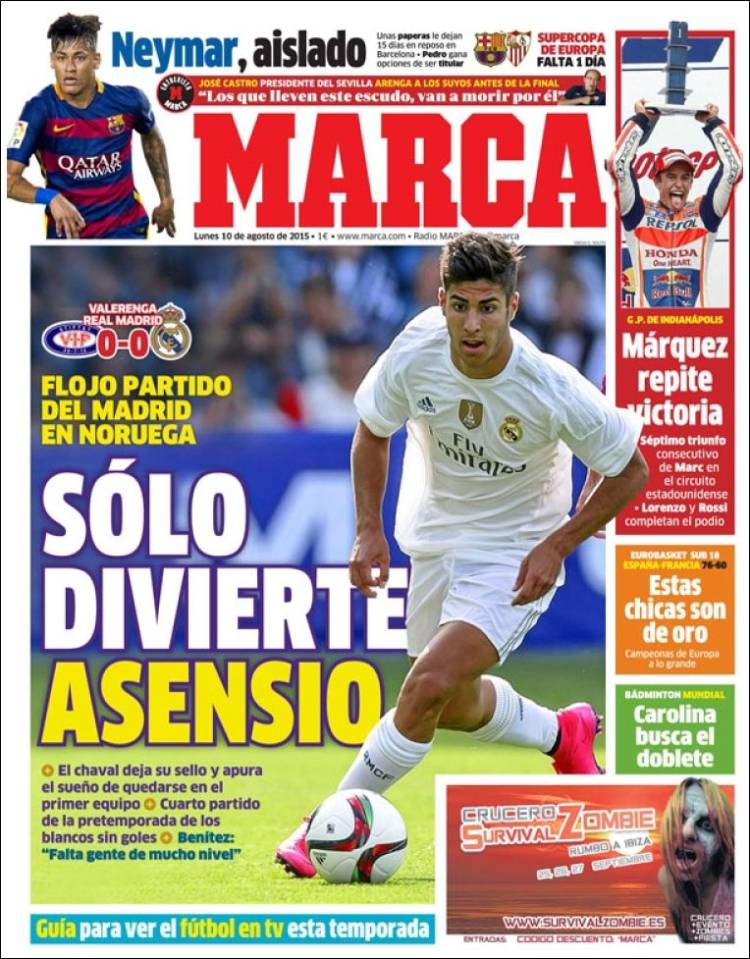 Sloppy game for Madrid in Norway

Mumps leaves him with 15 days rest in Barcelona

Pedro increases his chances of starting

European Super Cup one day away

Jose Castro, President of Sevilla, harangues his people before the match

“Those who wear this badge are going to die for it” 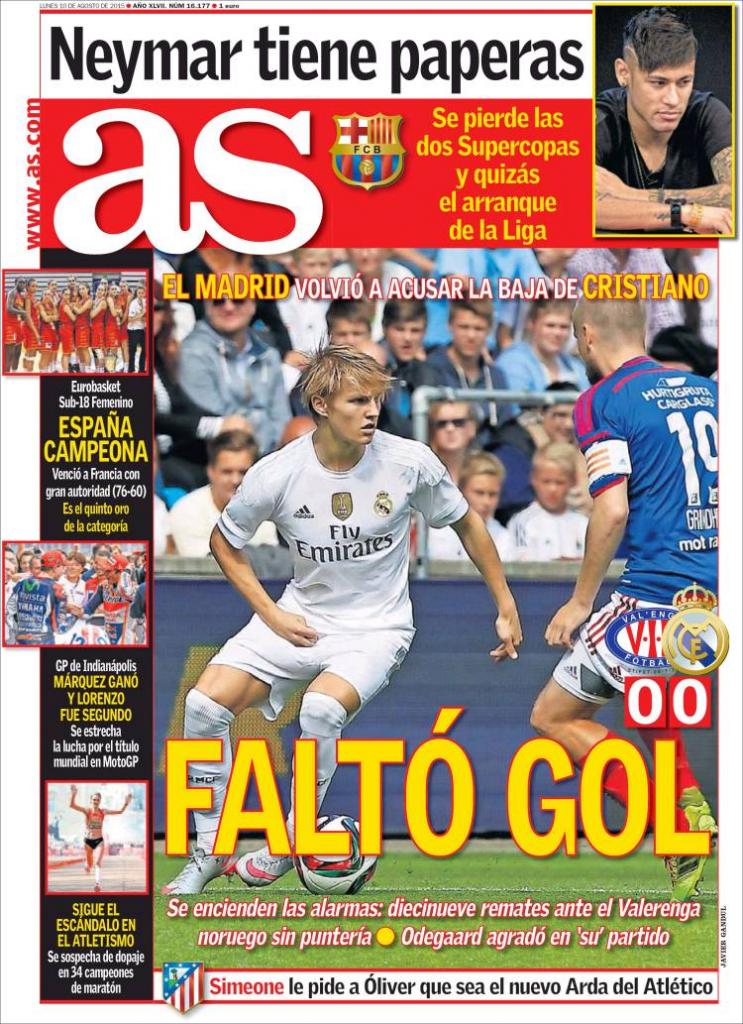 The alarms sound: 19 shots against Norway’s Valerenga without finding the net

Odegaard pleased with ‘his’ game

Simeone asks Oliver to be the new Arda at Atletico 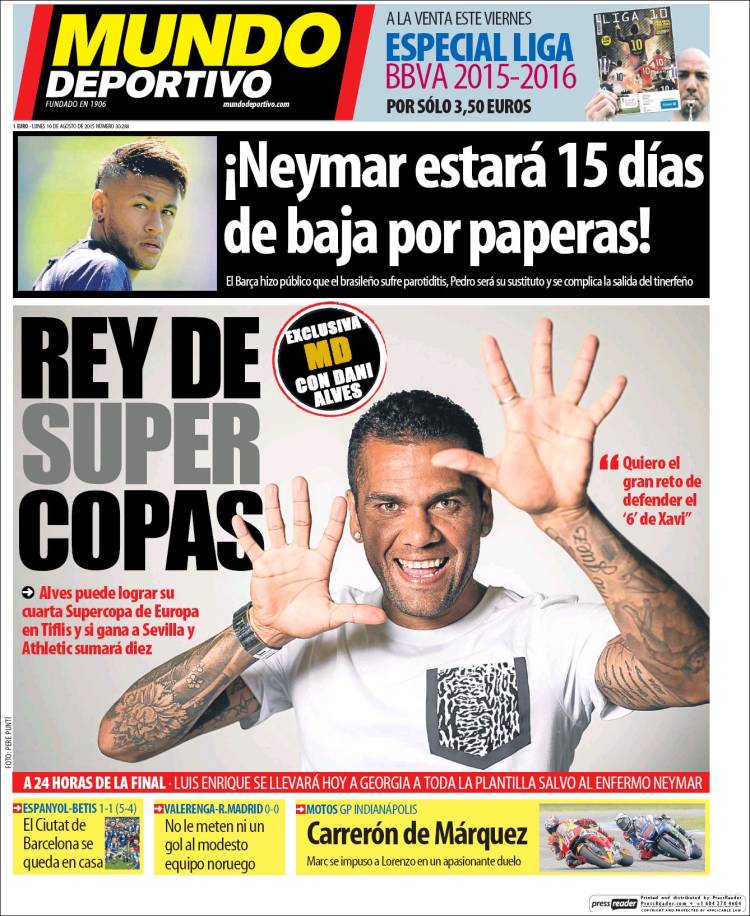 King of the Super Cups

Alves can win his fourth UEFA Super Cup in Tbilisi and if he beats Sevilla and Athletic, can make it 10

“I want the challenge of defending the No 6 of Xavi”

Neymar will be out 15 days with mumps!

Barca make public the Brazilian is suffering from parotitis, Pedro will be the replacement and the exit of the Tenerife native is complicated

24 hours to the final: Luis Enrique today arrives in Georgia with the whole squad apart from the sick Neymar