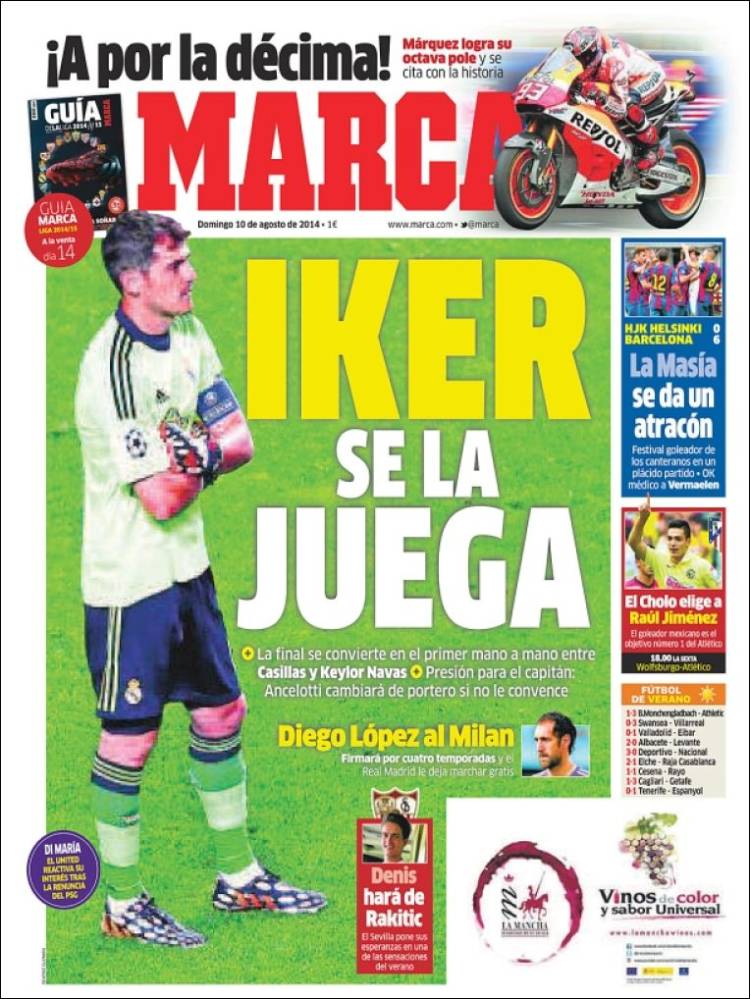 Pressure for the captain: Ancelotti will change the keeper if he does not convince

La Masia give out a stuffing

Goal fest from the youngsters and a placid game

The Mexican goalscorer is the No.1 target for Atletico

Denis will do a Rakitic 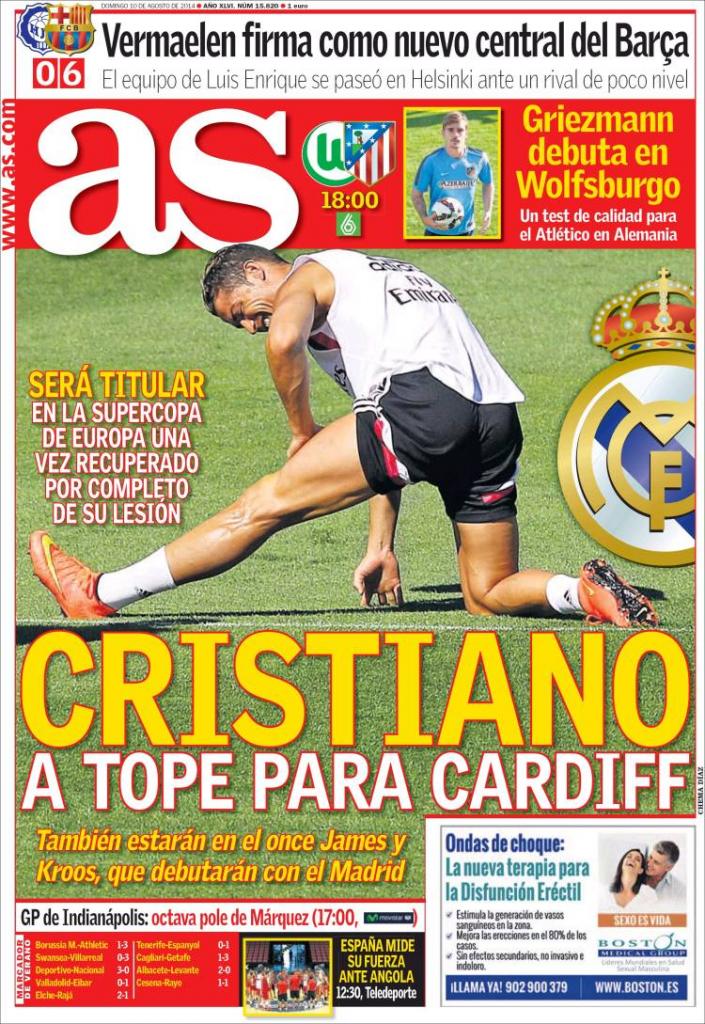 A test of quality for Atletico in Germany 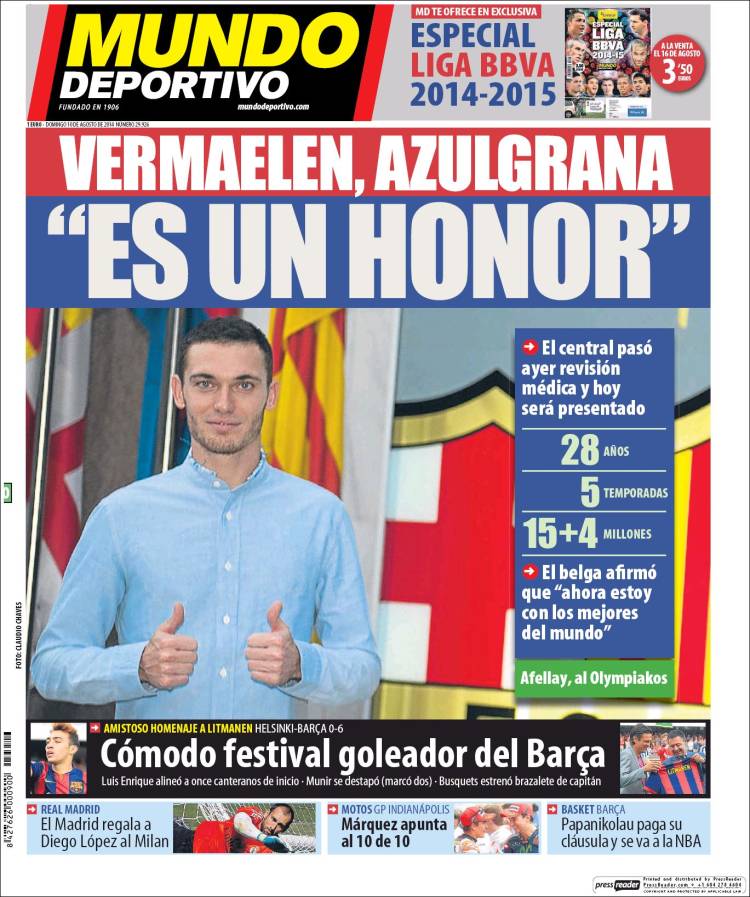 The centre-back passed his medical yesterday and will be presented today.

Madrid give away Diego Lopez