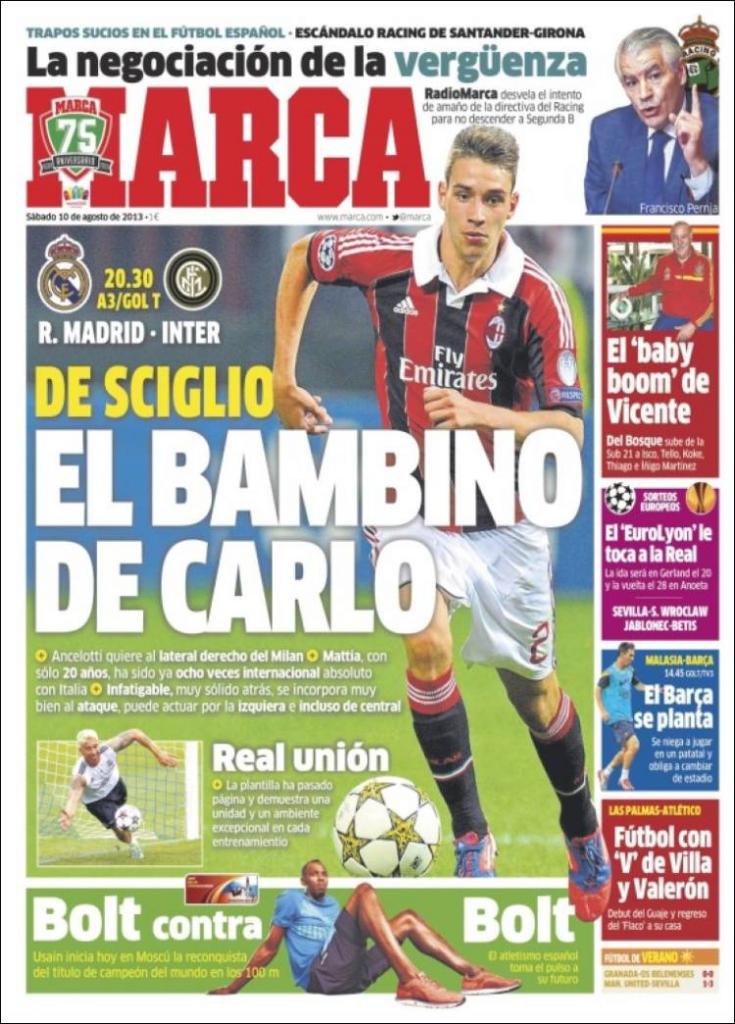 Mattia, at only 20, has already played for Italy eight times

Tireless, solid at the back, joins in the attack well, can play on the left and also as a central defender

Real Union: the squad have turned the page and will show a togetherness and exceptional atmosphere at every training session

The negotiations of shame

European draw: La Real get the ‘EuroLyon’ – the first leg will be in Gerland on the 20th and the return at Anoeta on the 28th

Malaysia-Barca, kick-off 2.45pm: Barca stick to their guns by refusing to play on a potato field and force a change of stadiums 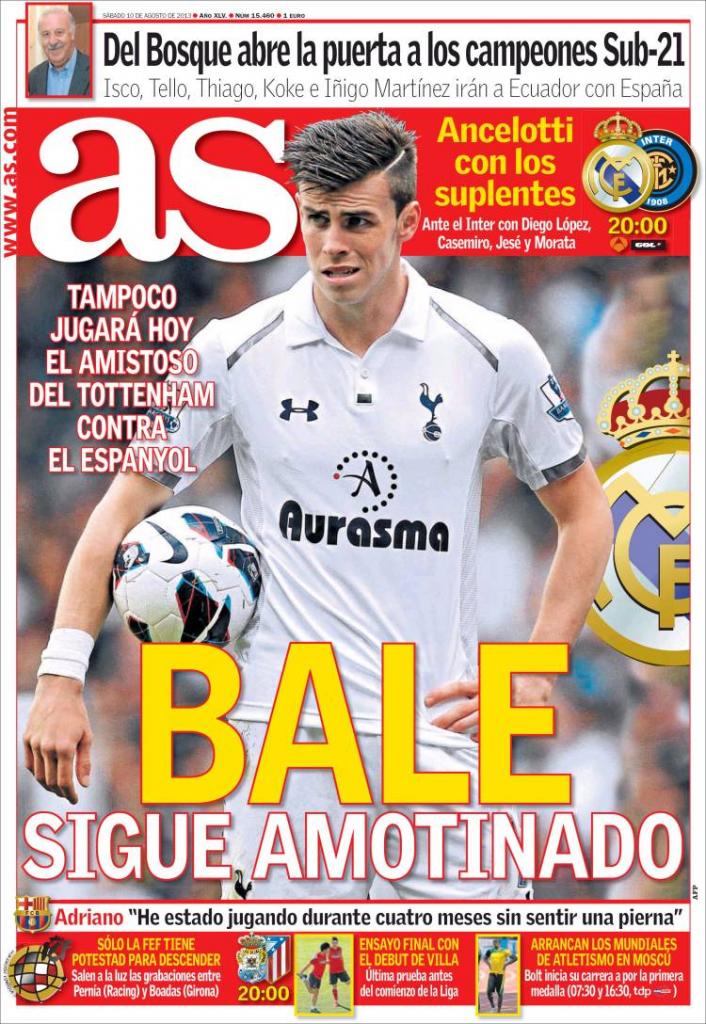 Neither will he play in Tottenham’s friendly with Espanyol

Del Bosque opens the door to the Under-21 champions

Isco, Tello, Koke, Thiago and Inigo Martinez will go to Ecuador with Spain

Ancelotti with the reserves: he will face inter with Diego Lopez, Casemiro, Jese and Morata

Adriano: “I’ve been playing for four months without feeling in one leg”

Only the FEF have the power to relegate clubs

Recordings come to light between Pernia (Racing) and Boadas (Girona) 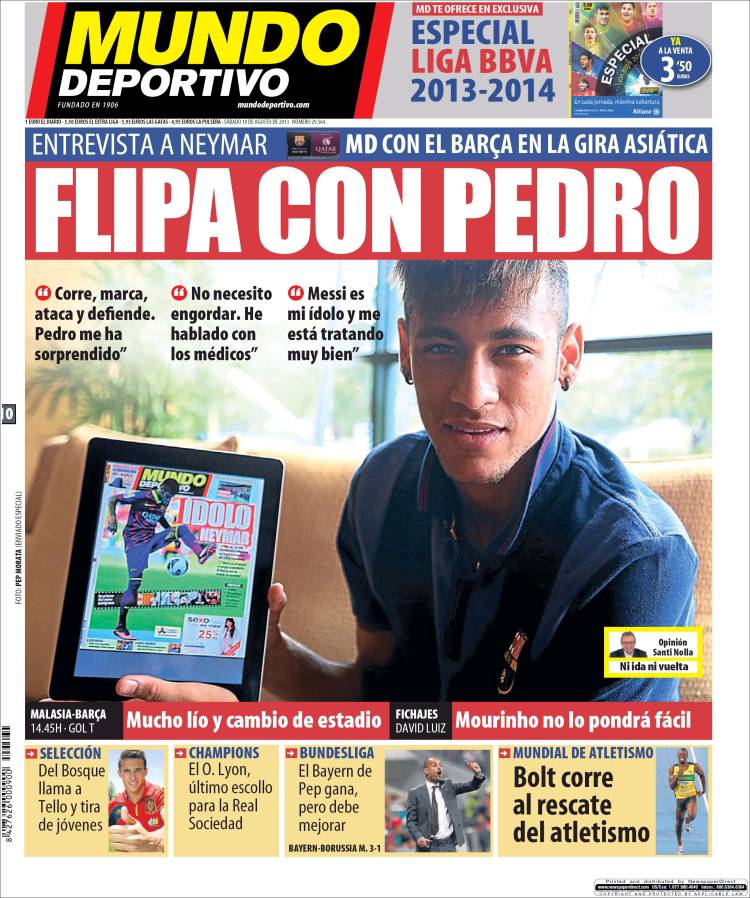 Having a great time with Pedro

Interview with Neymar – MD with Barca on their tour of Asia

“He runs, scores, attacks and defends. Pedro has surprised me”

“I don’t need to put on weight. I’ve spoken to the doctors”

“Messi is my idol and is treating me very well”

A big mess and a change of stadium

David Luiz: Mourinho will not make it easy

National team: Del Bosque calls up Tello and throws the youngsters in

Pep’s Bayern win but they must improve