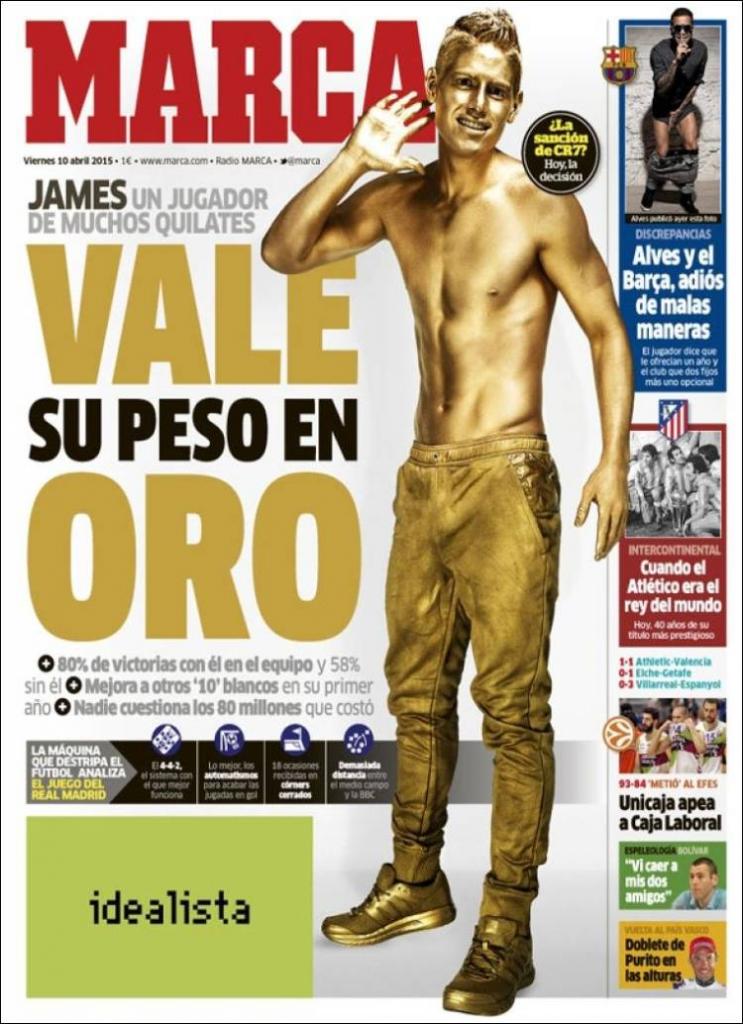 Worth his weight in gold

James, a player of many carats

Nobody questions the €80m he cost

The machine that breaks down football analyses Real Madrid’s play

The best, the automatic moves that finish off goal chances

They have had 15 chances from short corners

Too much distance between the midfield and the BBC

Disagreements: Alves and Barca, a goodbye with bad manners

The player says he has been offered one year, the club say it is two fixed plus one optional

Intercontinental: when Atletico were kings of the world

Today, it’s 40 years since their most prestigious title 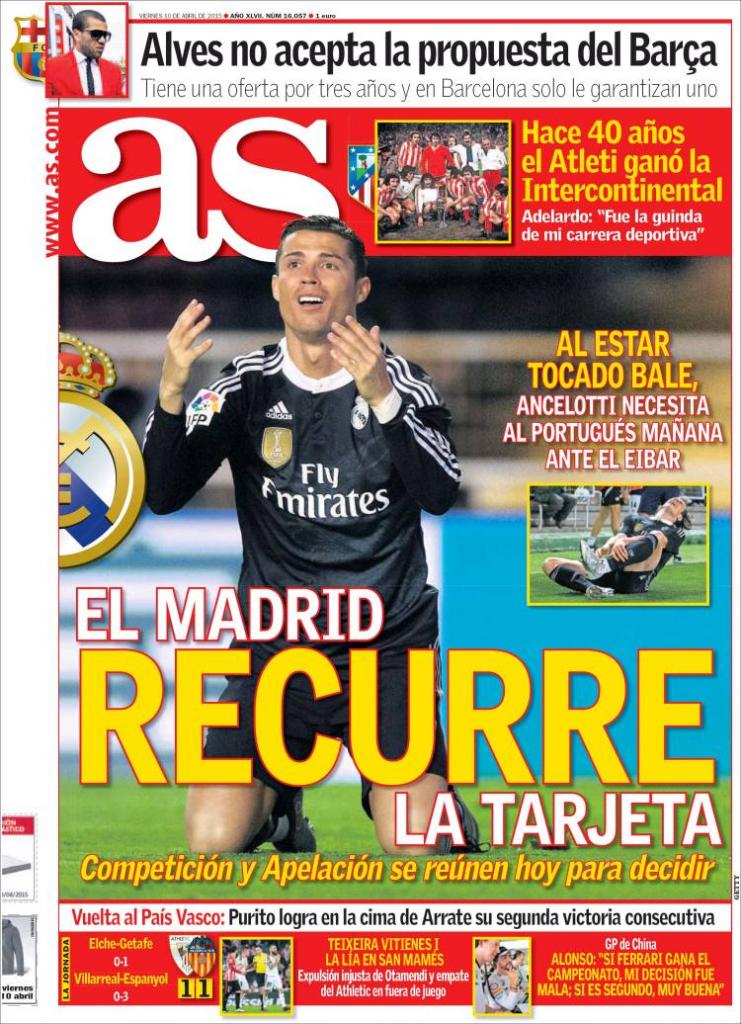 With Bale injured, Ancelotti needs the Portuguese tomorrow against Eibar

Alves doesn’t accept Barca’s proposal. He has an offer for three years and at Barcelona he is only guaranteed one

Adelardo: “It was the cherry on my sporting career”

Teixera Vitienes and the mess at San Mames. An unfair dismissal for Otamendi and Athletic draw with an offside goal 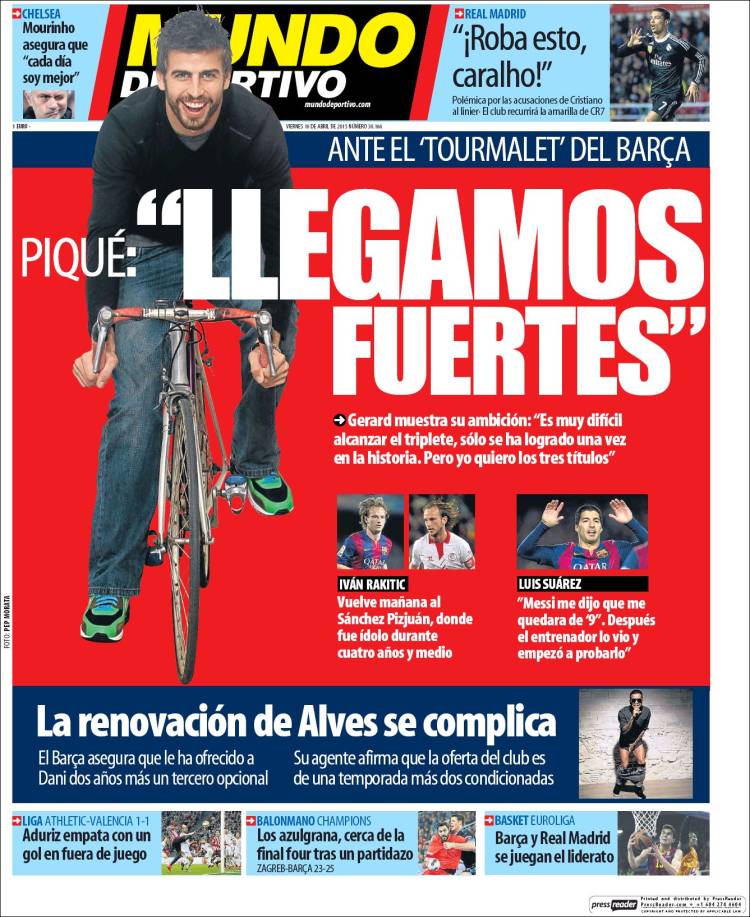 Pique: “We are getting strong”

Ahead of Barca’s ‘Tourmalet’ (hill climb)

Gerard shows his ambition: “It’s very difficult to achieve the treble as it has only been done once in history. But I want all three trophies”

Ivan Rakitic: he returns tomorrow at the Sanchez Pizjuan, where he was an idol for four-and-a-half years

Luis Suarez: “Messi told me he’d leave me the No 9. After that I saw the Coach and began to try it on”

Chelsea: Mourinho maintains that “every day I’m getting better”

Controversy with Cristiano’s accusations towards the referee’s assistant.