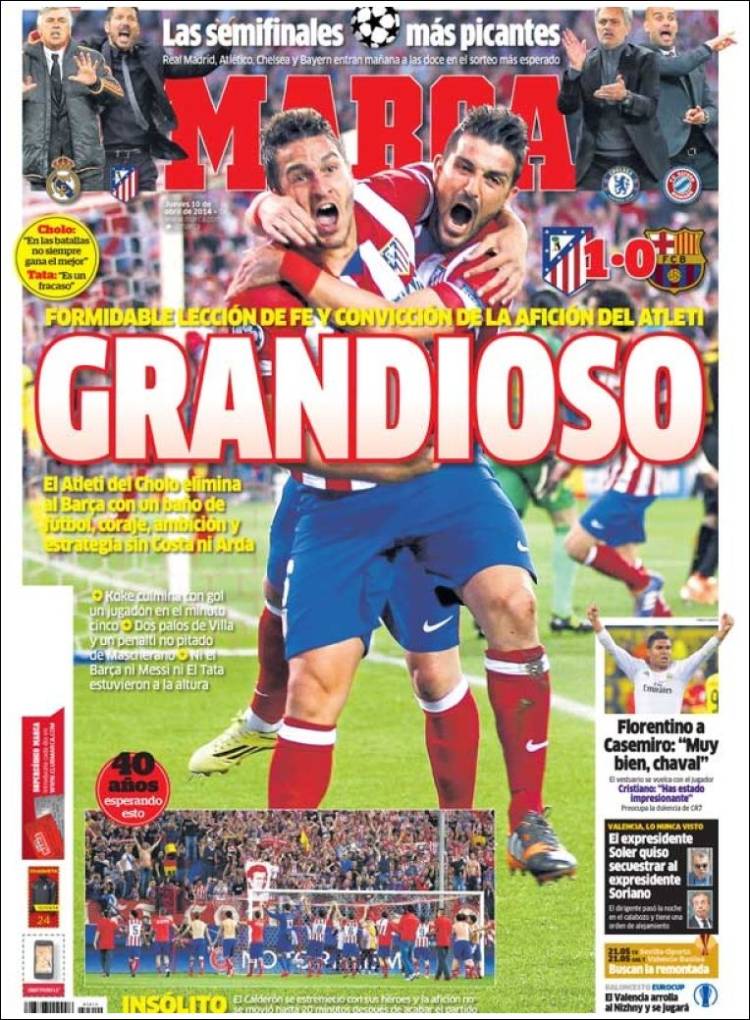 A formidable lesson in faith and conviction from Atleti’s fans

Simeone’s men eliminate Barca with great football, courage, ambition and strategy and do it without Arda Turan or Diego Costa

Koke got the goal after a spell-bounding opening play

Barca, nor Messi, nor Tata were at their best

Chelsea, Real Madrid, Barcelona and Bayern Munich go into a most anticipated draw for the semi-finals at 12pm

The Brazilian gets praise from the rest of the team

Ronaldo tells him: “You have been very impressive”

Valencia and Sevilla looking for a comeback 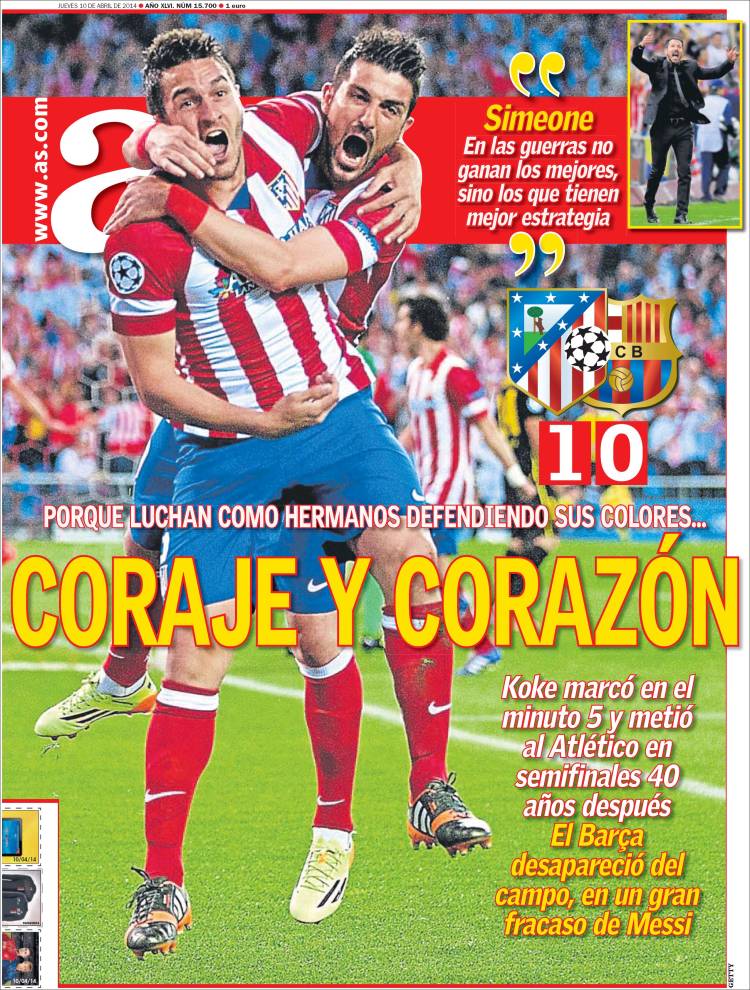 Barca were absent and Messi was a disaster

Simeone: “In the great battles, the best do not win but rather those with the best plan” 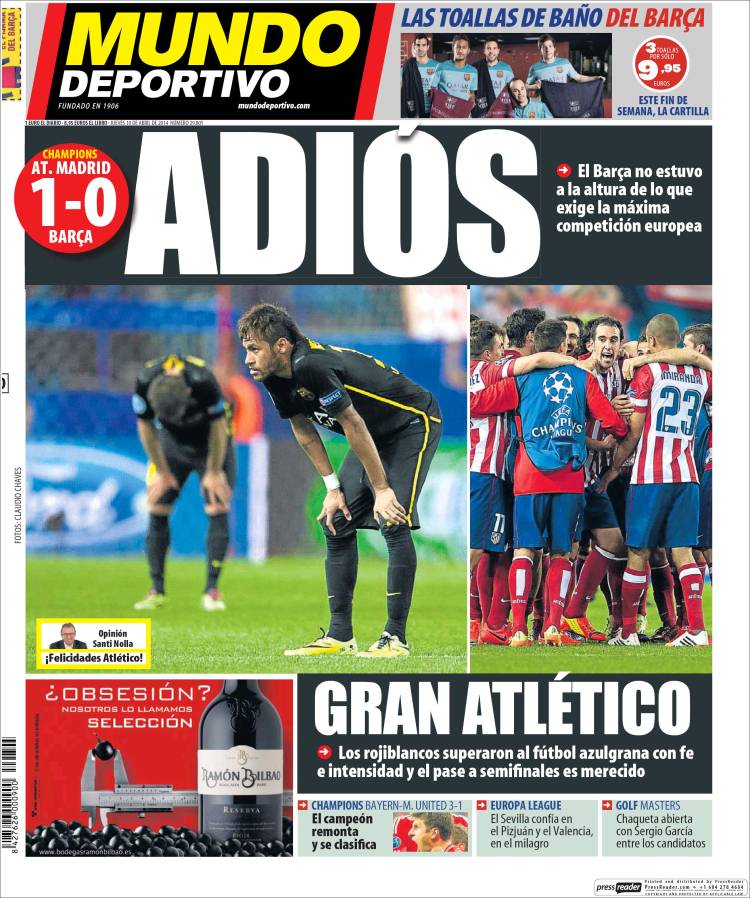 Great Atleti: The Rojiblancos overcame the Azulgranas with faith and intensity and deservedly progressed to the semi-finals

The reigning Champions come back to qualify

Europa League: Sevilla have faith and Valencia need a miracle