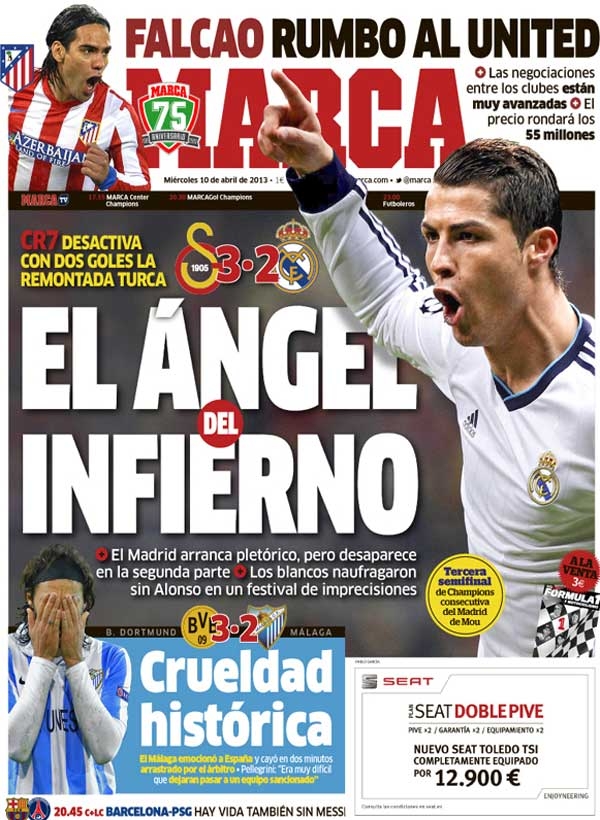 The Angel of hell

Los Blancos go under without Xabi in a festival of imprecision

Cruel: Malaga excite Spain and fall in the final minutes added on by the referee

Pellegrini:"It was made very diffcult for us"

Barcelona: Today there is life without Messi

The negotiations between the clubs are at an advanced stage

The price is around 55 million 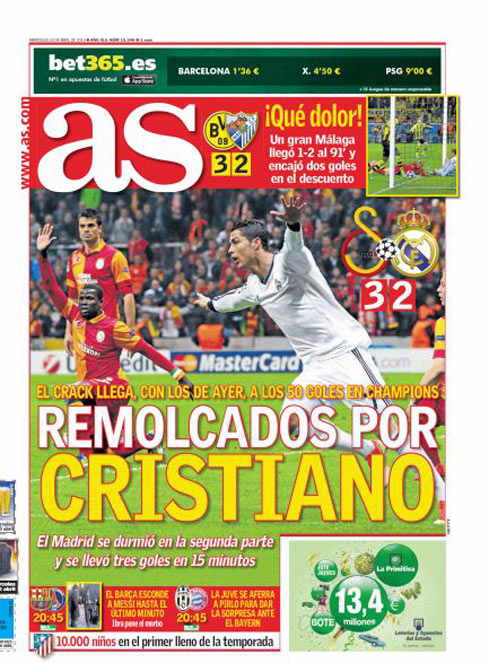 The 'crack' arrives, with his two goals yesterday he now has 50 goals in the Champions League

Barca keeping quiet about Messi until the last minute

Juve to look to Pirlo to give a surprise against Bayern 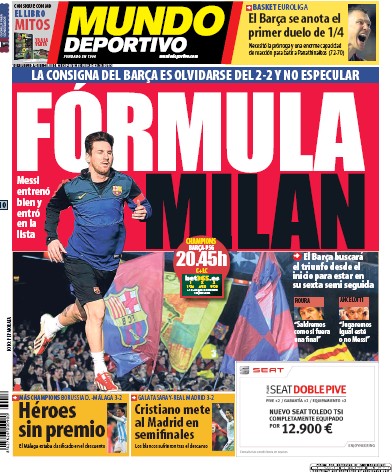 Messi trains well and is in the squad

Ancelotti: "We will play the same with or without Messi"

The order for Barca is to forget the 2-2 draw

Malaga looked like they had qualified until the final minutes

Los Blancos suffer after the break