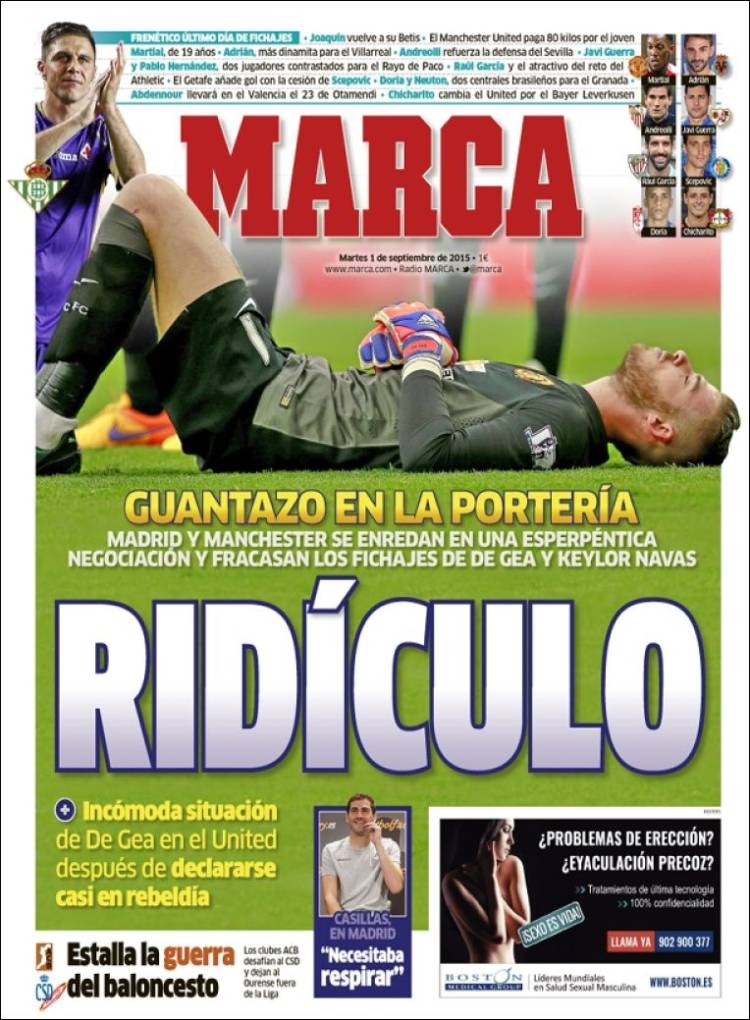 Giant slap in the goalkeeper’s face

Raul Garcia and the appeal of the challenge of Athletic

Getafe adds goals with the loan of Scepovic

Abdennour takes the 23 of Otamendi at Valencia

“I needed to breathe” 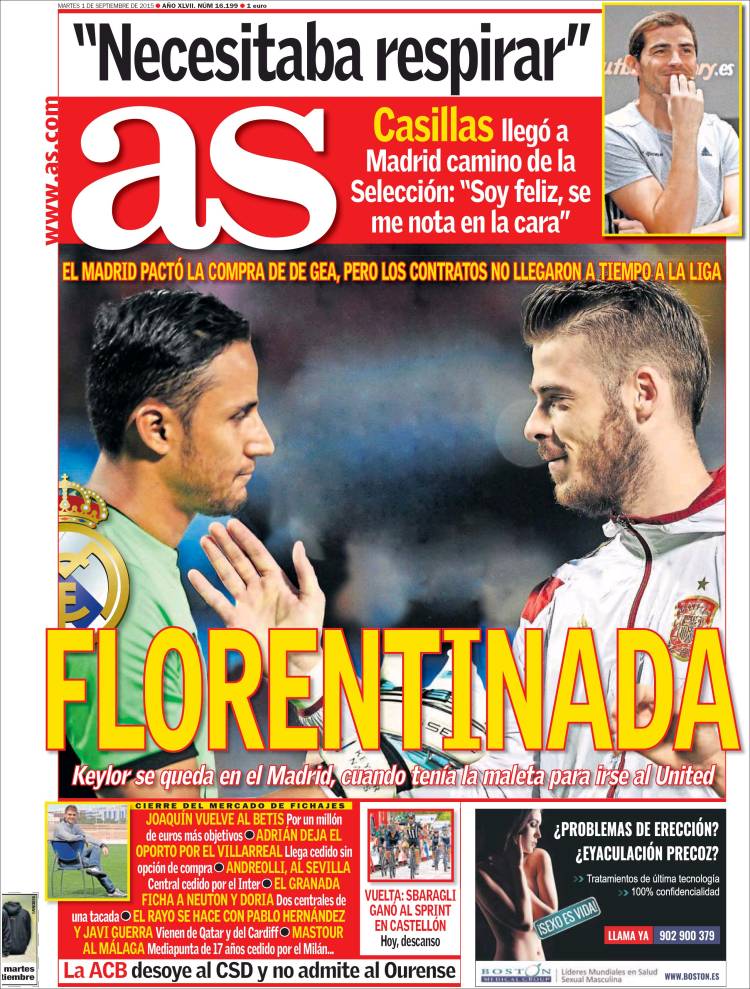 Keylor remains in Madrid, when he had his bags packed for United

“I needed to breathe”

Casillas came to Madrid on the way to the national team: “I’m happy. You can see it on my face”

Joaquin returns to Betis for a €1m more in bonuses

Granada sign Neuton and Doria - Two centre-backs in one go 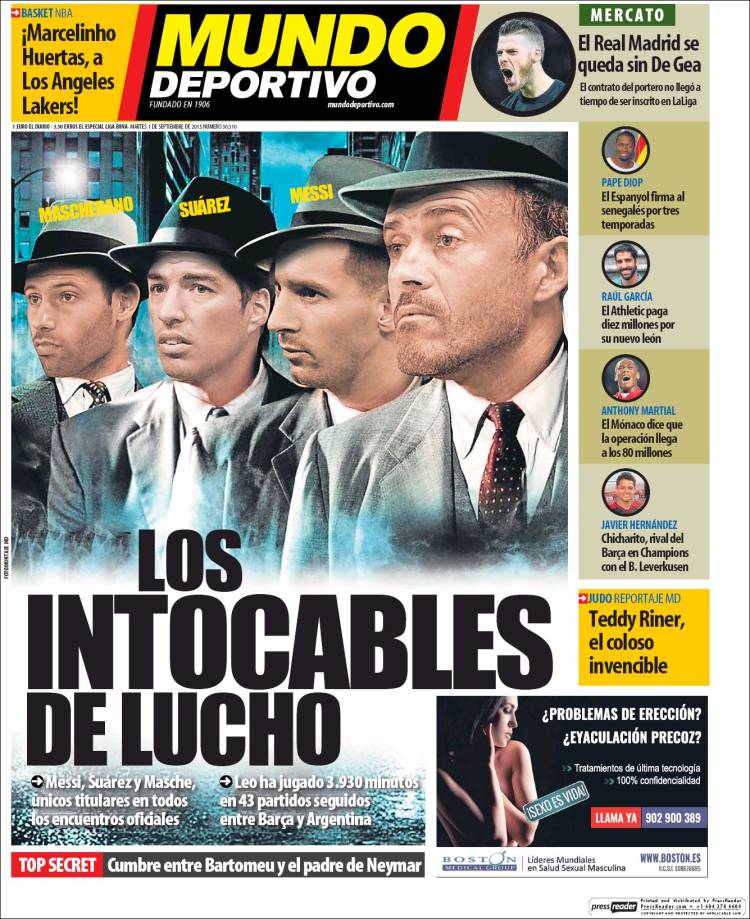 Mascherano, Suarez, Messi, only starters in every official game

Leo has played 3,930 minutes in 43 consecutive matches for Barca and Argentina

Chicharito, rival to Barca in the Champions League with Bayer Leverkusen