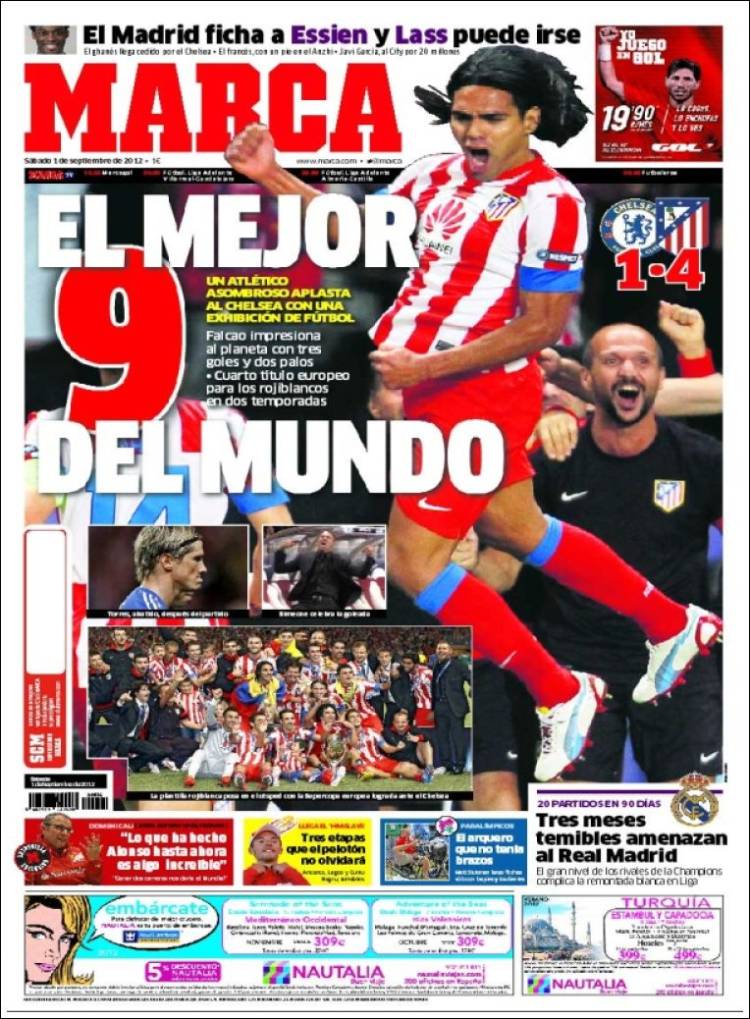 The best No 9 in the world: Falcao impresses the planet with three goals and two shots against the woodwork

Amazing Atletico crush Chelsea with a fantastic exhibition of football

A fourth European title for Los Rojiblancos in two seasons 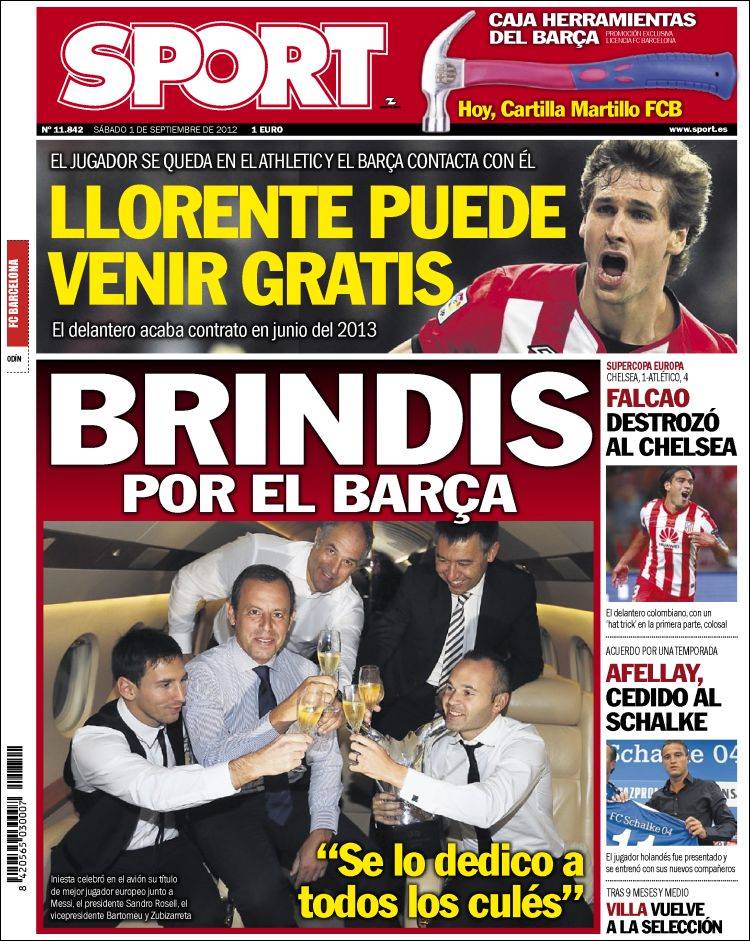 A toast to Barca

Iniesta celebrates his title as Europe's best player on the plane next to Messi, President Sandro Rosell, Vice-President Bartomeu and Zubizarreta

"This is dedicated to all Cules"

Llorente could arrive free: the player stays at Athletic and Barca contact him

The striker is out of contract in June 2013

Falcao destroys Chelsea: the Colombian striker is colossal with a hat-trick in the first half

Afellay goes on loan to Schalke: the Dutch player has been presented and trained with his new teammates

Villa returns to the national team 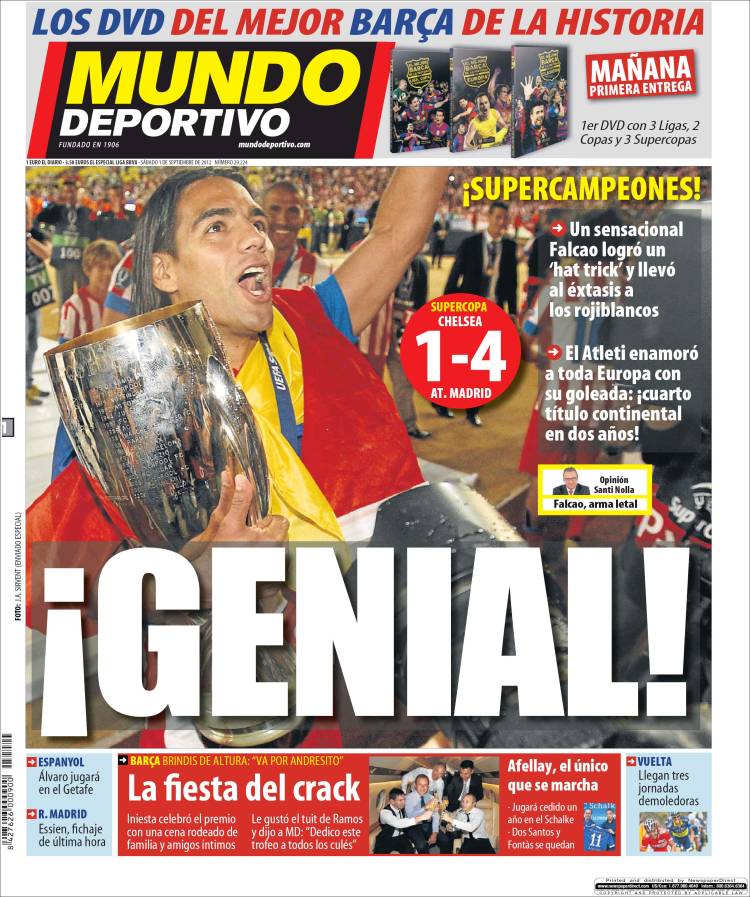 Atleti impress the whole of Europe with their goals - a fourth continental title in two years!

Espanyol: Alvaro will play at Getafe

The 'crack' has a party: Iniesta celebrates surrounded by his family and close friends

Afellay, the only one to leave: he will play on loan at Schalke for a year