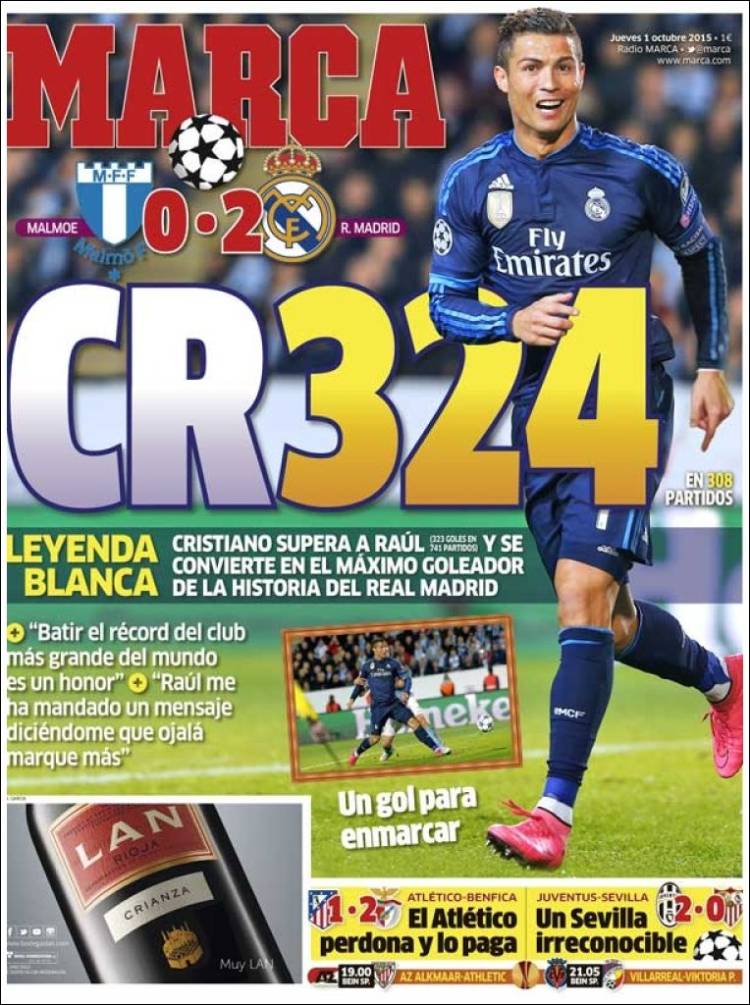 A goal for framing

Atletico forgive and pay for it 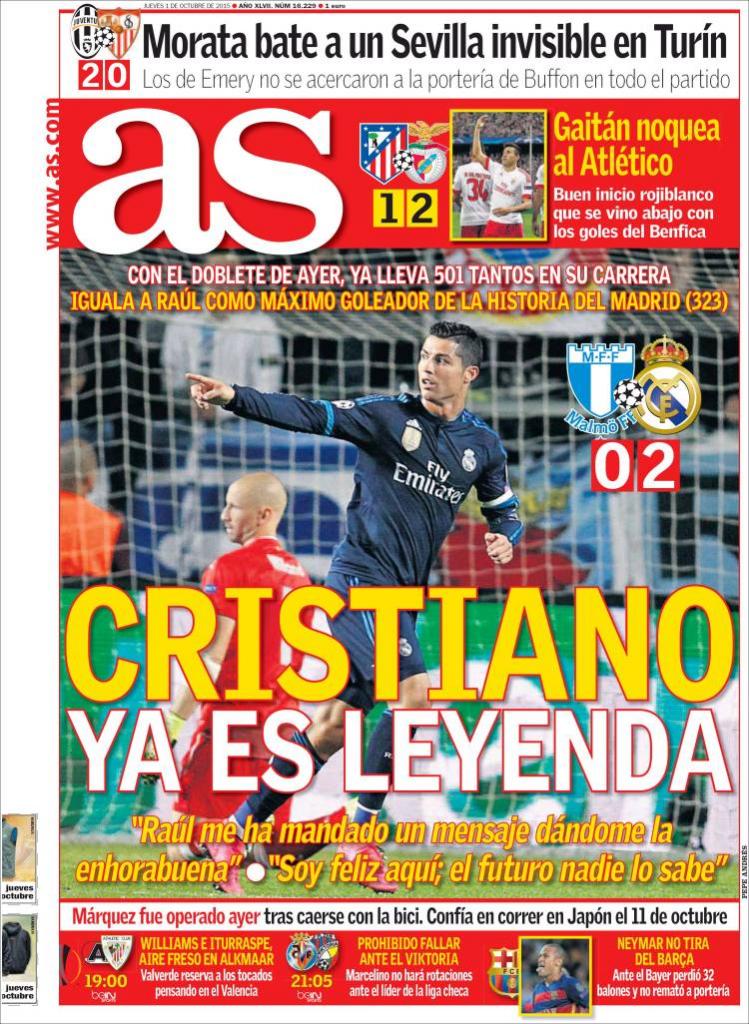 Cristiano is a legend

With a double yesterday, he reaches 501 goals in his career

“Raul sent me a message of congratulations”

Not allowed to fail against Viktoria 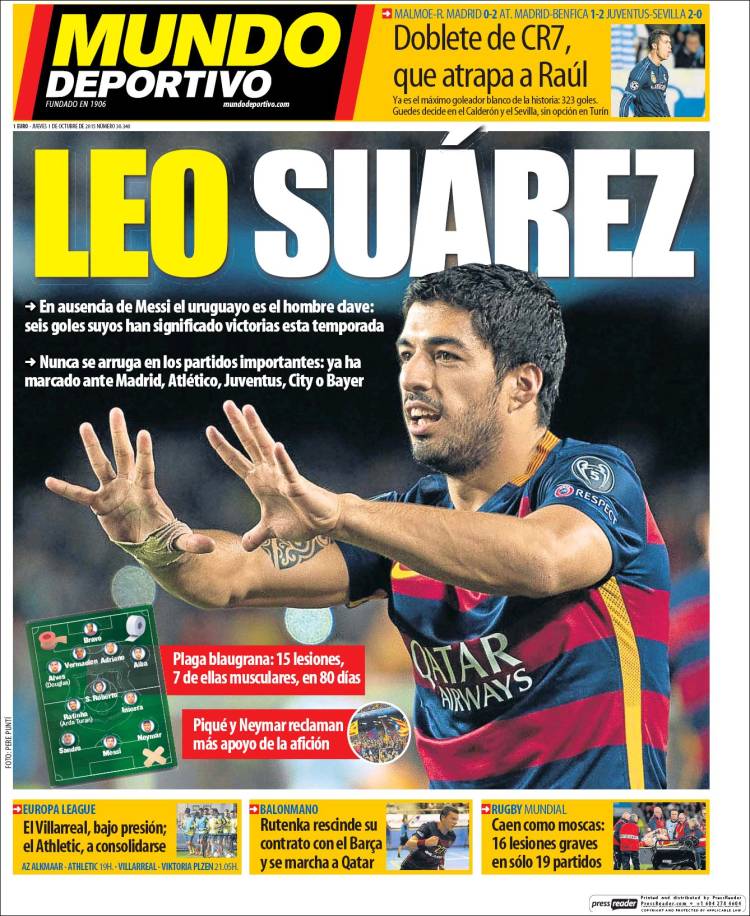 In the absence of Messi the Uruguayan is the key man: His six goals have meant significant victories this season

Double for CR7 that catches Raul

He is the highest goal scorer in Blanco history: 323 goals

Guedes decides it in the Calderon and Sevilla, no option in Turin

15 injuries, seven of them muscular, in 80 days

Pique and Neymar demand more support from the fans