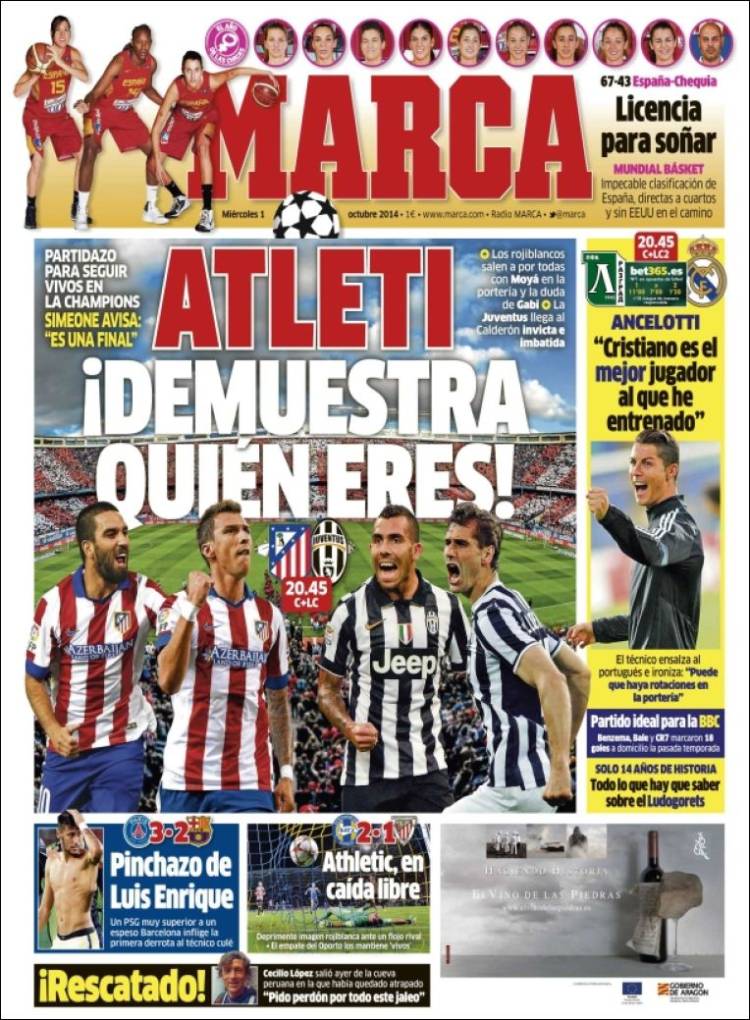 Atleti: Show Who You Are!

A great game to follow live in the Champions League

Juventus arrive at the Calderon unconquered and unbeaten

Ancelotti: “Cristiano is the best player I have coached”

The Coach praises the Portuguese and speaks ironically: “There could be rotations in goal”

Ideal game for the BBC; Benzema, Bale and CR7 scored goals away from home last season

Only 14 years of history; all you need to know about Ludogorets

Disappointing showing from the Reds against a focused opponent 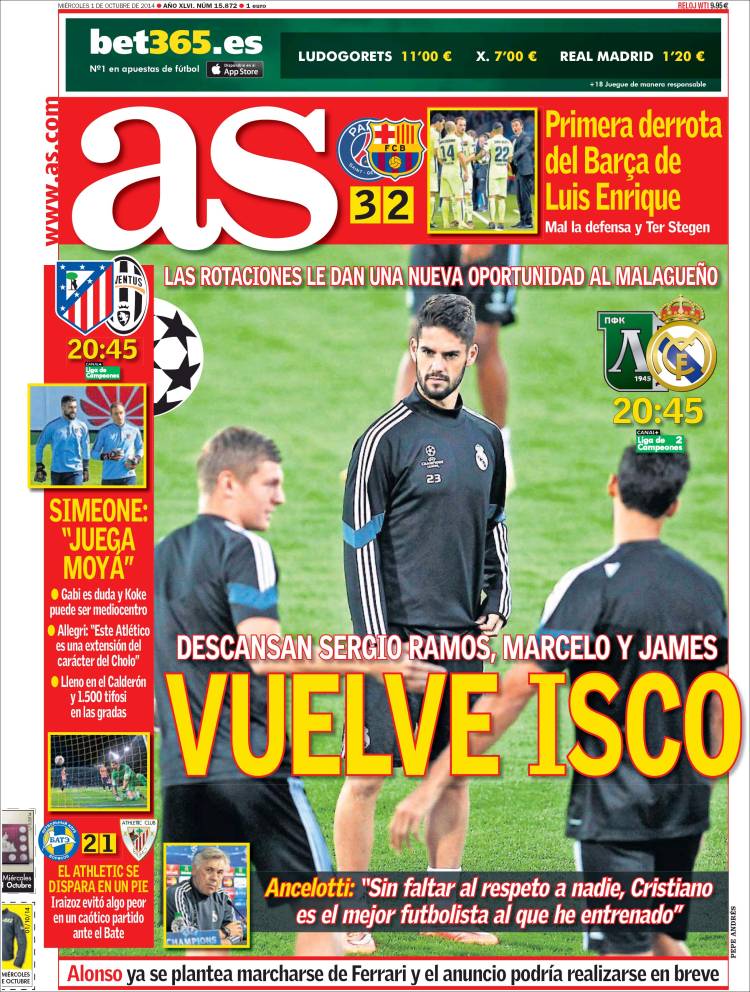 The rotations give the Malaga-born player a new opportunity

Ancelotti: “Without showing disrespect to anybody, Cristiano is the best player I’ve coached”

Gabi is a doubt and Koke could play in central midfield

Allegri: “This Atletico is an extension of Cholo’s character”

The Calderon will be full with 1,500 Juventus fans in the stands

Athletic shoot themselves in the foot

Iraizoz avoids a worse humiliation in a chaotic game against BATE 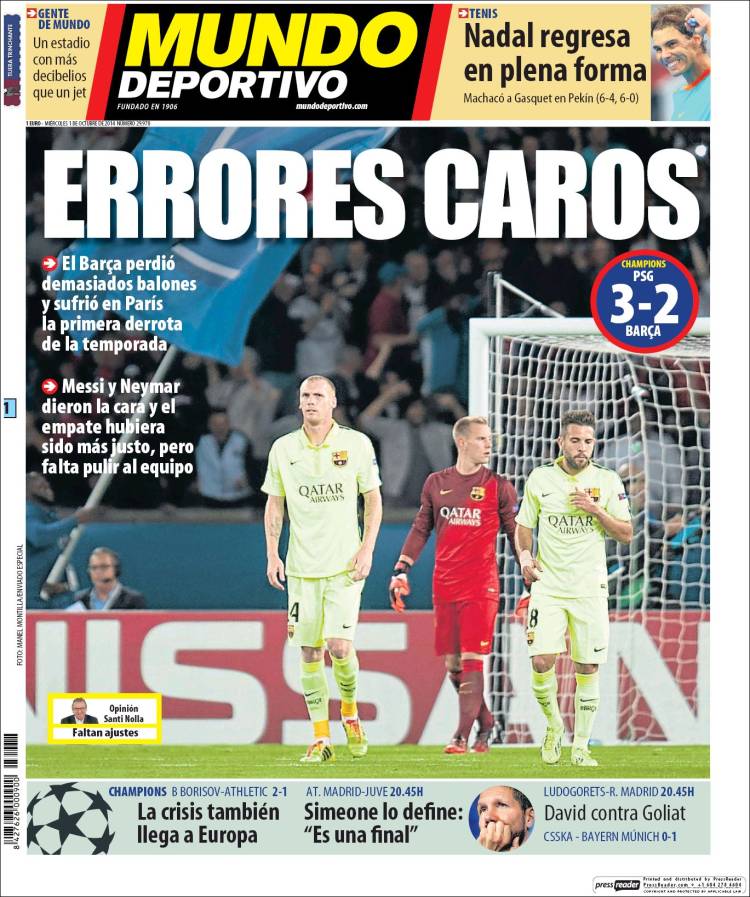 Messi and Neymar shone and a draw would have been a fair result, but the team lacked polish

People of the world; a stadium with more decibels than a jet

Simeone defines it: “It’s a final”