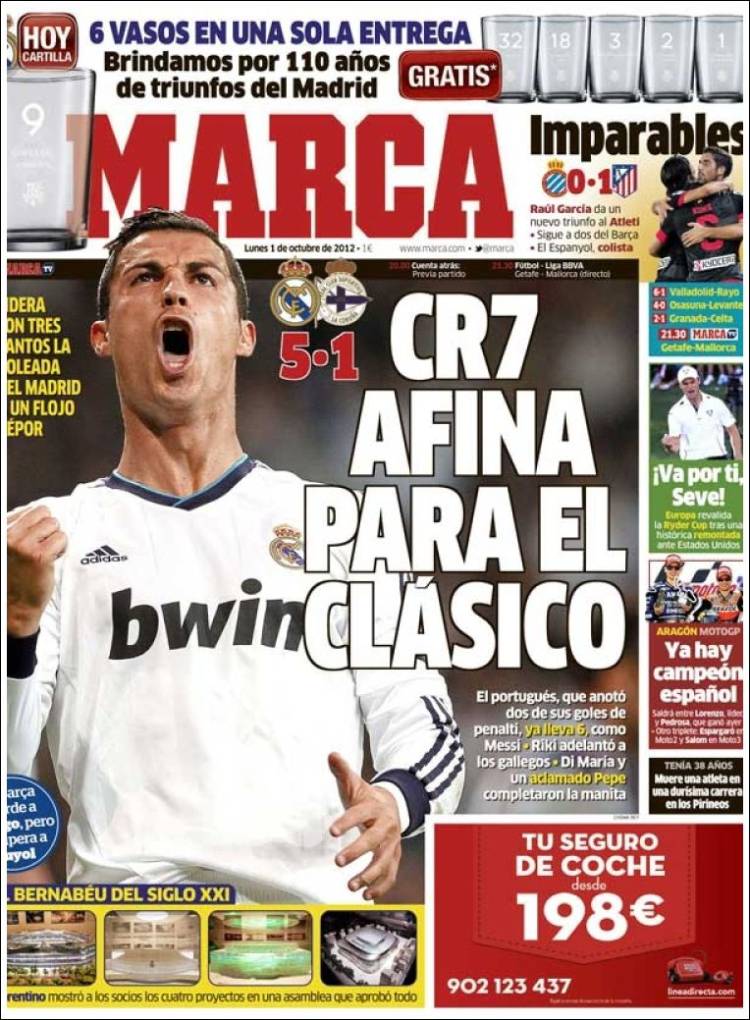 CR7 tunes up for El Clasico

The Portuguese, who scored two of his goals from the penalty spot, now has six, the same as Messi

Riki put the Galicians ahead

Di Maria and the acclaimed Pepe complete the five-goal haul 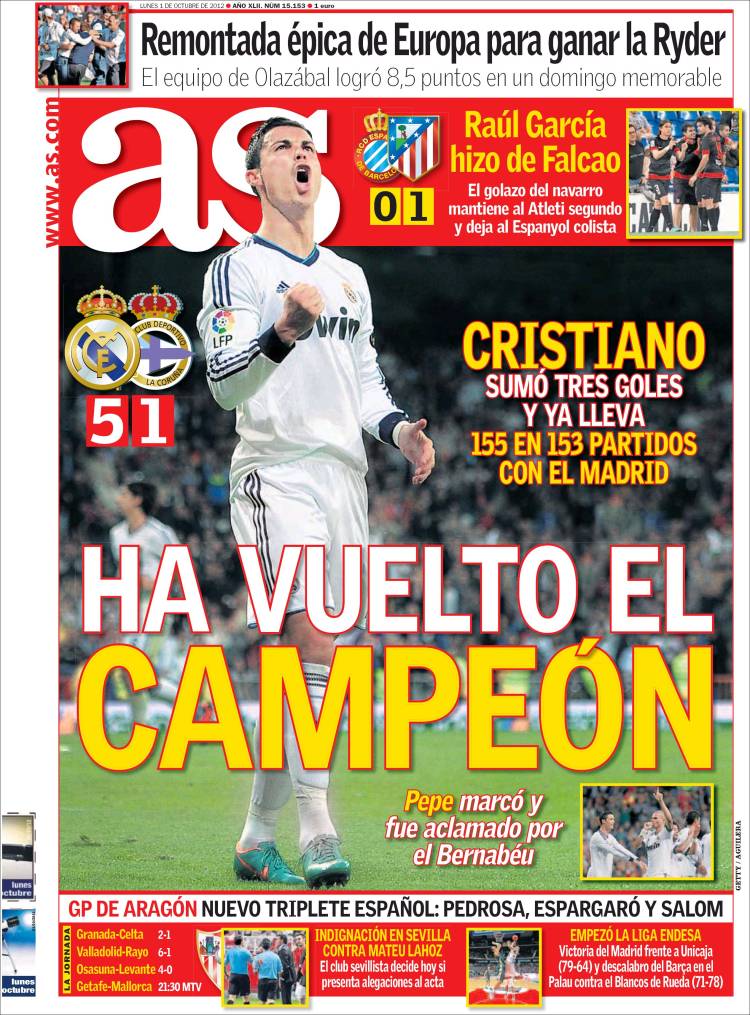 The champion returns: Cristiano gets three and now has 155 in 153 games with Madrid

Pepe scored and was acclaimed by the Bernabeu

Indignation in Sevilla against Mateu Lahoz: they will decide today whether or not to complain about the decision 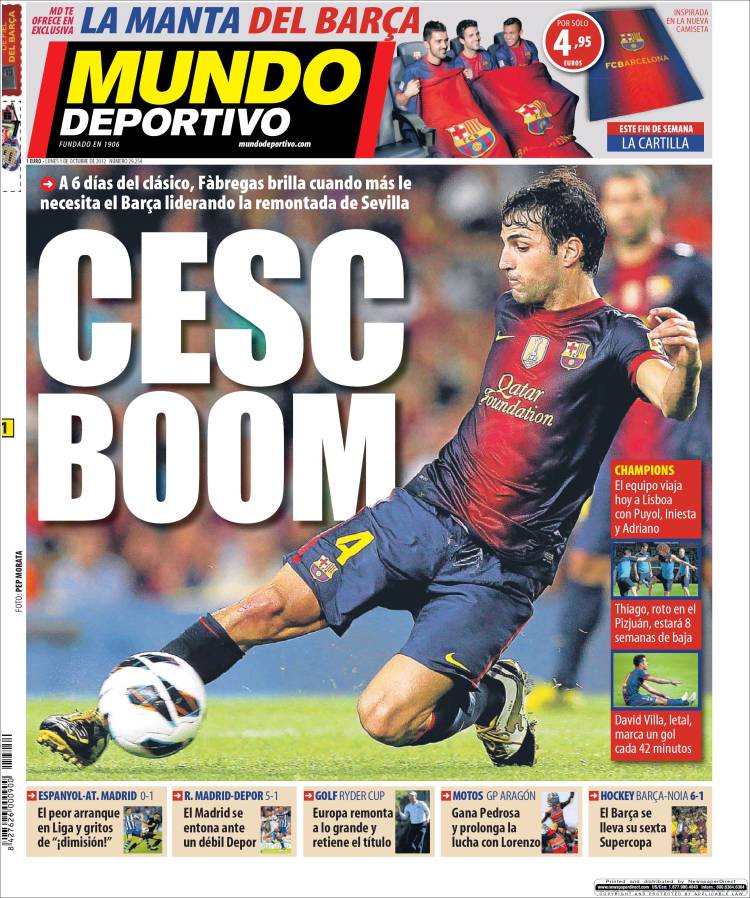 Cesc Boom: six days before El Clasico, Fabregas shines when Barca needs him most and leads the fightback against Sevilla

The team travels to Lisbon today with Puyol, Iniesta and Adriano

Thiago, injured in the Pizjuan, will be out eight weeks

Espanyol: worst-ever start to La Liga and shouts of "resign!"

Madrid tone up against a weak Depor