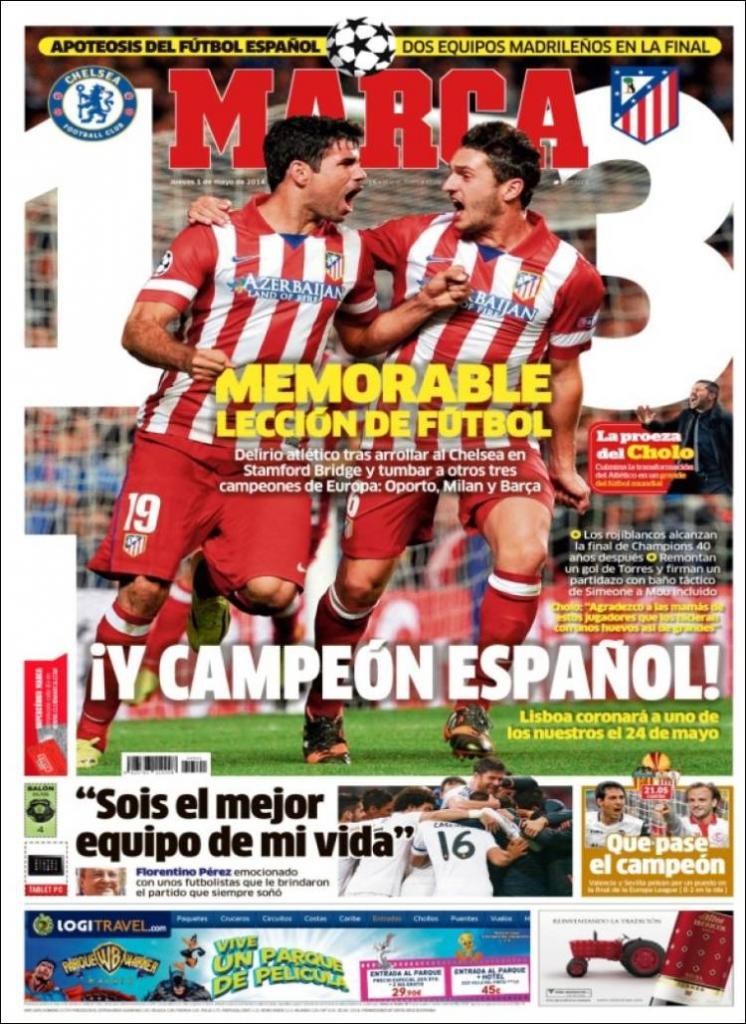 A memorable lesson in football

Atletico went delirious after rolling over Chelsea at Stamford Bridge and knocking out another former champion after eliminating Porto, Milan and Barca

El Cholo: "I have to say thank to the mothers of these players because boy do they have cojones"

And the champion is Spanish

Lisbone will crown one of our teams champions in 2014

"You are the best team I have seen in my life," An ecstatic Florentino Perez tells his side

Who will become champion? 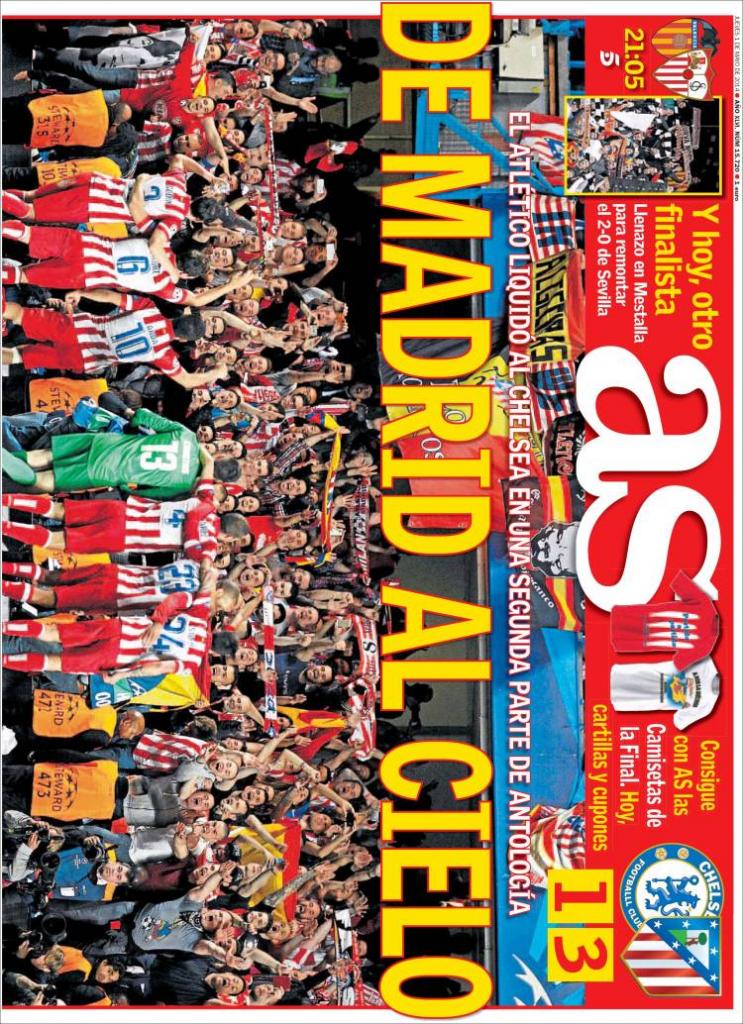 Atletico accounted for Chelsea in an amazing second half display

And today another Spanish team will become a finalist 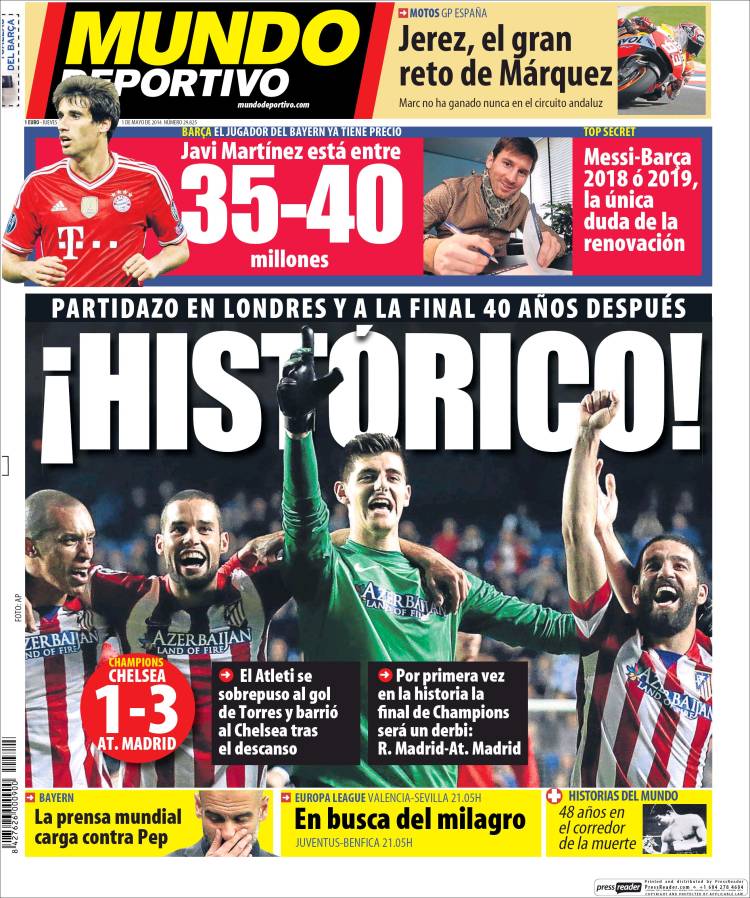 For the first time in history, both finalists come from the same city; it is a derby

Jerez, the great challenge for Marquez

In search of a miracle