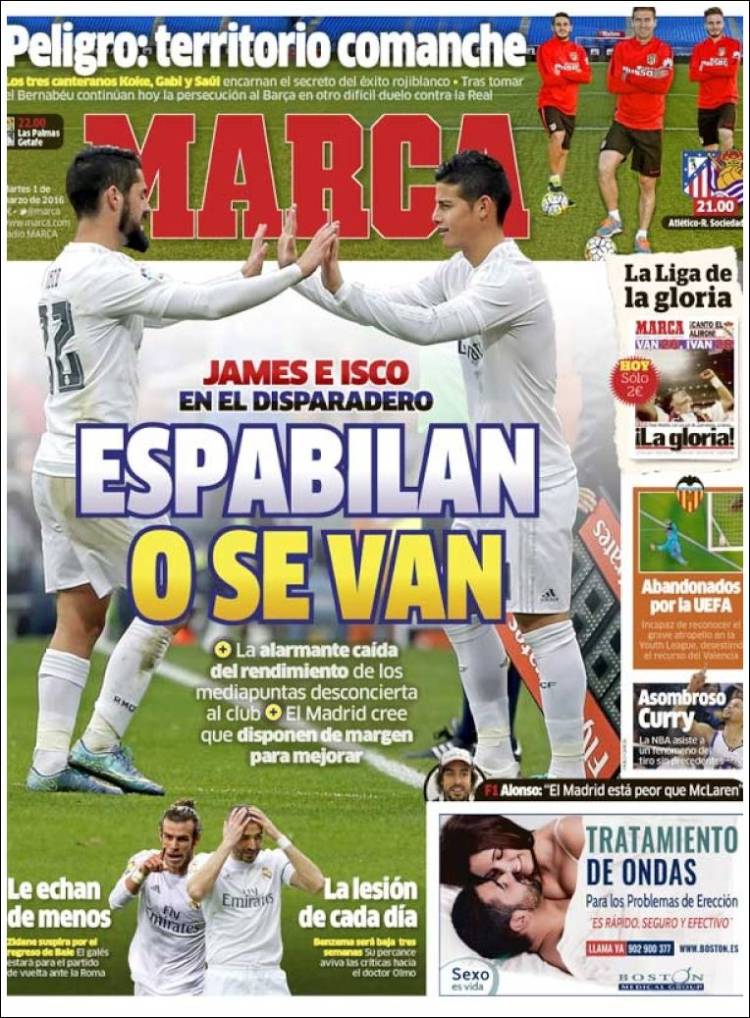 James and Isco on the trigger

Wise up or go

Madrid believes they have room to improve

The Welshman will return for the game against Roma

Benzema will be out for three weeks

Unable to recognise the serious abuse in the Youth League, Valencia’s appeal is dismissed 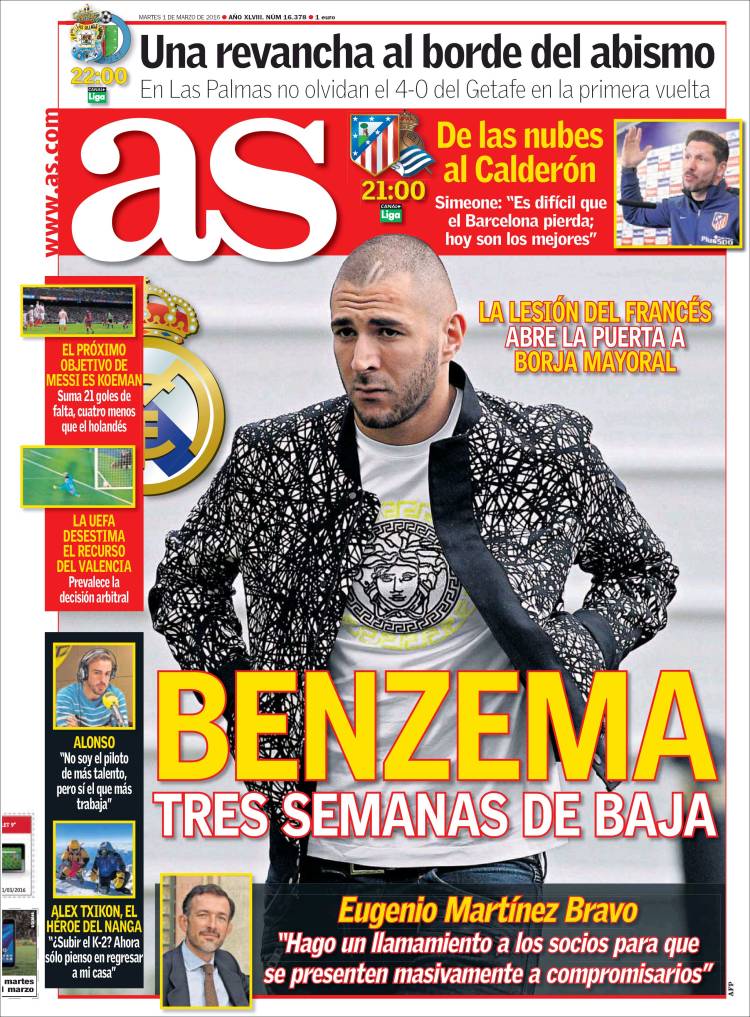 A rematch at the edge of the abyss

The clouds at the Calderon

The Frenchman’s injury opens the door to Borja Mayoral

“I appeal to members to present en masse to delegates”

Messi’s next objective is Koeman 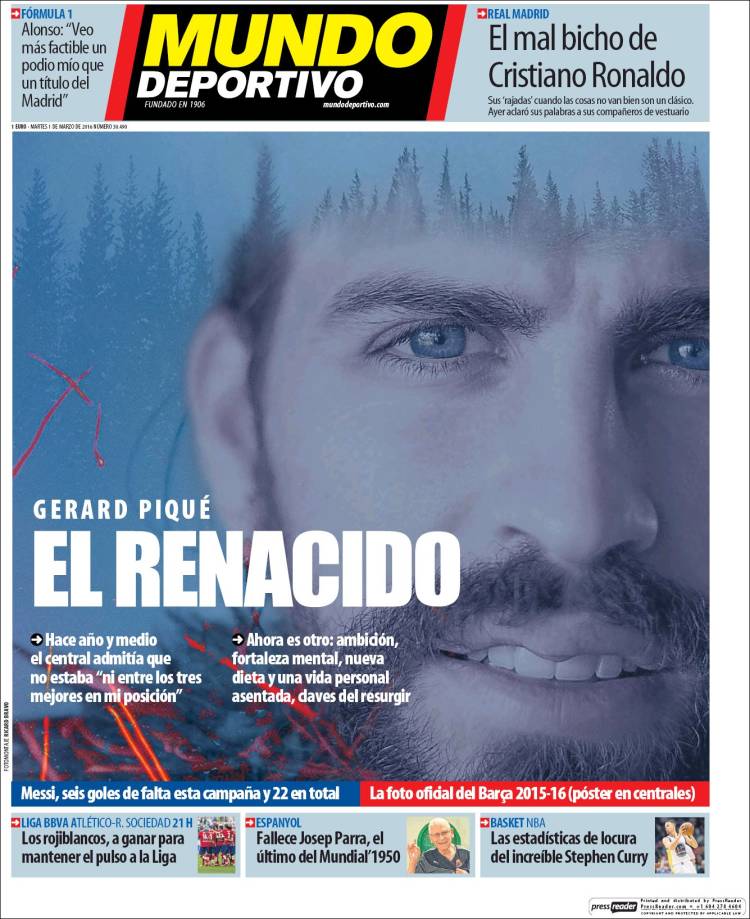 The bad bug of Cristiano Ronaldo

His ‘crack’ when things aren’t going well is classic. Yesterday he clarified his words to his teammates

Now it is different: ambition, mental strength, a new diet and a settled personal life, keys to the resurgence

Messi, six free kick goals in this campaign and 22 in total

Los Rojiblancos, a win to maintain the momentum in La Liga

Josep Parra passes away, the last of the 1950 World Cup