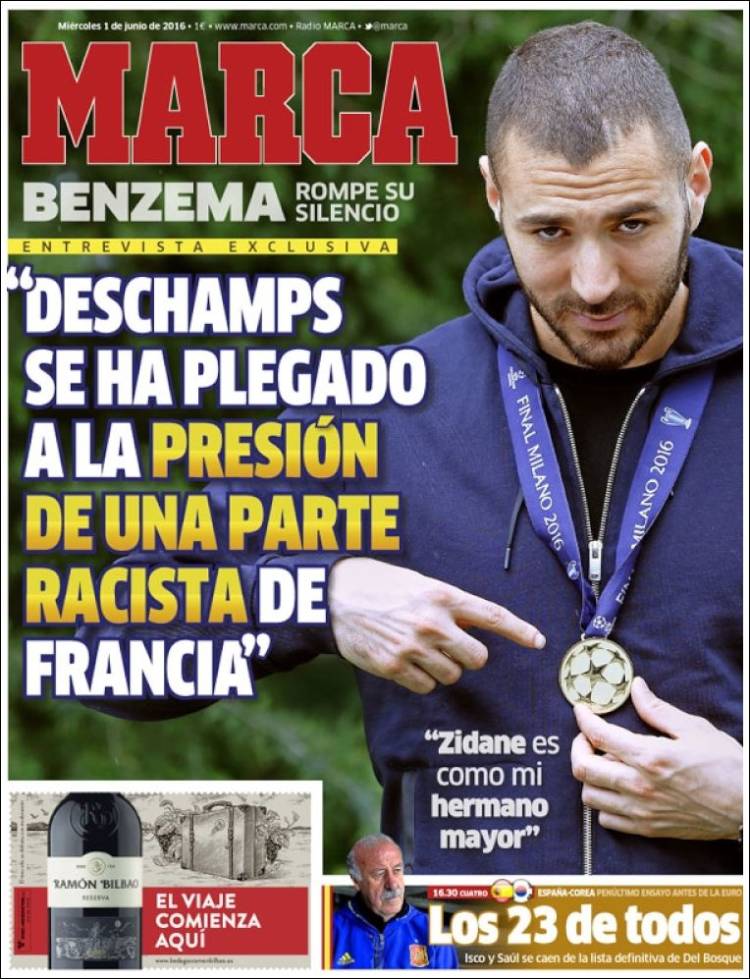 Penultimate trial before the Euros 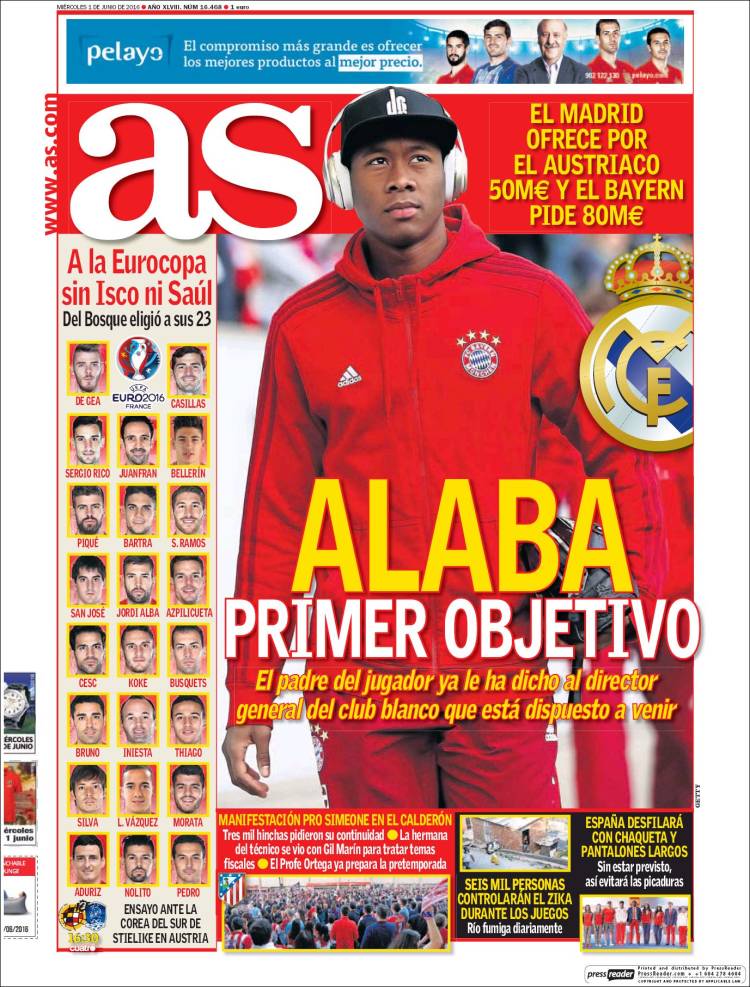 Madrid offer €50m for the Austrian and Bayern ask for €80m

To the Euros without Isco or Saul

Trial against the South Korea of [Uli] Stielike in Austria

Pro Simeone demonstration at the Calderon

Profe Ortega is preparing for pre-season 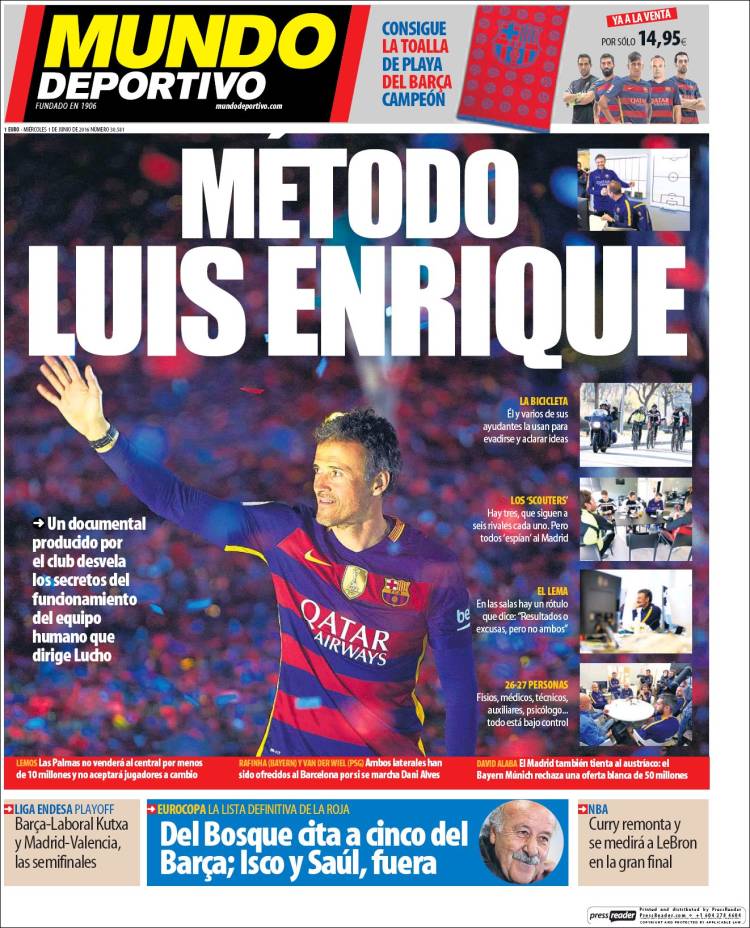 There are three, following six rivals each. But they all ‘spy’ on Madrid

In the rooms there is a sign that says: “Results or excuses, but not both”

Madrid have probed the Austrian: Bayern Munich reject an offer of €50m

Del Bosque appoints five from Barca; Isco and Saul, out