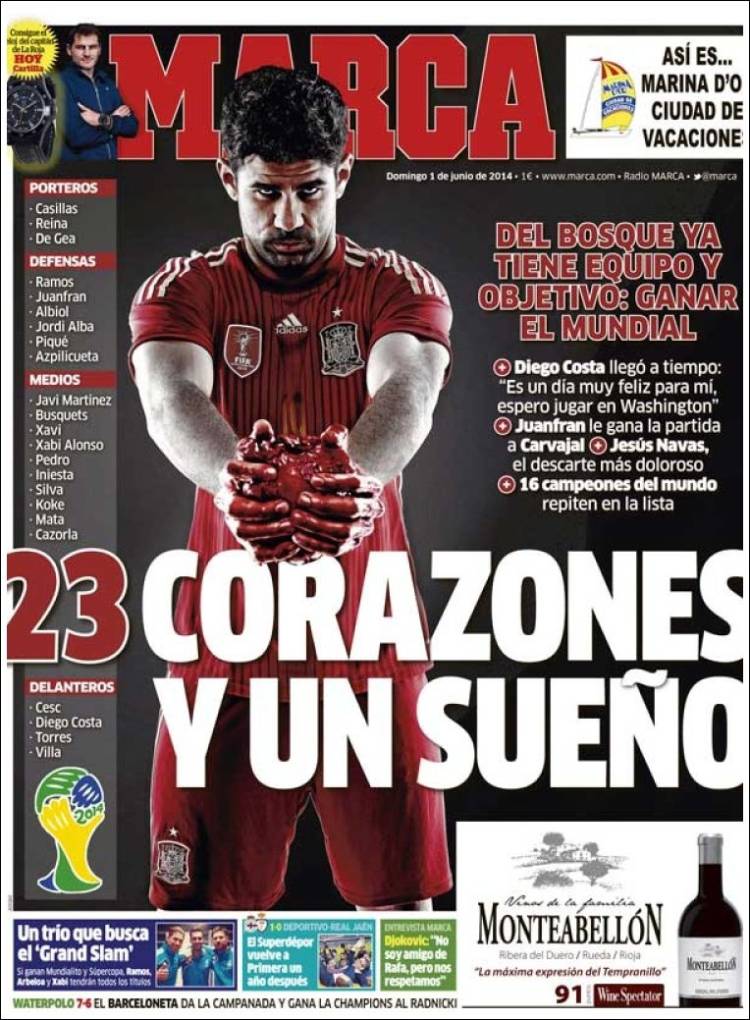 Del Bosque selects 23-man squad and the objective: to win the world cup

Diego Costa will be fit: It's a very happy day for me, I hope to play in Washington

Juanfran wins the battle against Carvajal

Jesus Navas, the most painful omission

16 world champions in the squad 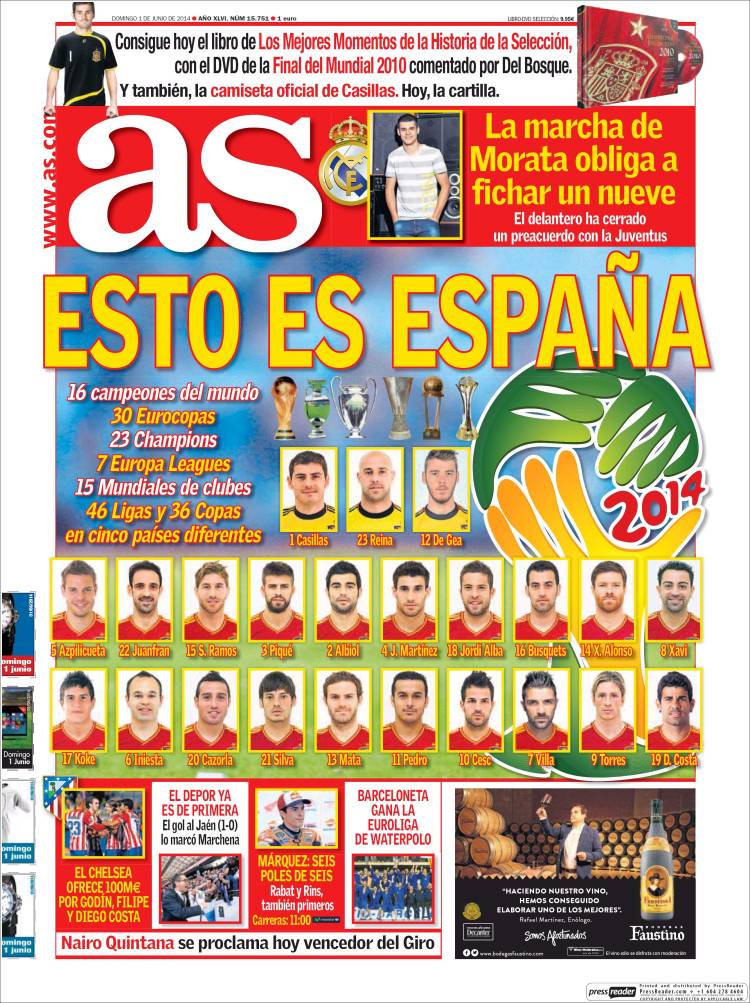 46 League medals and 36 cup medals across five different countries amongst them.

Morata's exit requires Madrid to sign a new striker, the forward has sealed a pre-agreement with Juventus

Deportivo are in La Liga: Marchena scores the goal to beat Jaen 1-0 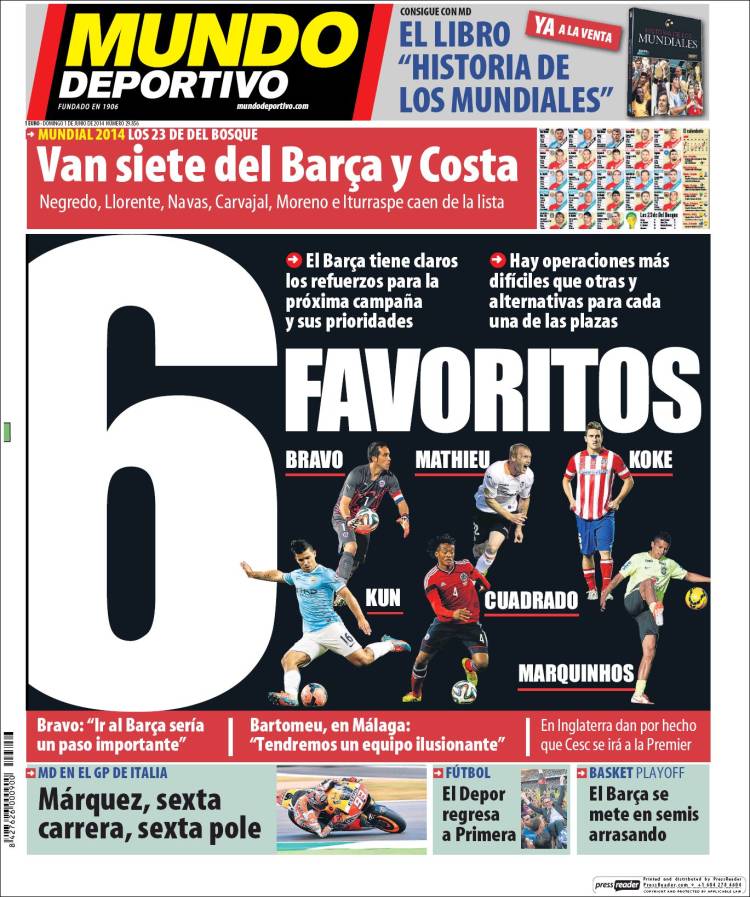 Barcelona have their reinforcements and priorities clear for next season

Bravo: To go to Barca would be an important step

Bartomeu, in Malaga: We will have an exciting team

In England, its assumed that Cesc will go to the Premier League

Negredo, Llorente, Navas, Carvajal, Moreno and Iturraspe are cut from the squad