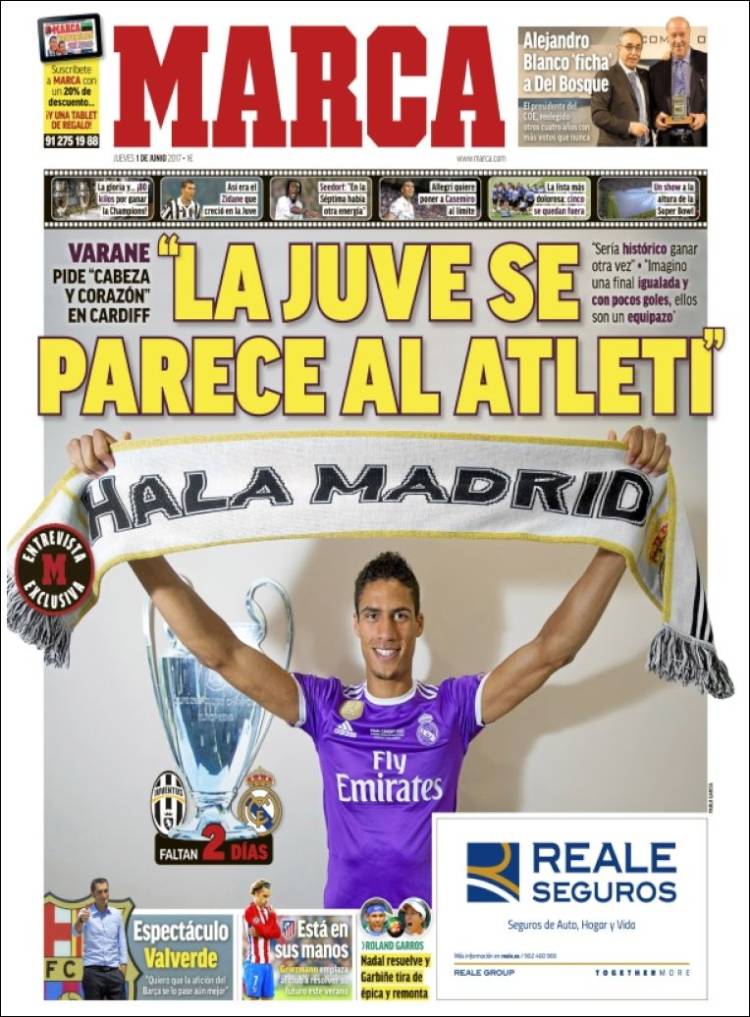 Varane calls for “head and heart” in Cardiff

“It would be historic to win it again”

“I expect a tight final and with only a few goals, they’re a great team”

It was here when Zidane grew at Juve

Seedorf: “For La Septima, we found another gear”

Allegri wants to push Casemiro to the limit

The most painful squad: five will be left out

A show on par with the Super Bowl

“I want Barca fans to enjoy themselves even more”

It’s in their hands 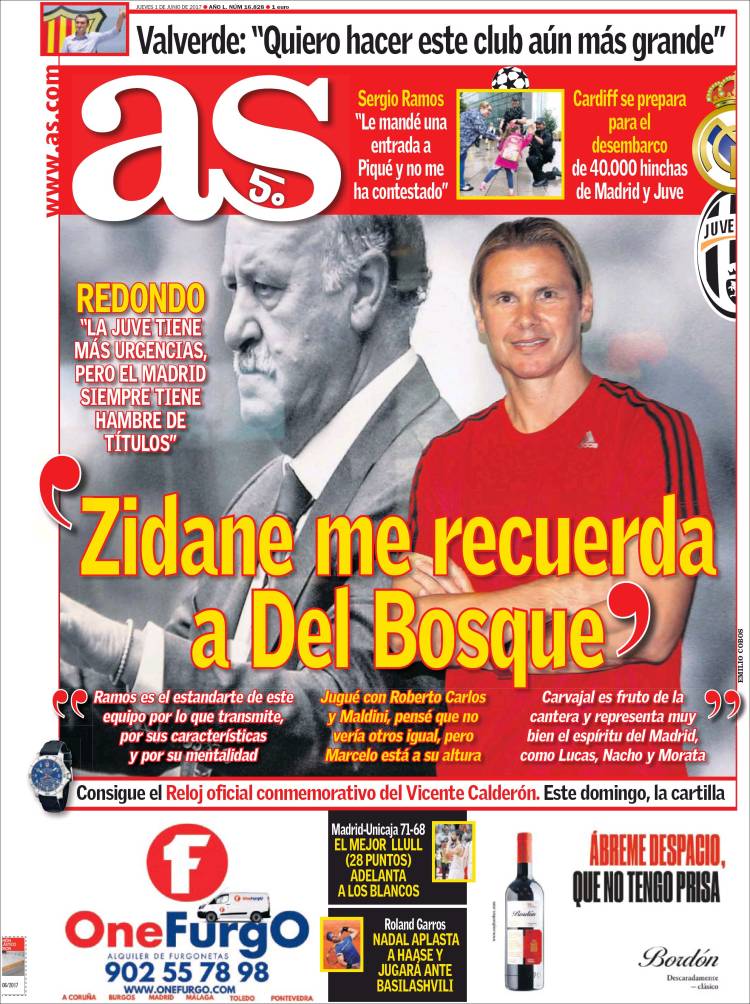 “Zidane reminds me of Del Bosque”

“Juve have more urgency, but Madrid are always hungry for trophies”

“Ramos sets the bar for this team for what he transmits, his characteristics and mentality”

“I played with Roberto Carlos and Maldini, I thought I wouldn’t see others like them, but Marcelo is at their level”

“Carvajal is the fruit of their youth system and represents the spirit of Madrid very well, as do Lucas, Nacho and Morata”

“I sent a ticket to Pique, but he didn’t answer me”

Cardiff prepares for the arrival of 40,000 fans from Madrid and Juve

Valverde: “I want to make this club even better” 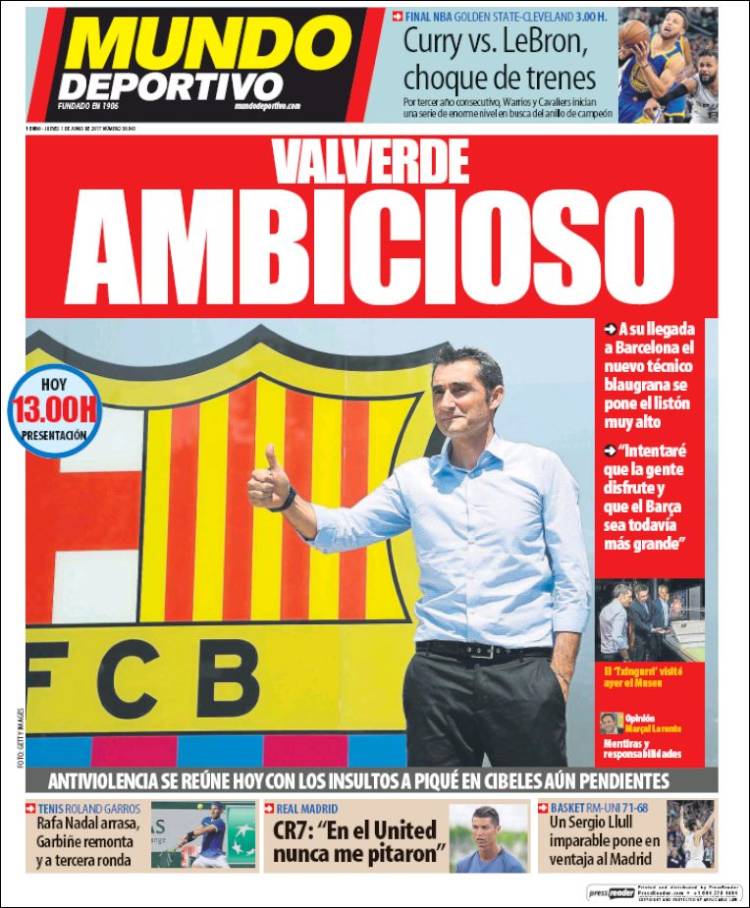 On his arrival in Barcelona, the new Blaugrana Coach sets the bar very high

The Anti-Violence Commission meets today, with insults to Pique at Cibeles still unresolved

CR7: “At United, they never whistled me”