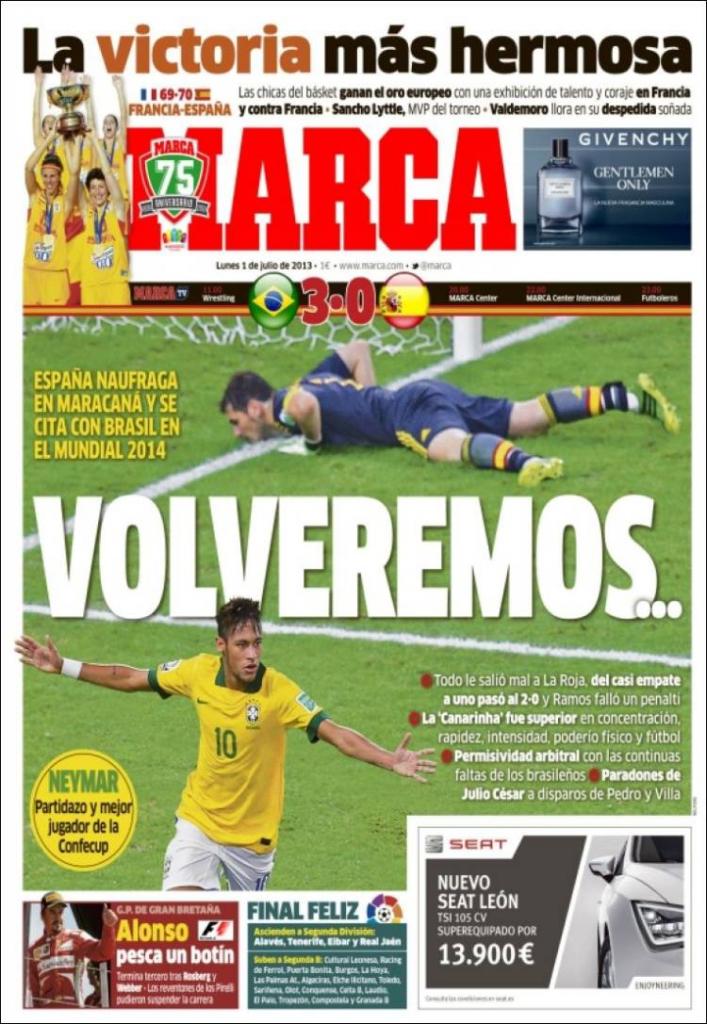 Slack refereeing with continuous fouls from the Brazilians

Great stops from Julio Cesar to shots from Pedro and Villa

Neymar: Great game and best player in the Confederations Cup

Promotion to the Second Division for Alaves, Tenerife, Eibar and Real Jaen 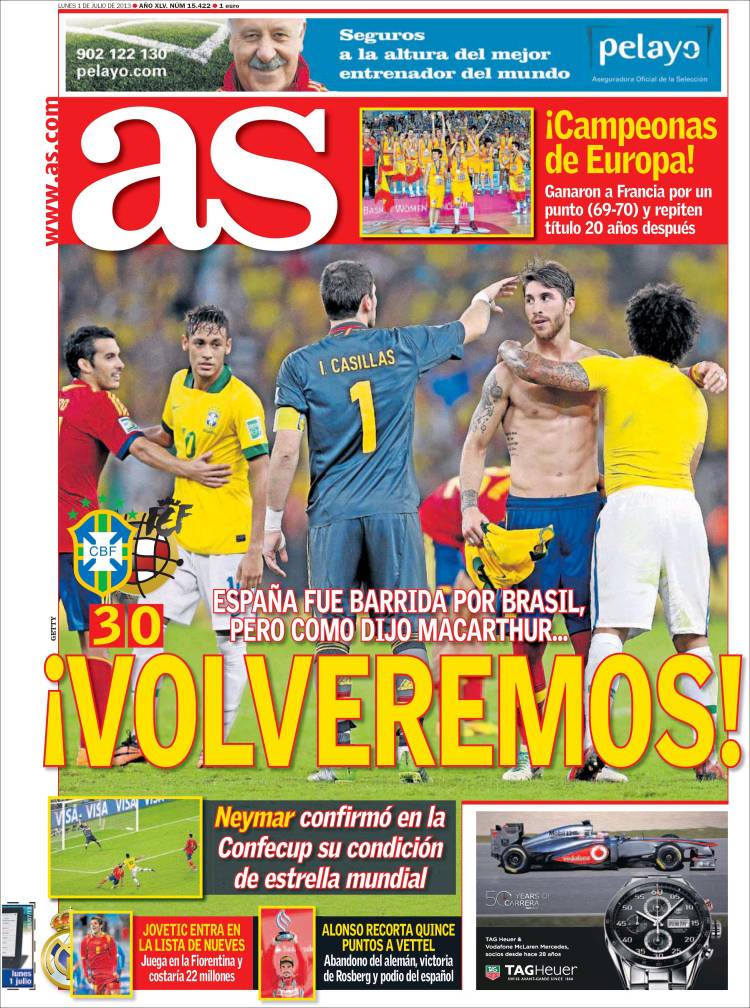 Spain swept away by Brazil, but like Macarthur said... We’ll be back!

Jovetic enters the list of No 9’s: he plays with Fiorentina and would cost €22m 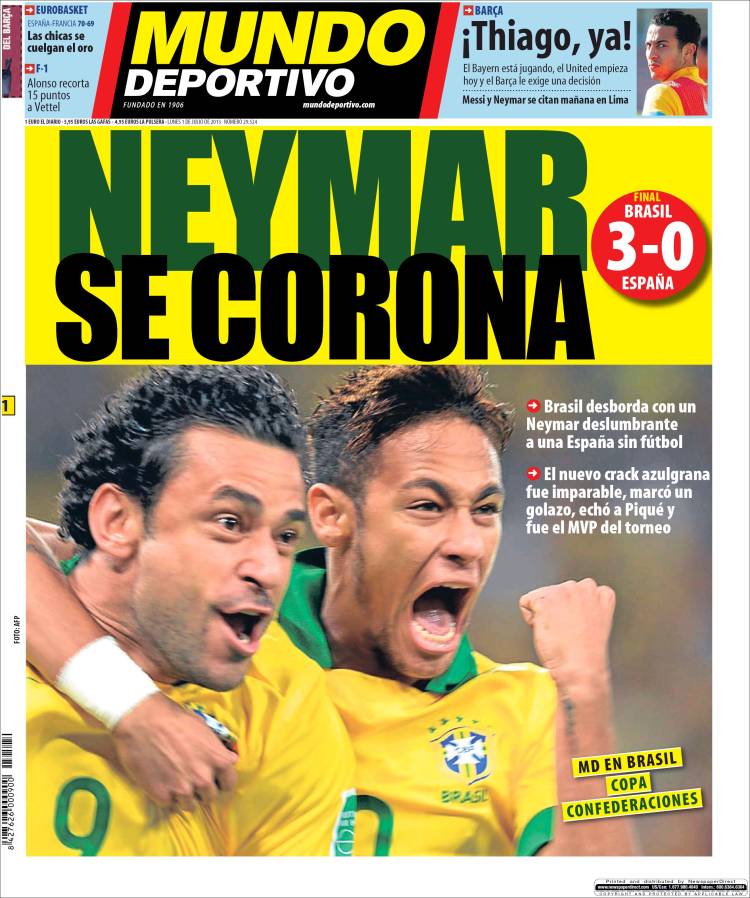 The new Azulgrana star was unstoppable, scored a great goal, got Pique sent off and was MVP of the tournament

Messi and Neymar have a date in Lima tomorrow