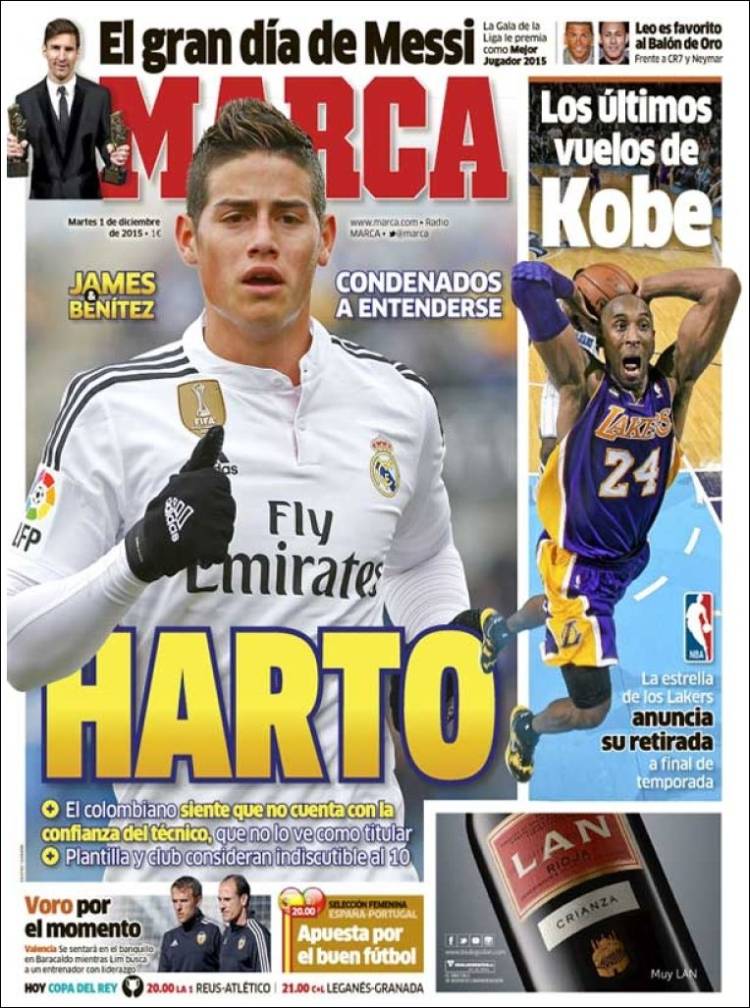 Doomed to understand each other

The Colombian doesn’t feel he has the confidence of the Coach, who doesn’t see him as a starter

Squad and club consider the No 10 to be indisputable

Voro for the time being 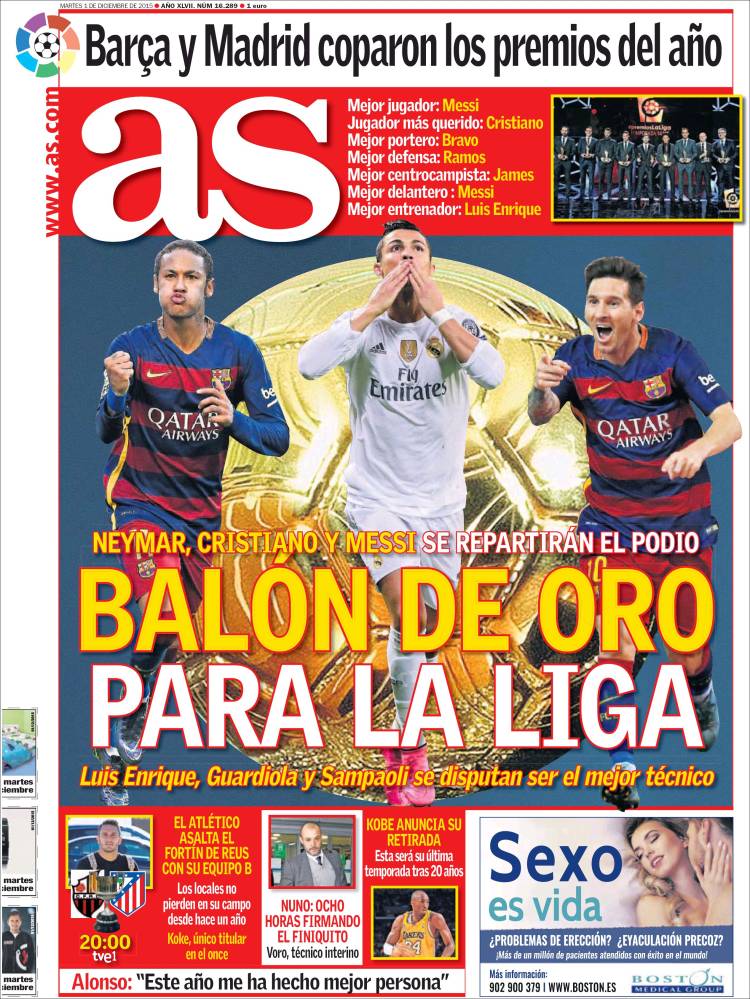 Luis Enrique, Guardiola and Sampaoli compete for the best Coach

Atletico assault the fortress of Reus with their B team

The locals haven’t lost at home for a year

Koke, only starter in the XI 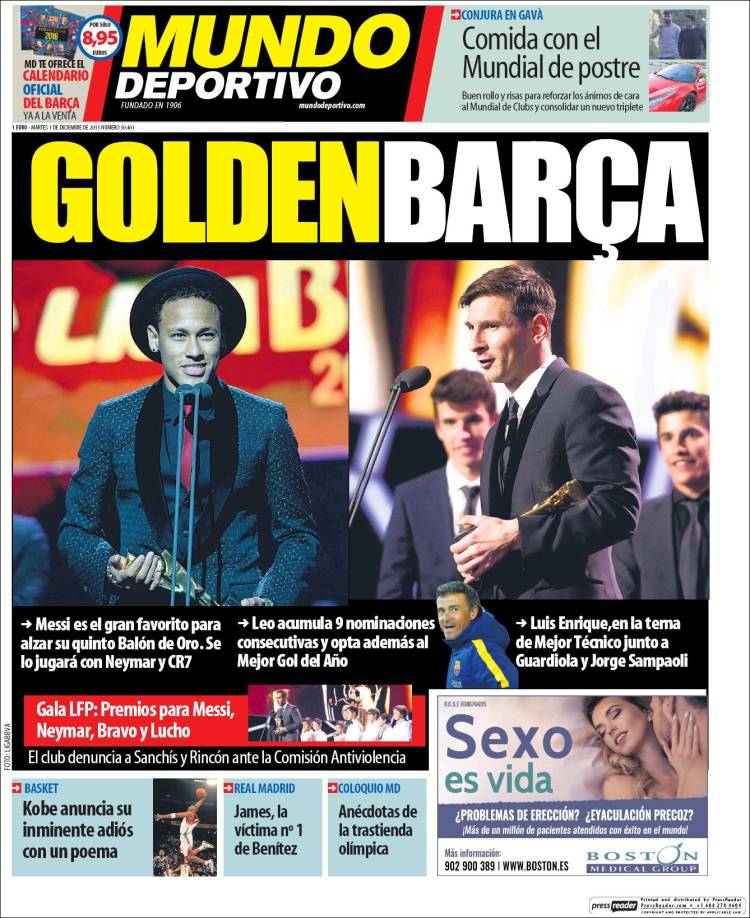 Messi is the great favourite for a fifth Ballon d’Or. He plays for it with Neymar and CR7

Luis Enrique, on the list for Best Coach with Guardiola and Jorge Sampaoli

The club denounces Sanchis and Rincon to the Anti-Violence Commission

James, the first victim of Benitez