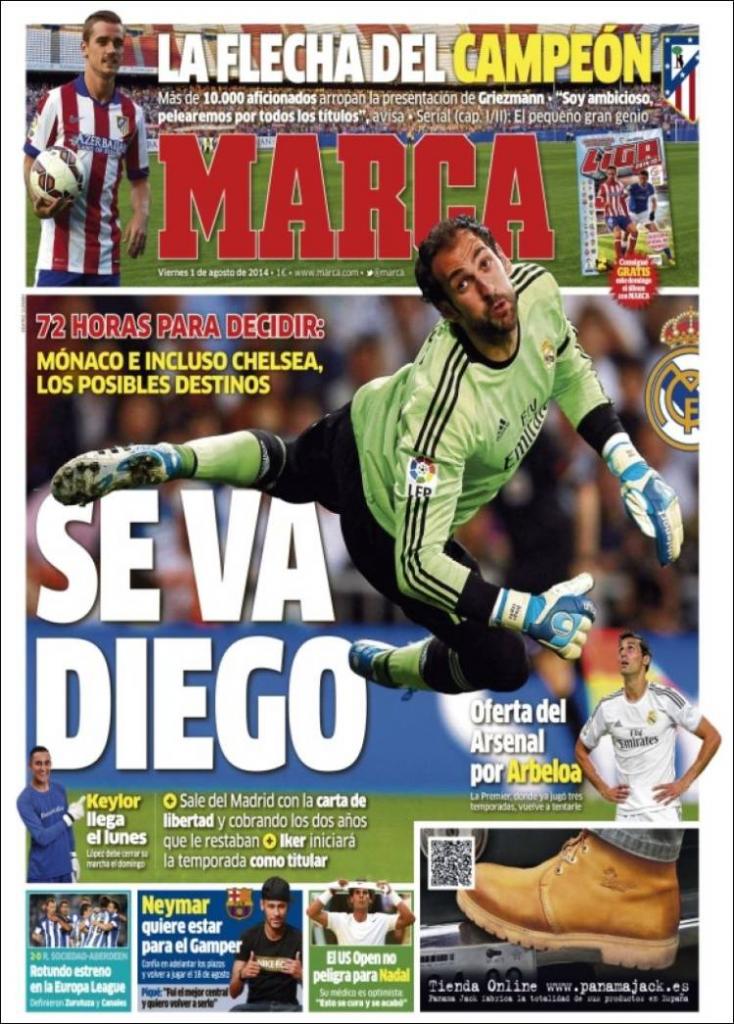 72 hours to decide: Monaco and even Chelsea, possible destinations

Iker will start the season as first choice

Keylor will arrive on Monday

Lopez must seal his departure by Sunday

Offer from Arsenal for Arbeloa

The Premier League, where he has already played for three seasons, returns to tempt him

The arrow of the Champions

More than 10,000 fans go to the presentation of Griezmann

'I am ambitious, we will fight for all the titles' he says.

Convincing premiere in the Europa League

Neymar wants to be back for the Gamper trophy

Pique: I was the best centre-back and I want to return to being that 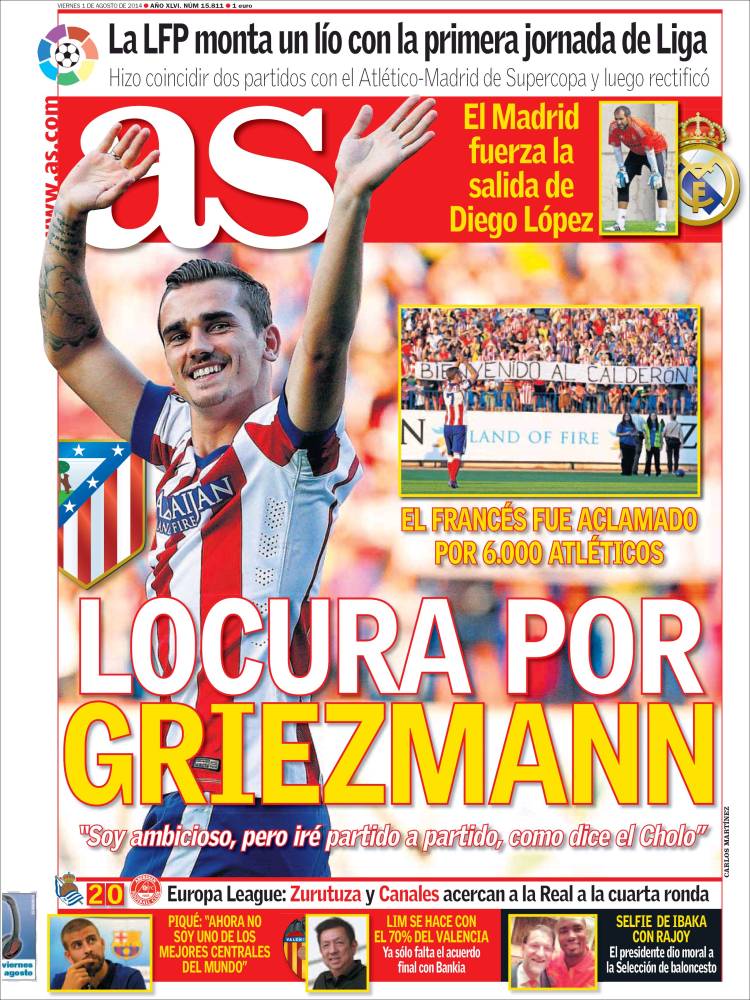 'I am ambitious but I will go game by game, as Cholo says'

The Frenchman was hailed by 6,000 Atleticos

Europa League: Zurutuza and Canales put La Real close to the fourth round

Pique: 'Now I am not one of the best centre-backs in the world'

Now he only lacks a final agreement with Bankia 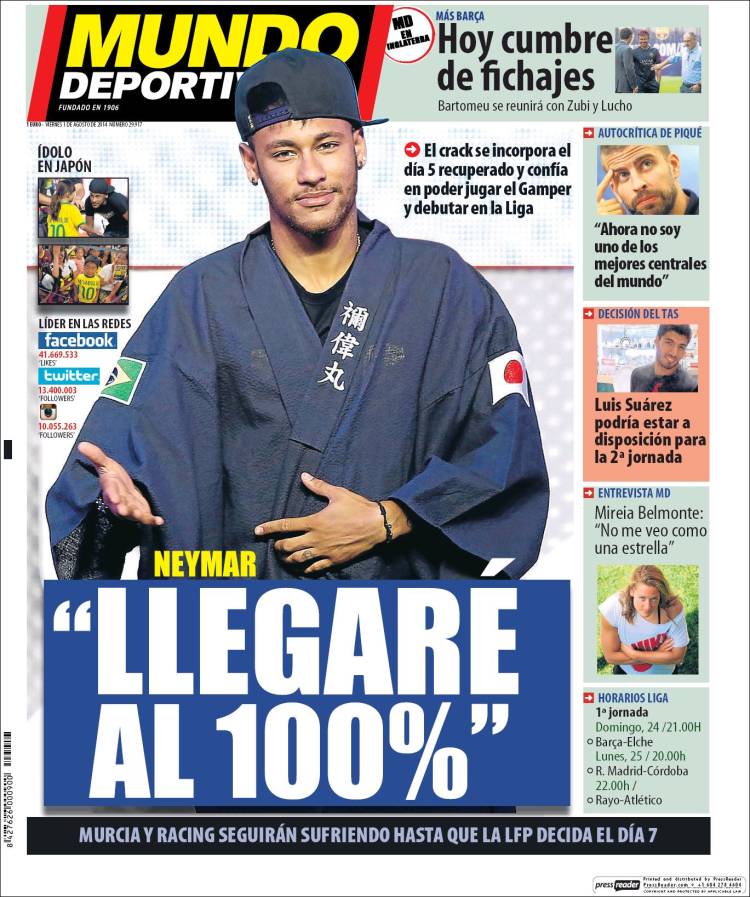 An idol in Japan

Bartomeu will meet with Zubi and Lucho

Pique self-criticism: 'Now I am not one of the best centre-backs in the world'

CAS Decision: Luis Suarez could be available for the second game