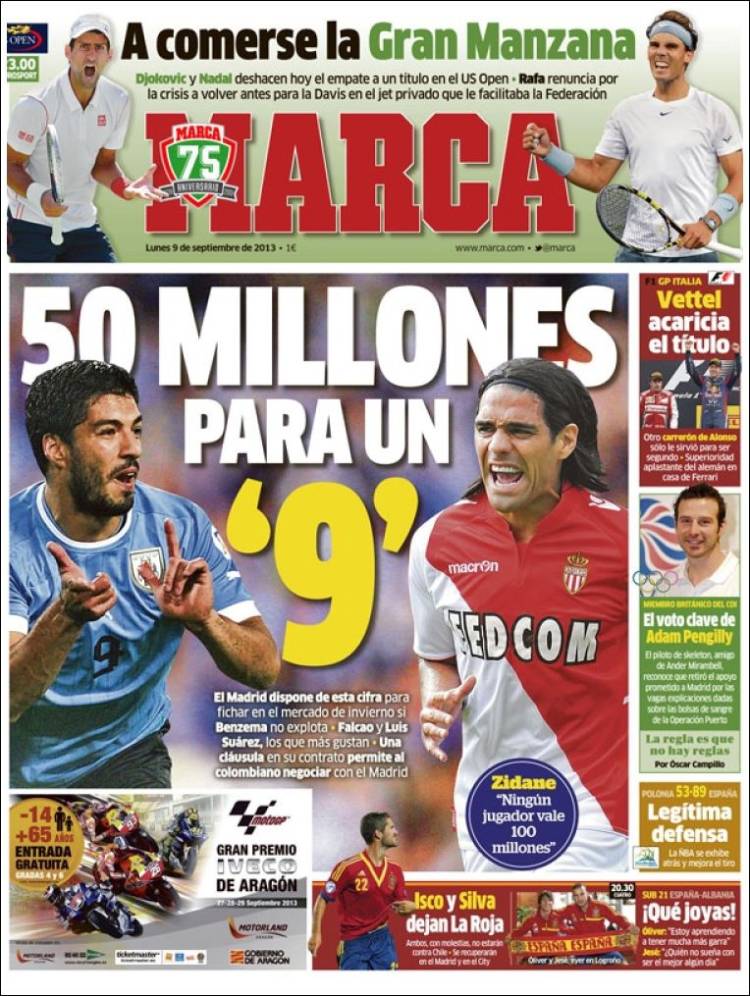 The two, both injured, will not play against Chile

They will return to recover in Manchester and Madrid

Enticing spectacle in the Big Apple

Another great race by Alonso only to come out second

Devastating superiority displayed by the German in Ferrari's home

The British member of the Olympic committee, Adam Pengilly, was the key vote

The rule is there are no rules

Spain Under 21: What joy

Oliver: "I am learning to have courage"

Jese: "Who does not dream of being the best one day?" 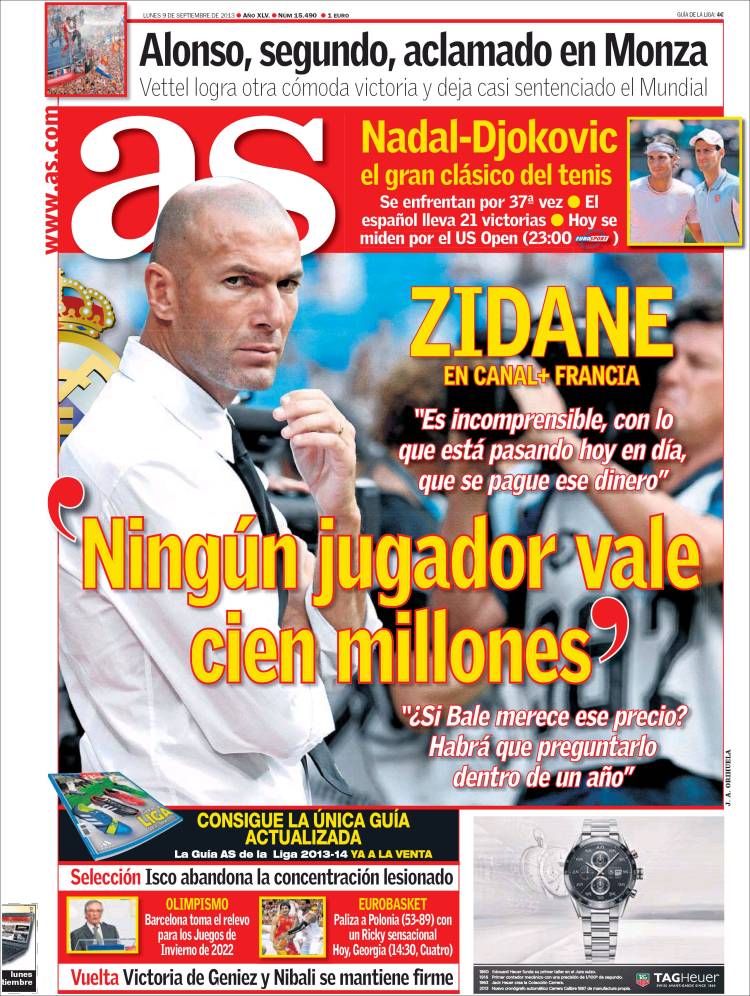 "It is incomprehensible, with what is happening here day by day, to pay this money"

"If Bale is worth this price?, We will have to see in a year's time"

Olympics: Barcelona to go for the Winter Olympics in 2022

Vuelta: Victory for Geniez and Nibali maintains his spot

They meet for the 37th time

The Spanish has claimed 21 wins

Today they clash in the final of the US Open

Vettel wins comfortably and has almost secured the title 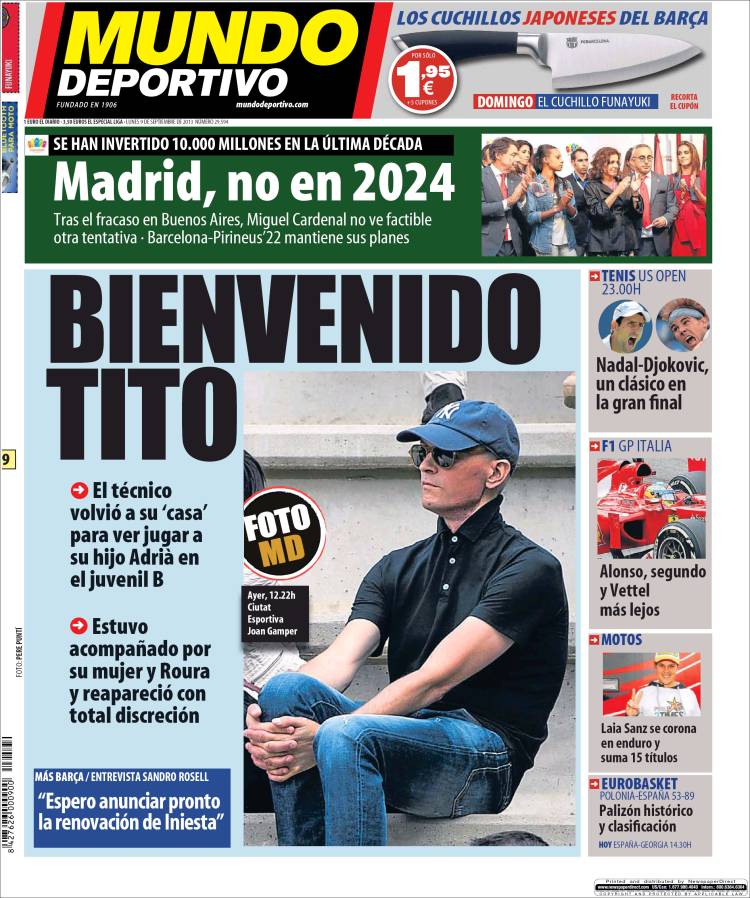 After the disaster in Buenos Aires, Miguel Cardenal does not think its viable to try again

Tennis US Open: Nadal v Djokovic, a classic of a final

Alonso, second and Vettel way ahead