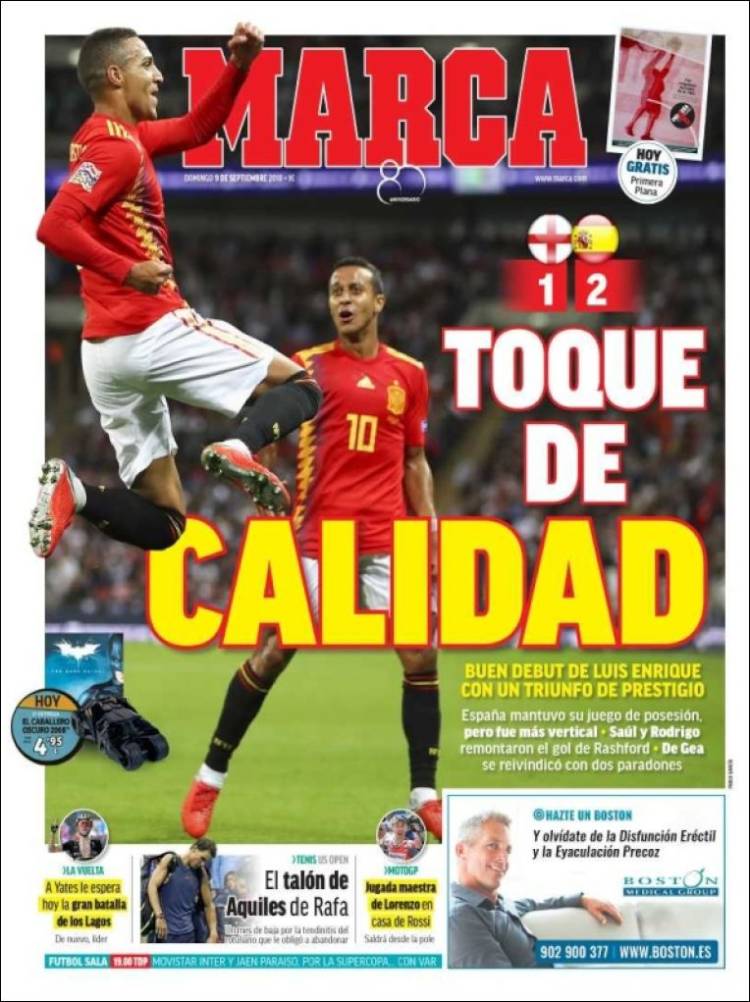 Good debut for Luis Enrique with a prestigious win

Spain maintained their possession game but were more vertical 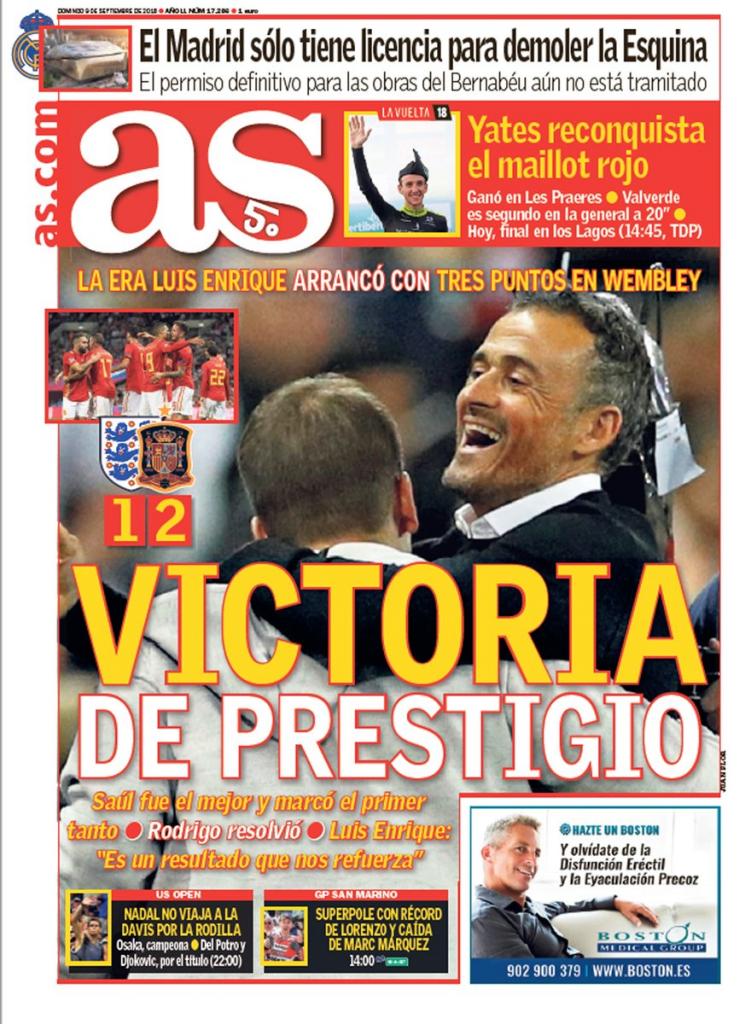 Madrid are only licenced to demolish the Esquina

The final permission for the works has yet to be processed

The Luis Enrique era starts with three points at Wembley

Saul was the best player and scored the first goal, before Rodrigo cliniched the win

Luis Enrique: "It's a result that strengthens us" 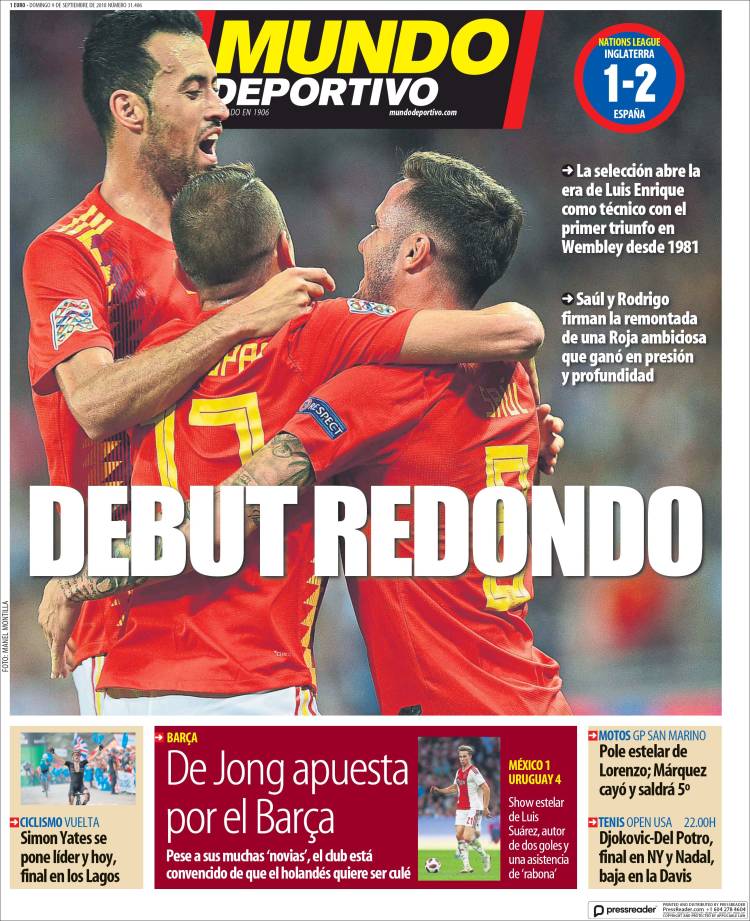 Saul and Rodrigo complete the comeback for an ambitious Roja, who won with pressure and profundity

De Jong the bet for Barca

Despite having so many clubs after him, the club are convinced that the Dutchman will become a Cule

A stellar showing from Luis Suarez, author of two goals and a 'rabona' assist