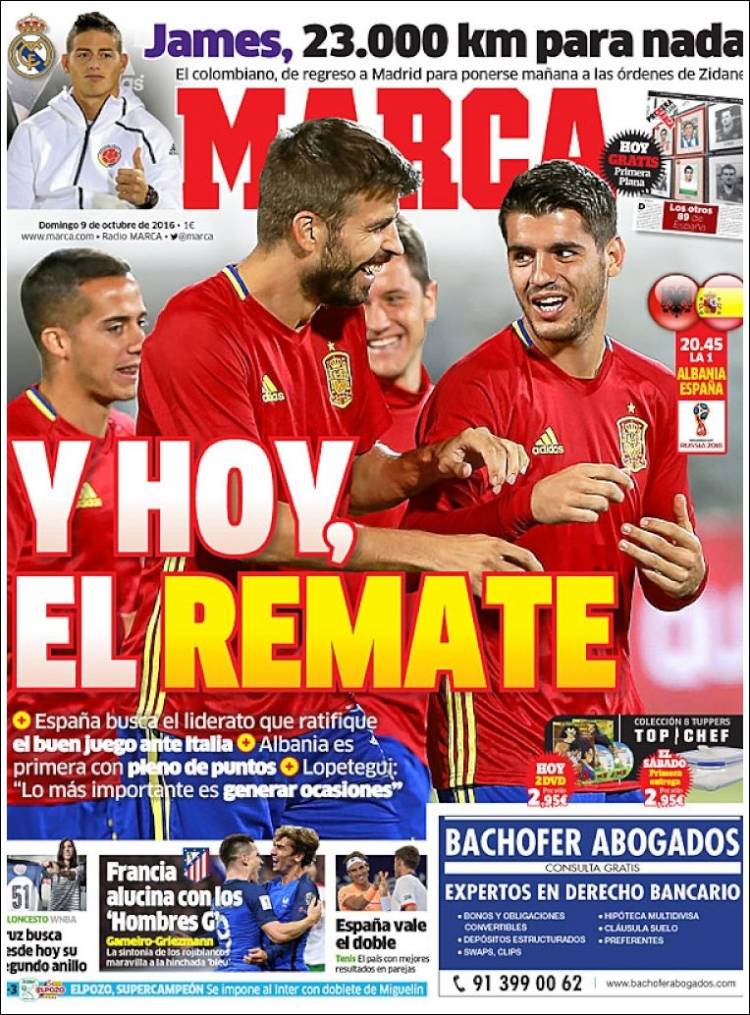 And today, the shot

Albania are first with maximum points

Lopetegui: “The most important thing is to create chances”

The Colombian, back to Madrid to receive Zidane’s orders

France amaze with the ‘G Men’ 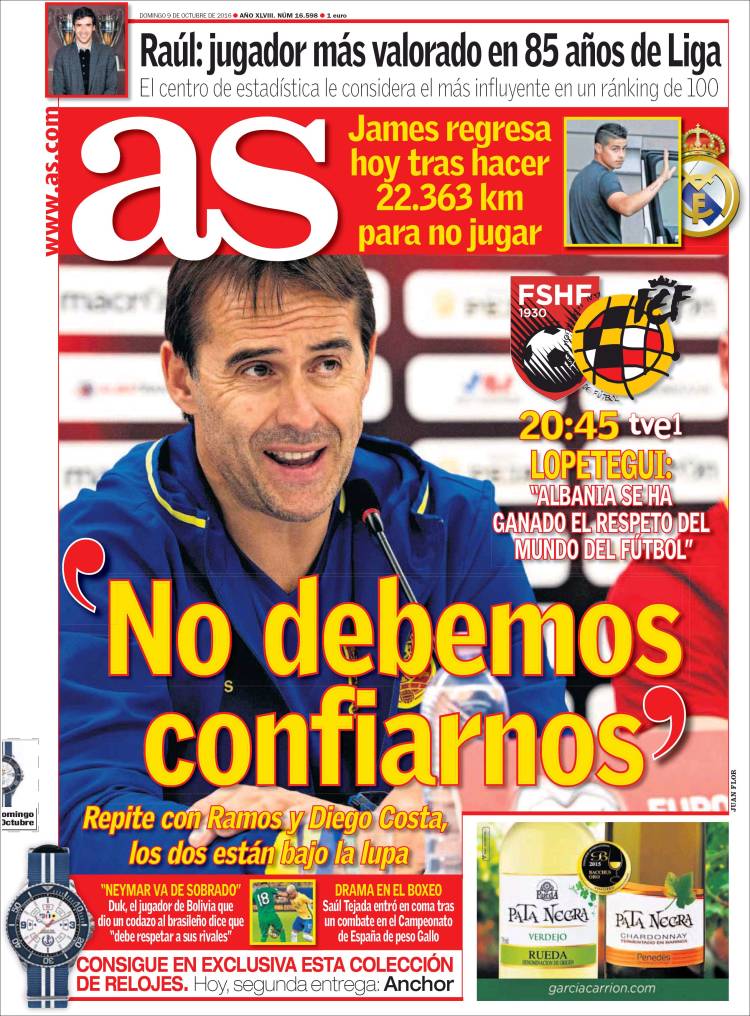 “We mustn’t be complacent”

Once more with Ramos and Diego Costa, who are under scrutiny

James returns today after 22,363km of not playing

“Neymar was over the top”

Duk, the Bolivia player who elbowed the Brazilian, says “he must respect his opponents” 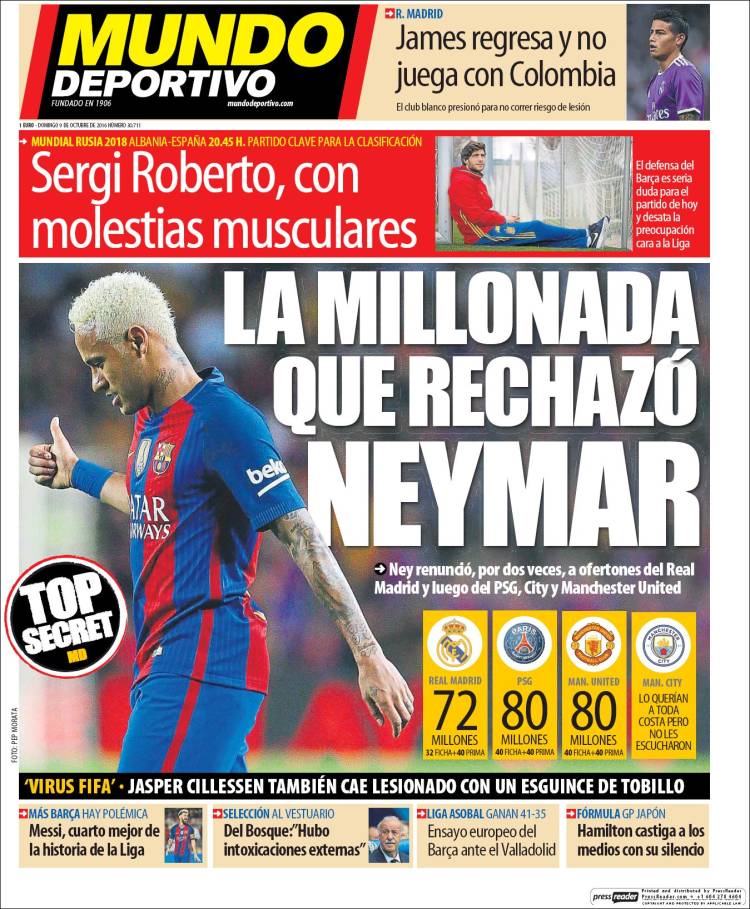 The fortunes that Neymar rejected

Ney passed up, twice, offers from Real Madrid and then PSG, City and Manchester United

Man City wanted him at all costs, but he did not listen to them

James returns and does not play for Colombia

Los Blancos put pressure not to run the risk of injury

More Barca, there is controversy

The national team, the dressing room

Del Bosque: “There was poisoning from the outside”