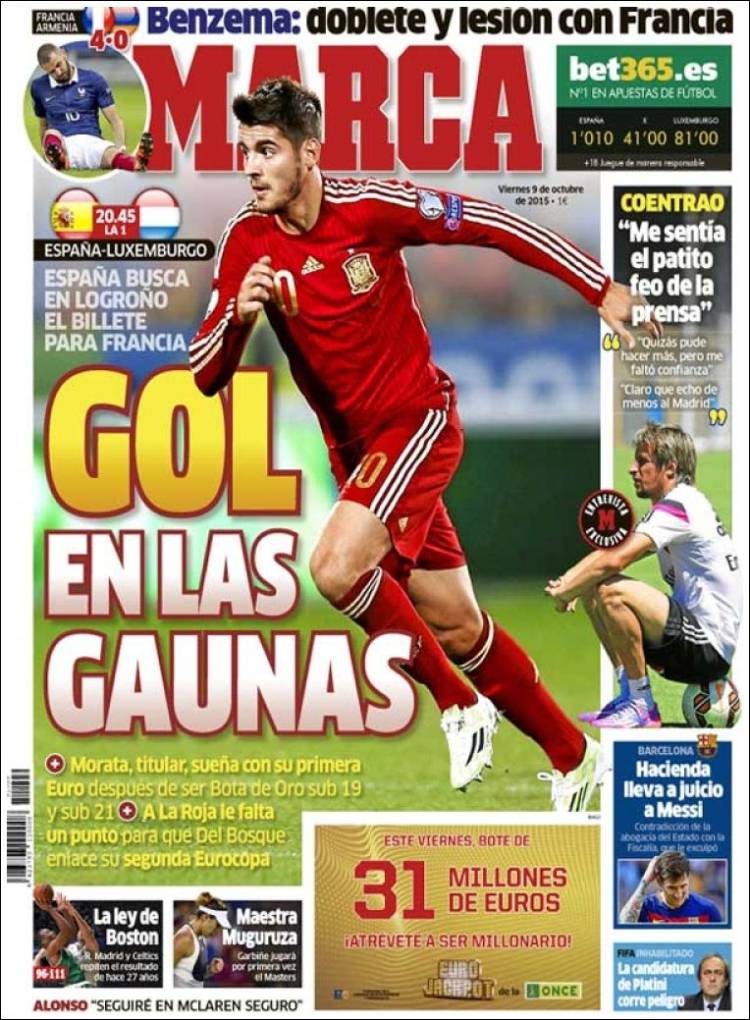 Spain seek the ticket to France in Logrono

Morata, who will start, dreams of his first European title after winning the Golden Boot in the Under-19 and Under-21 categories

Benzema, a brace and injury for France

Coentrao: “I was the ugly duckling of the Press”

The State Bar overrules the public prosecutor, who acquitted him 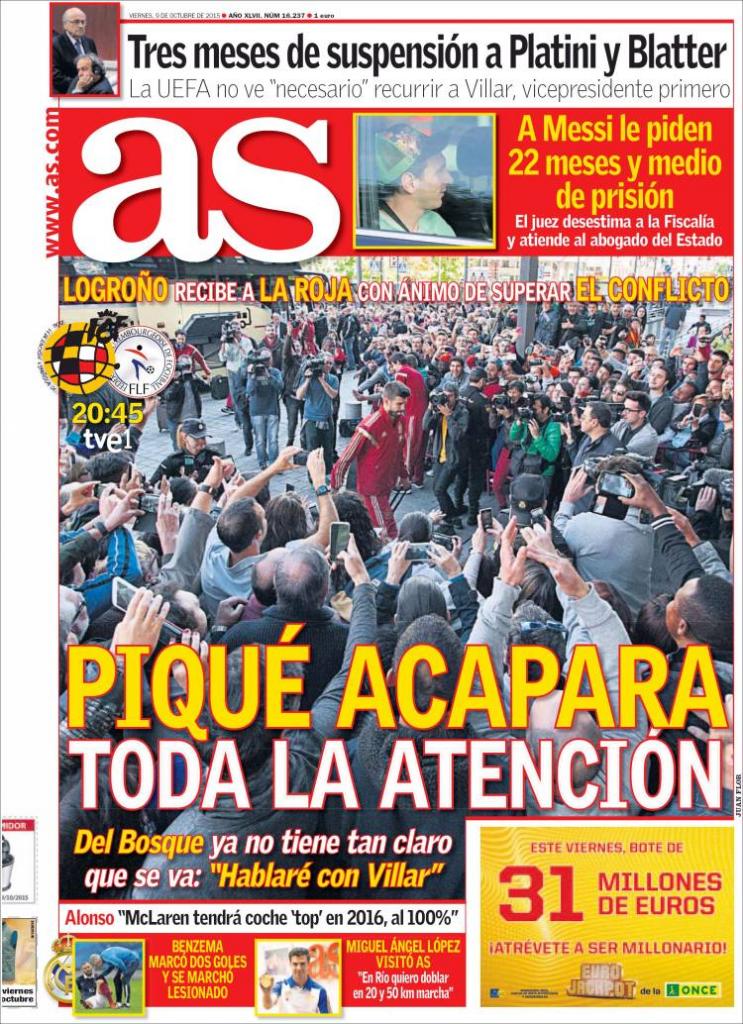 Pique gets all the attention

Logrono receives La Roja with the intention of overcoming the conflict

Three-month suspension for Platini and Blatter

UEFA does not see it 'necessary' to resort to Villar, the first vice-President 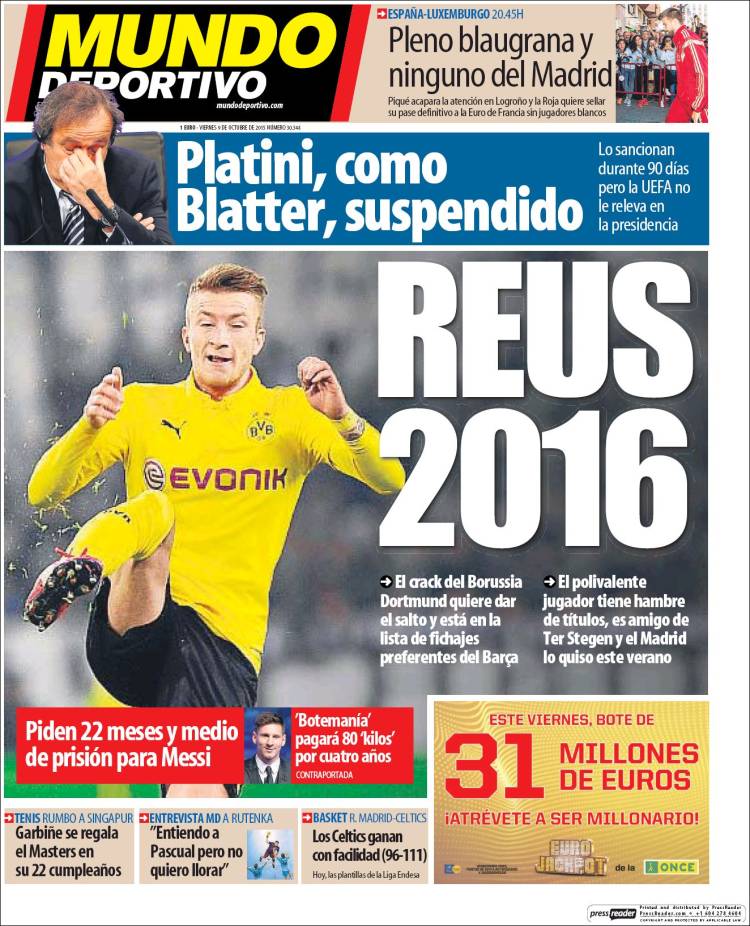 The versatile player, who is hungry for titles, is friends with Ter Stegen and Madrid wanted him in the summer

Plenty from Barca, none from Madrid