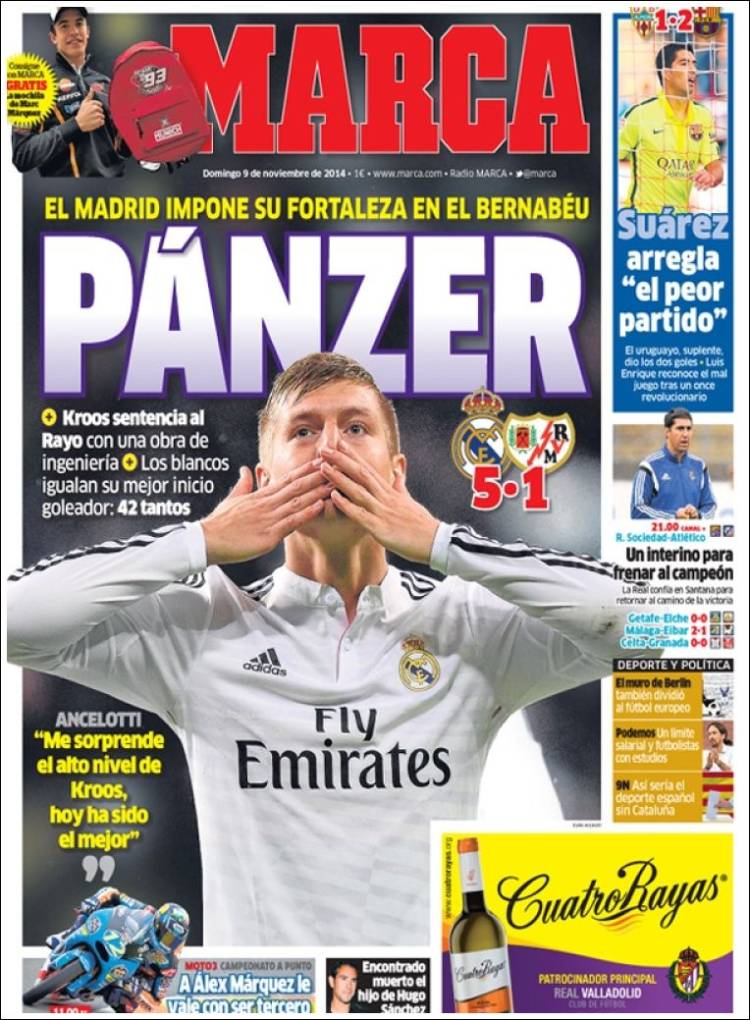 Kroos seals the match against Rayo with a work of engineering

Madrid impose their strength in the Bernabeu

Ancelotti: “Kroos’ high level surprised me and today he was the best”

Suarez sorts out “the worst match”

The Uruguayan, a substitute, lays on the two goals

A stopgap to put the break on the champions

Yes we can: a salary limit and footballers studying

November 9: this is how Spanish sport would be without Catalonia 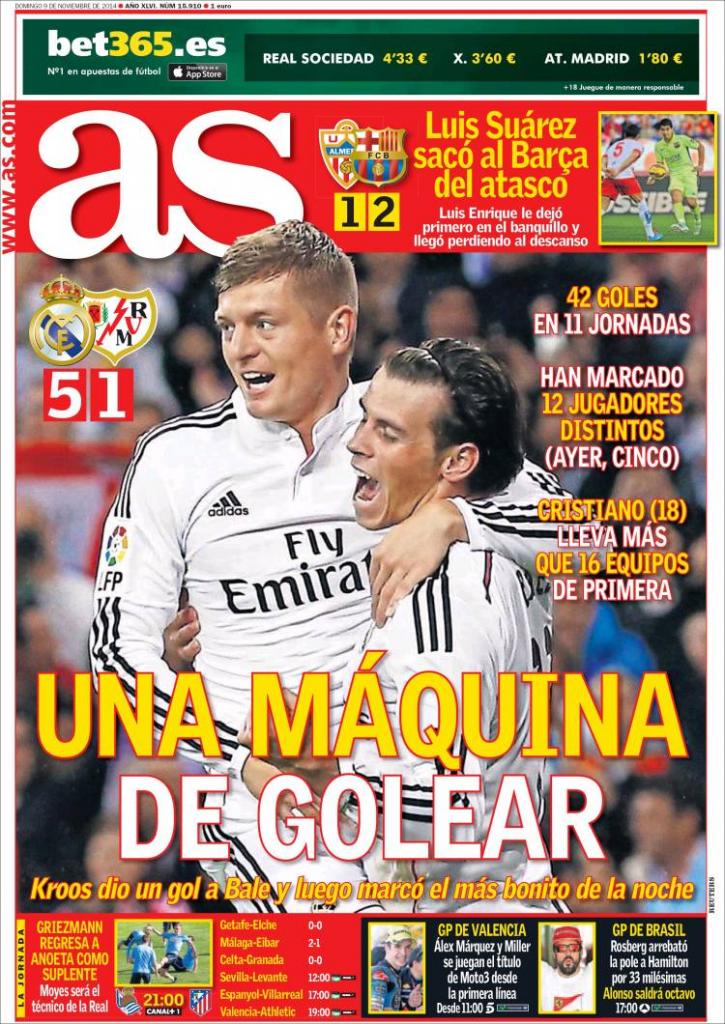 Cristiano (18) has got more than 16 teams in La Primera

Luis Suarez gets Barca out of a jam

Griezmann returns to Anoeta as a substitute

Moyes will be the boss of La Real 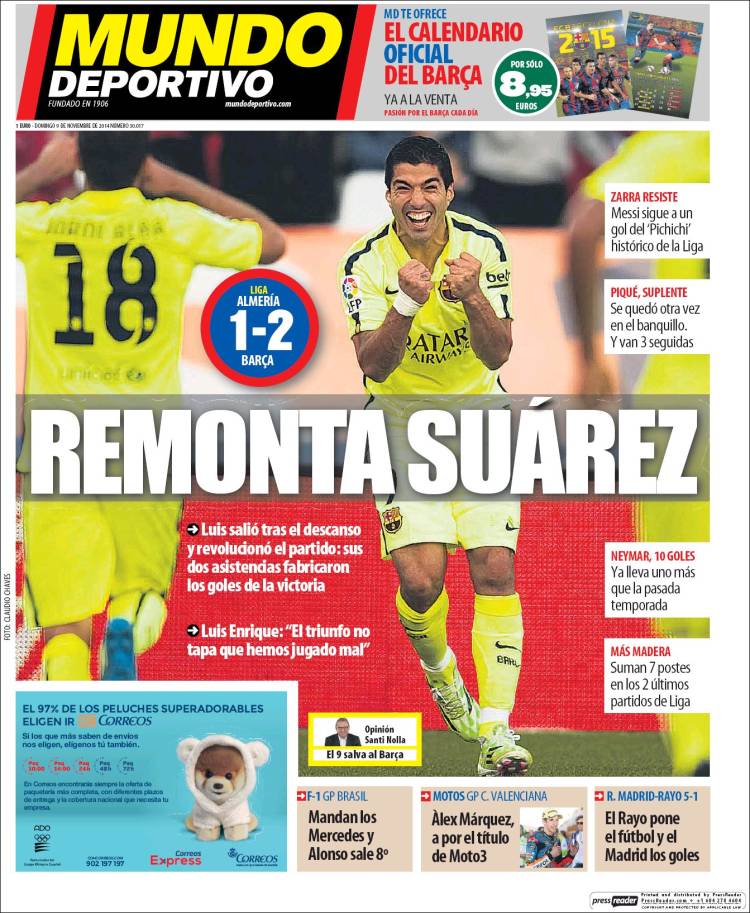 Luis came on after the break and changed the match: his two assists made the goals that provided victory

Zarra resists: Messi is still one goal away from La Liga’s historic ‘Pichichi’

Pique, substitute: he is again left on the bench, three matches running

Neymar 10 goals: he now has one more than last season

Rayo provide the football and Madrid the goals