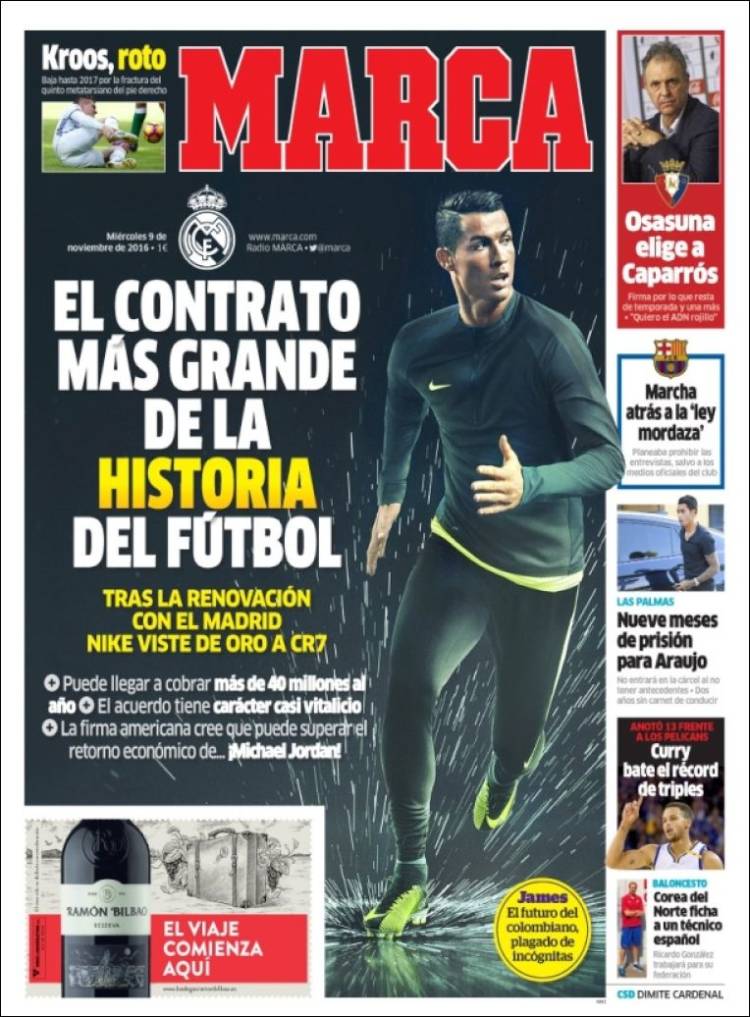 The biggest contract in the history of football!

New Nike deal with Ronaldo after he renews RM deal

The deal could reach 40 million euros a year - Almost a life-time deal with Nike, who believe the profit could surpass that of Michael Jordan

Nine months in jail for Araujo 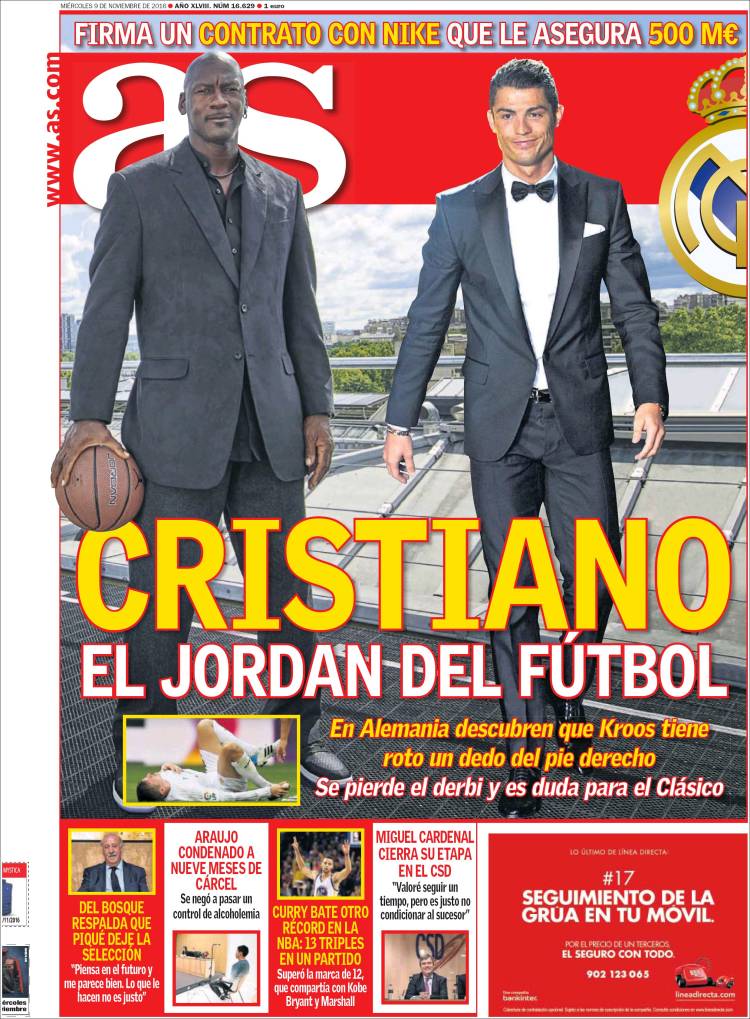 Cristiano - the Jordan of football!

The Germans discover Kroos has a broken toe in his right foot - out of the Madrid derby, very doubtful for El Clasico

Del Bosque supports Pique retiring from international football - 'in the future, it seems right to me. What they do to him isn't fair' 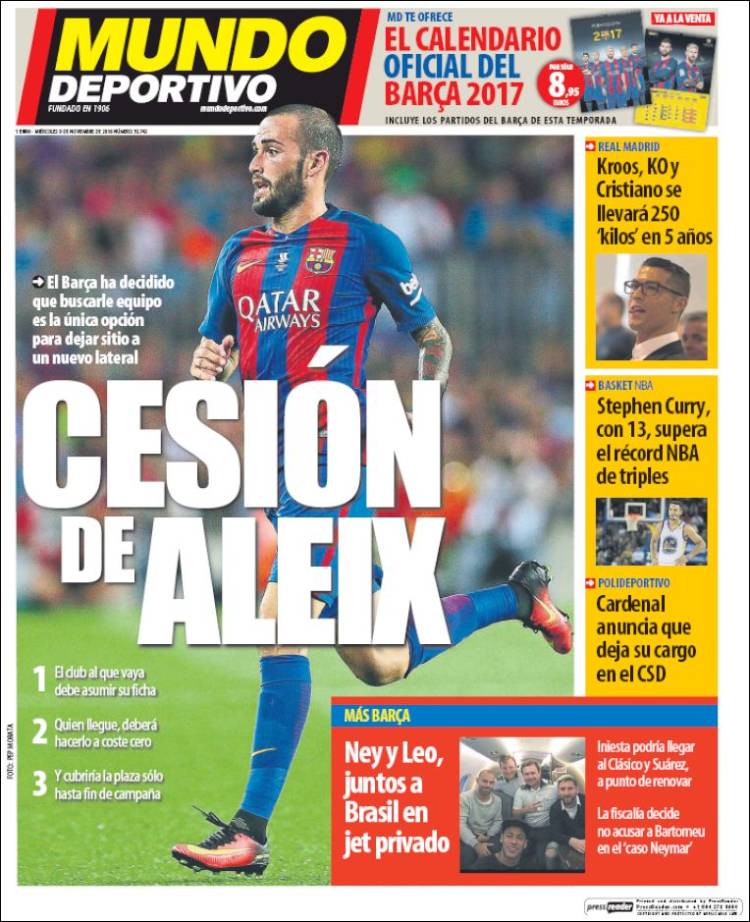 The club are going to make a signing, who arrives should cost nothing and covers the team only to the end of the season

Kroos is KO'ed, while Ronaldo signs deal worth 250m euros in 5 years