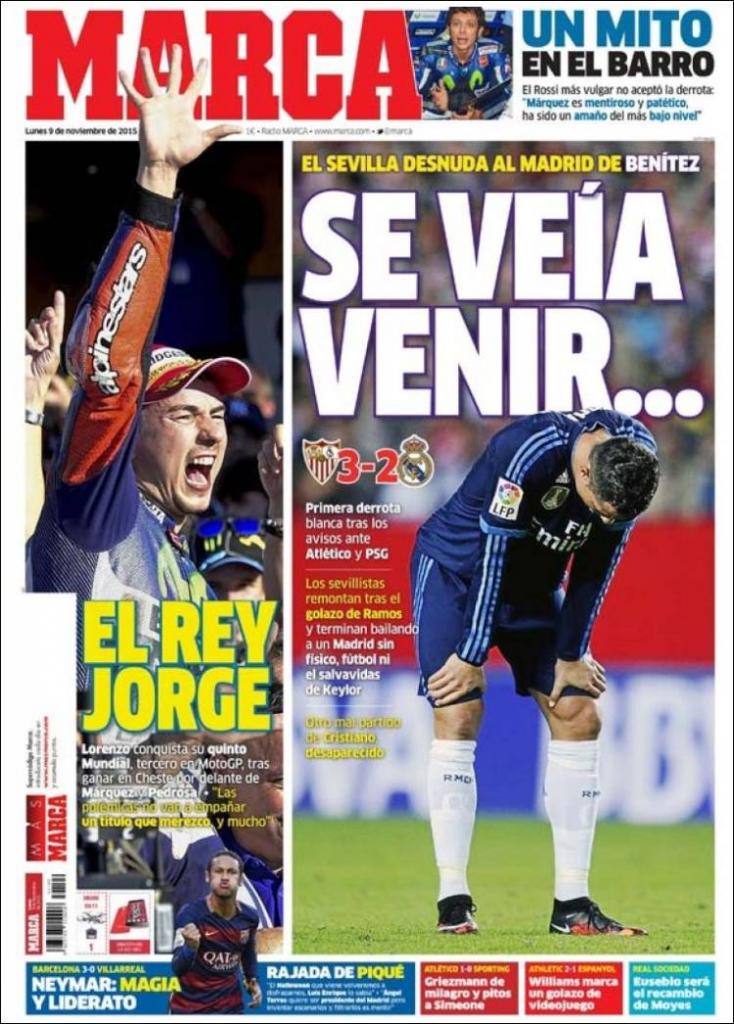 Los Blancos’ first defeat after warnings against Atletico and PSG

Sevilla come back from Ramos’ goal and end up dancing their way past a Madrid side lacking physicality, chemistry and Keylor’s saves

Another bad game from an anonymous Ronaldo

Griezmann miracle and boos for Simeone

Williams scores a great goal akin to a video game 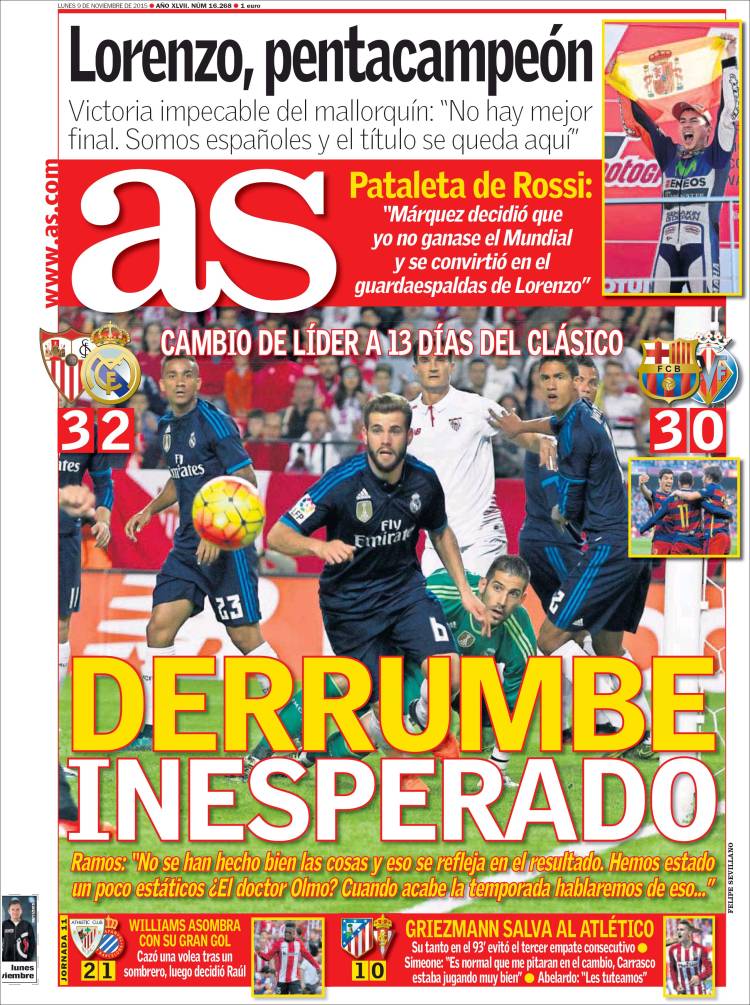 Changing of the leader 13 days before the Clasico

Ramos: “We didn’t play well and it was reflected in the result. We were a little static”

“Doctor Olmo? When the season ends, we’ll talk about it...”

Fired home a volley after a ‘sombrero’ flick, before assisting Raul

Scores on 93 minutes to avoid a third consecutive draw

Simeone: “It is normal that I was booed for making the change, Carrasco was playing very well”

Abelardo: “We had them” 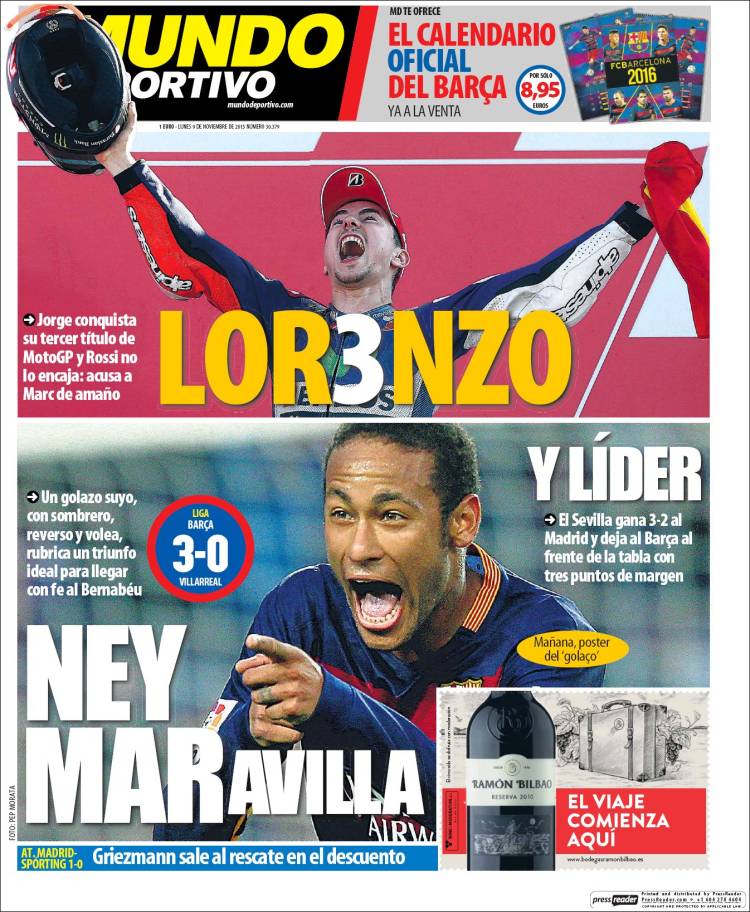 Scores a great goal, with a ‘sombrero’ flick, his back to goal and volley

Griezmann comes to the rescue in injury time