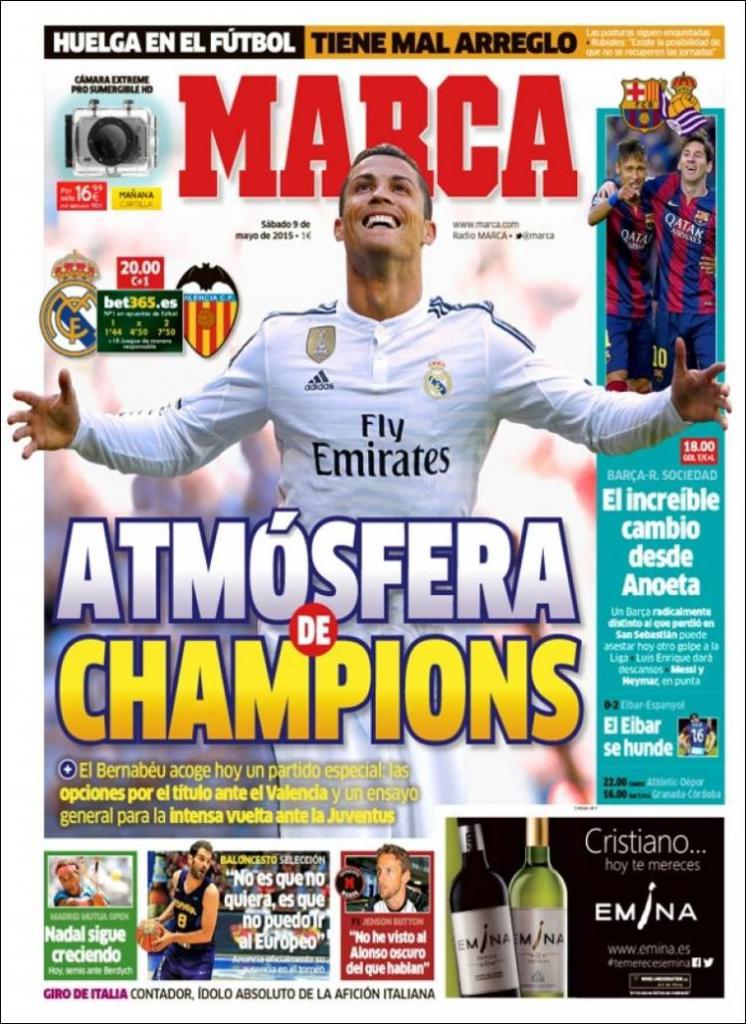 The Bernabeu welcomes a special game today: the options for the title against Valencia and a general test for the return with Juventus

The incredible change since Anoeta

Luis Enrique will rest some players

The position is still one of conflict

Rubiales: “The possibility exists that the games will not be played at a later date” 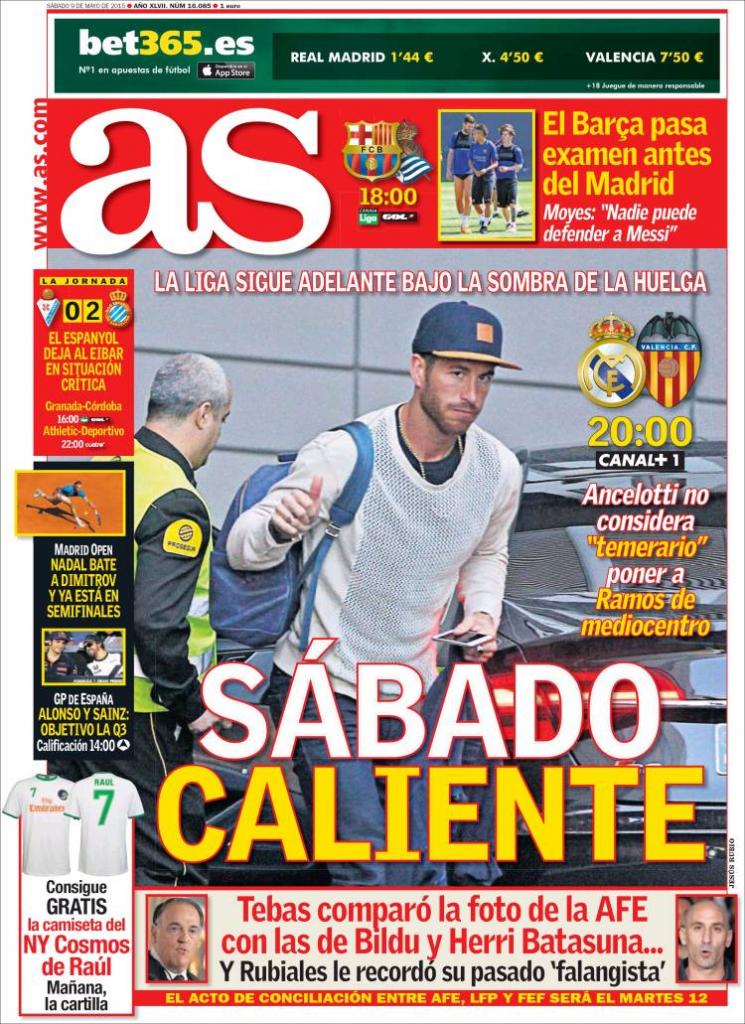 La Liga is still under the threat of a strike

Barca sit their exam before Madrid

Moyes: “Nobody can defend against Messi”

Tebas compared the photo of the AFE with that of Bildu and Herri Batasuna...

And Rubiales remembers his ‘Phalangist’ past

The act of conciliation between AFE, LFP and FEF will take place on Monday the 12th 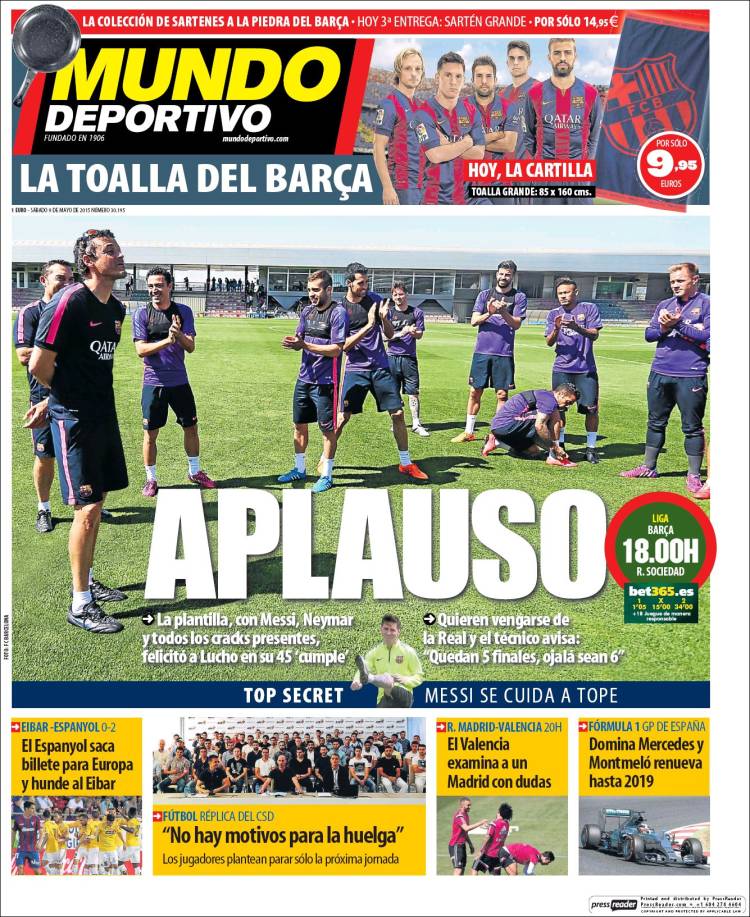 The squad, with Messi, Neymar and all the stars present, congratulated Lucho on his 45th birthday

They want revenge on La Real and the boss announces: “There are five finals left, hopefully six”

Espanyol take out a European ticket and sink Eibar

A replica of the CSD

“There are no reasons to strike”

The players plan on striking for only the next game

Valencia examine a Madrid with doubts