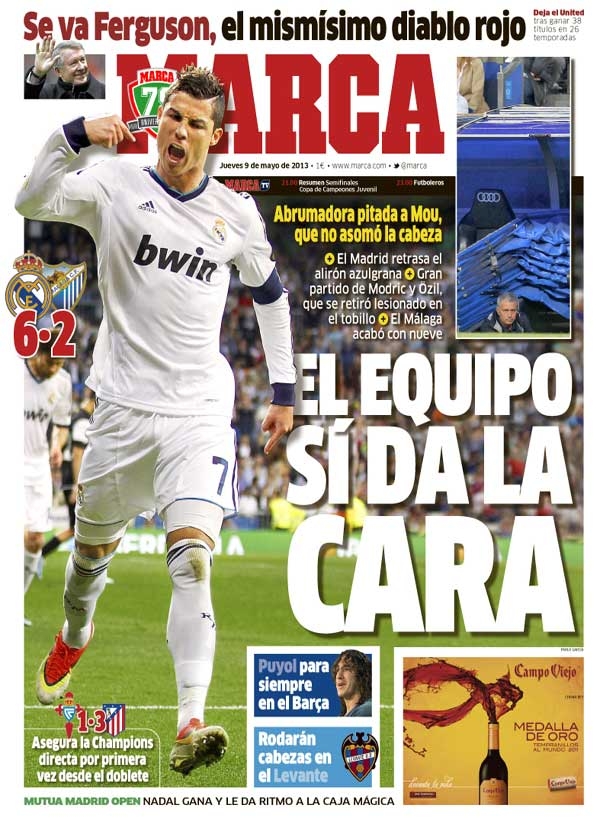 The team shows its face

Overwhelming jeers for Mou ,who does not show his face

A great game from Modric and Ozil, who went off injured

Heads to roll at Levante

Ferguson to go, the red devil himself to leave after winning 38 titles in 26 years 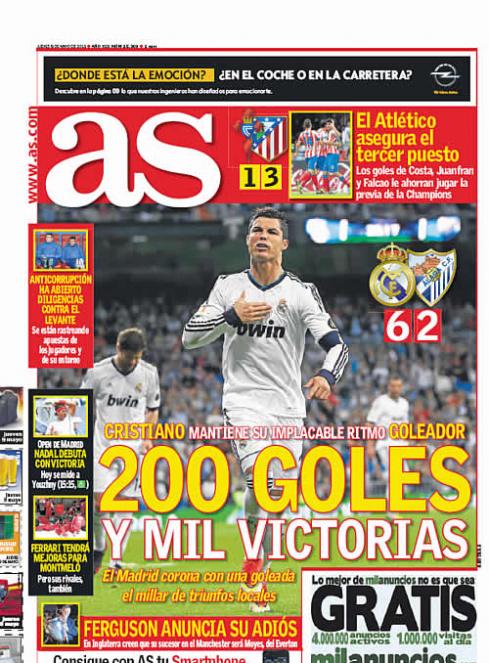 200 goals and a thousand victories

Madrid crowns a thousand home wins with a goal-feast

In England they believe his successor will be Moyes, from Everton

They are tracking bets and players and the club

Ferrari will have to improve for Montmelo

But his rivals, also 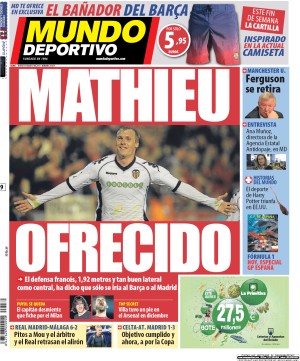 The French defender, 1.92 metres and as good in the centre as at left back, has said that he would go to Barca or Madrid

Villa was on his way to Arsenal in December

World Histories: The sport of Harry Potter triumphing in the USA