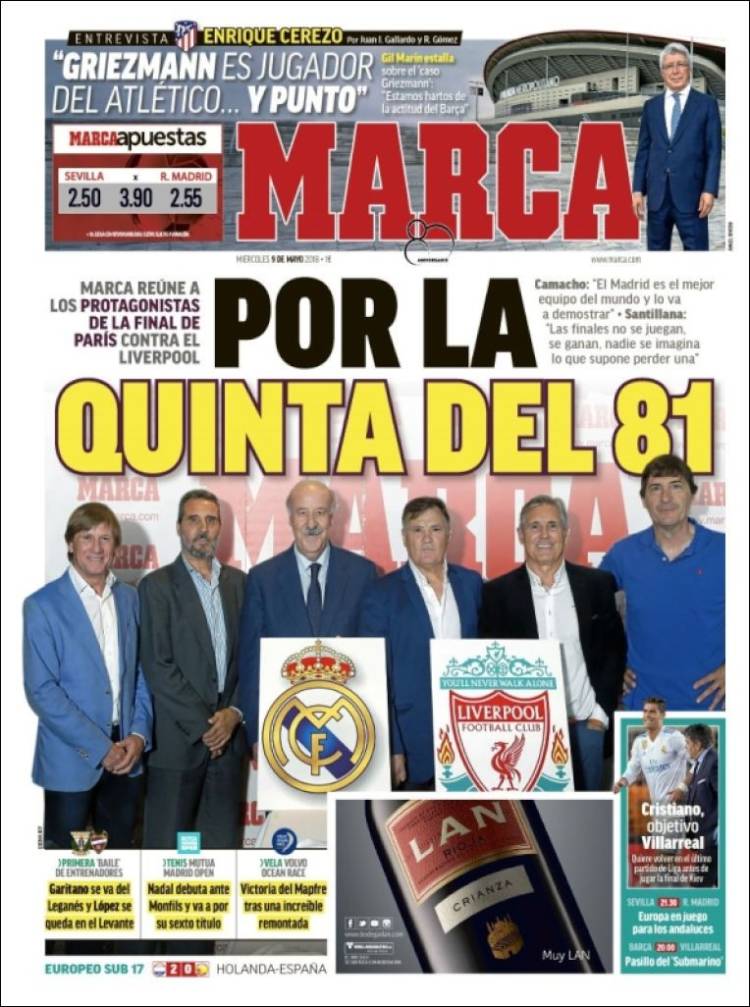 Marca reunites the main figures of the Paris final against Liverpool

Camacho: “Madrid are the best team in the world and they are going to show it”

Santillana: “You don’t play finals, you win them, and nobody could imagine you’re supposed to lose one

Griezmann is an Atletico player…full stop

Gil Marin explodes over the ‘Griezmann case’: “We are fed up of Barca’s attitude”

Dance of the coaches. Garitano leaves Leganes and Lopez stays at Levante

Cristiano objective Villarreal. He wants to play in the last league game before the Champions League final

Sevilla-Madrid… Europa in play for the Andalusians

Barca-Villarreal… Guard of honour from the ‘Submarine’ 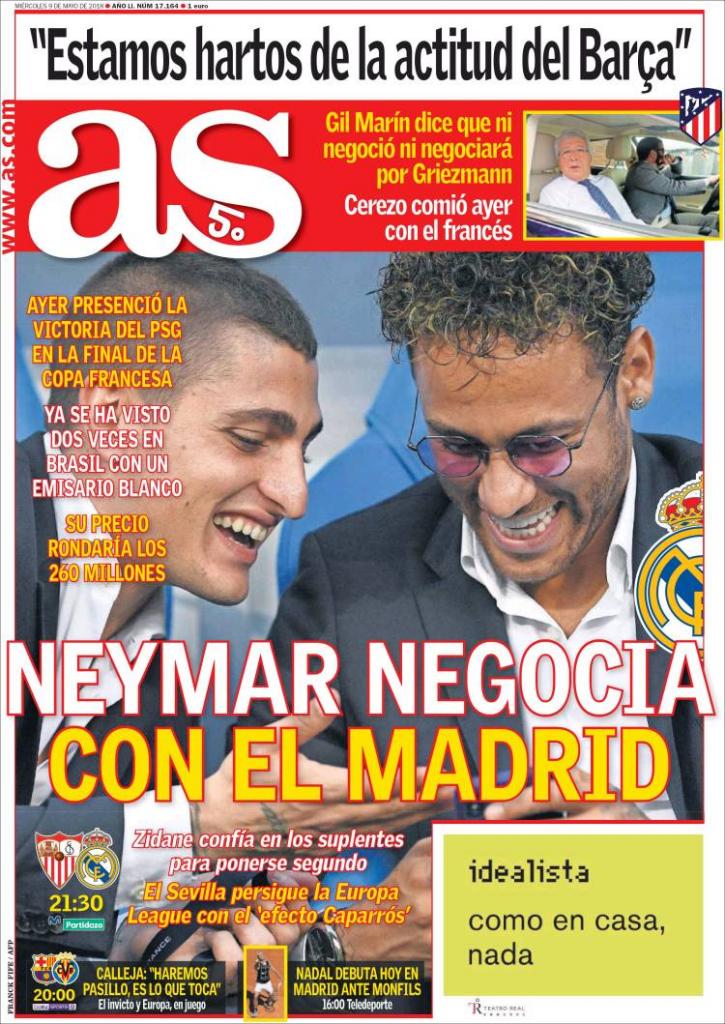 Yesterday he attended PSG’s victory in the French Cup Final

Zidane trusts in the replacements to take them to second place

Sevilla pursue the Europa League with the ‘Caparros effect’

“We are fed up of Barcelona’s attitude”

Cerezo dined with the Frenchman yesterday

Calleja: “We’ll form a guard of honour, it will be a nice touch

The unbeaten and Europe, to play for 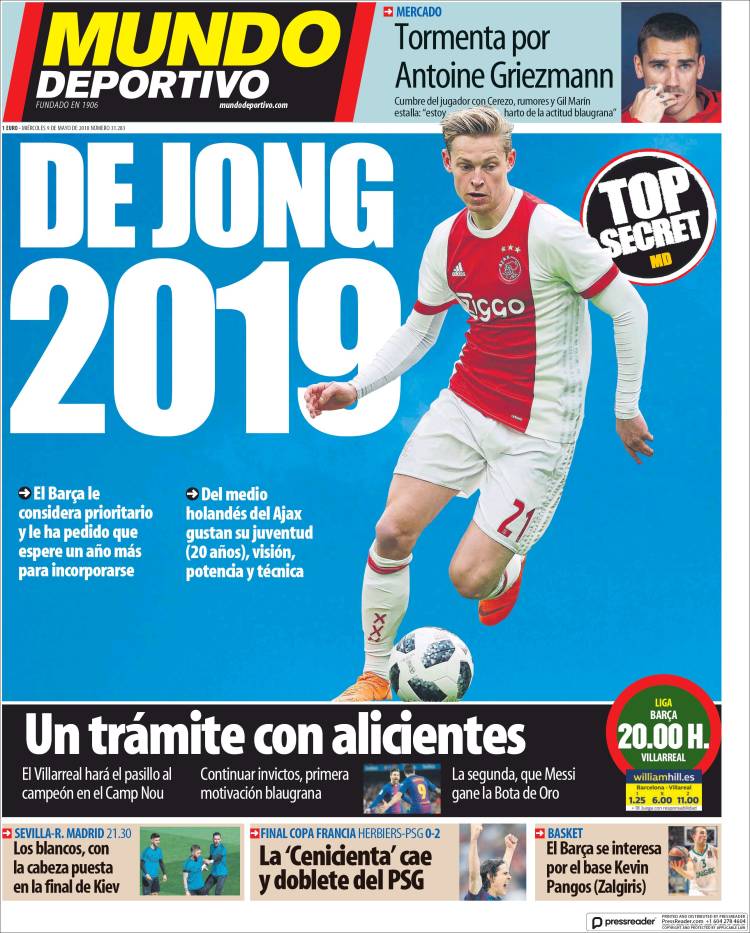 Storm over Antoine Griezmann…summit between the player and Cerezo, rumours, and Gil Marin explodes: “I am fed up of the Blaugrana’s attitude”

A process with incentives

Villarreal will form a guard of honour at the Camp Nou

The second, that Messi wins the Golden Boot