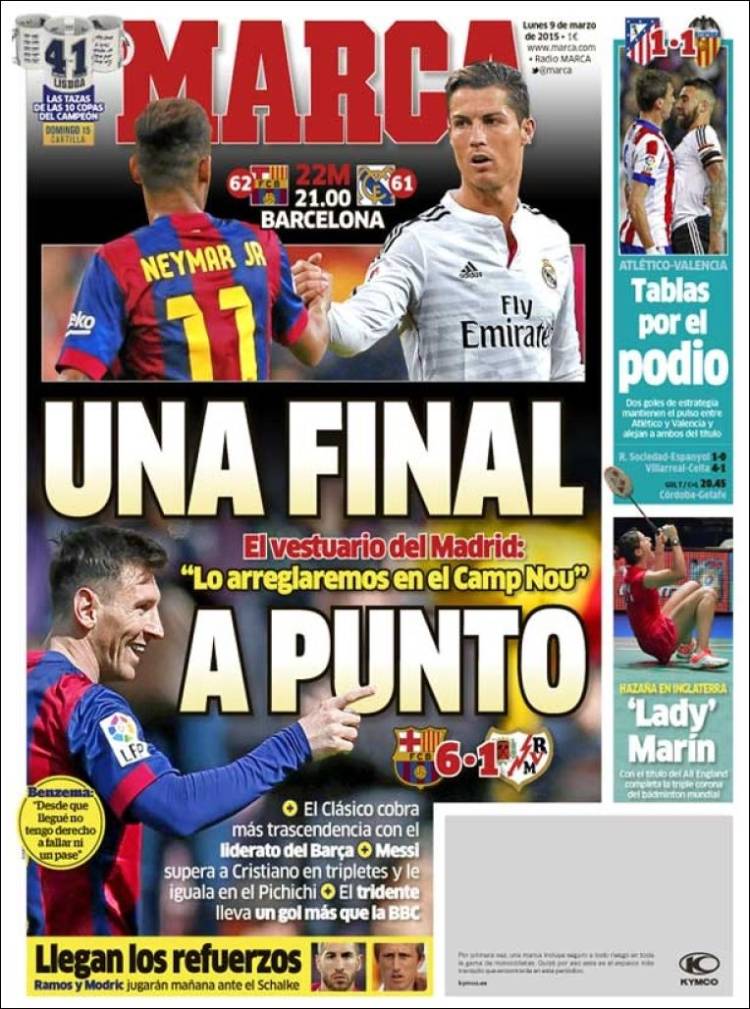 Ready for a final

The Madrid dressing room: “We’ll sort it out at the Camp Nou”

The Clasico now assumes more importance with Barca as leaders

The trio has scored one more goal than the BBC

Benzema: “Ever since I arrived I’ve not been allowed to fail, not even with one pass”

Reinforcements arrive: Ramos and Modric will play against Schalke tomorrow

A draw for the podium: two goals from dead ball situations leave Atletico and Valencia with a draw 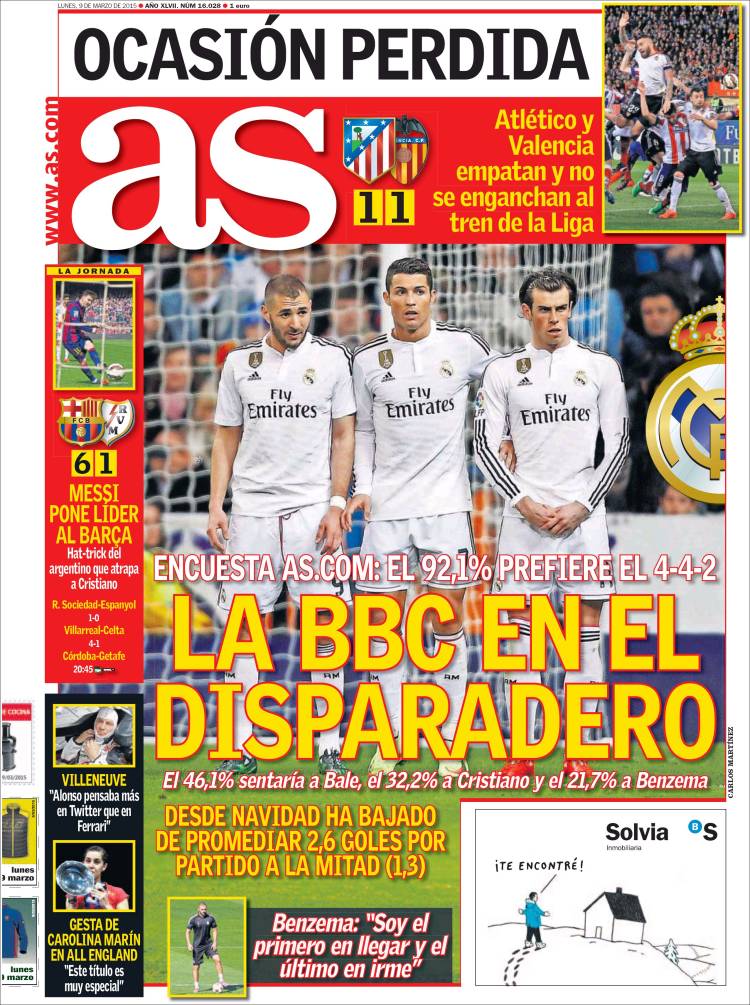 The BBC under fire

Since Christmas the average of 2.6 goals per game has halved to 1.3

Benzema: “I’m the first to arrive and the last to leave”

Lost chance: Atletico and Valencia draw and fail to get on the Liga train 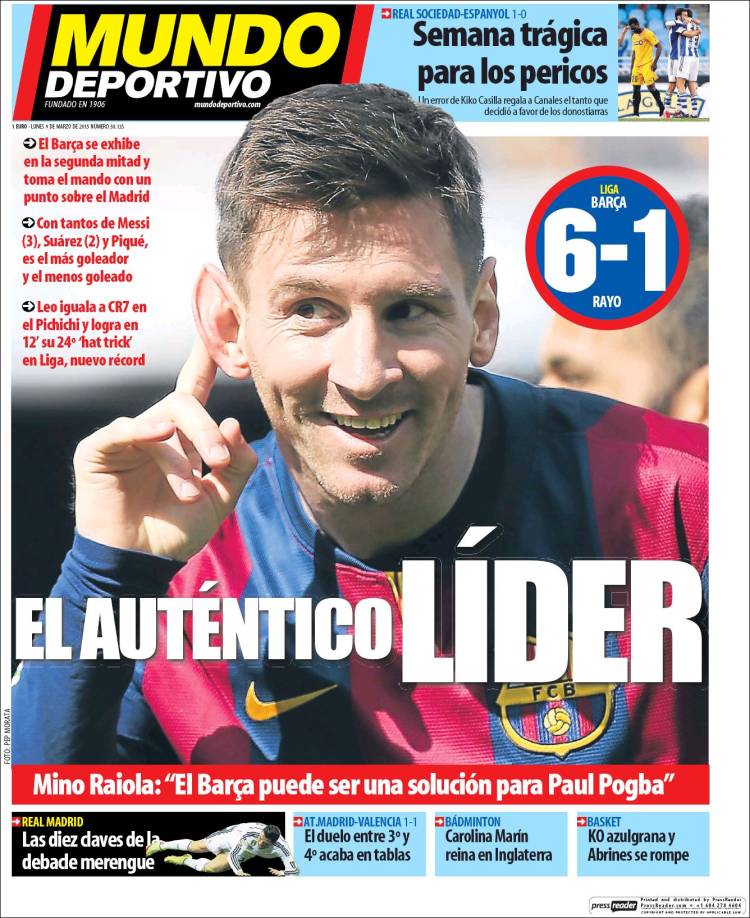 Goals from Messi (3), Suarez (2) and Pique make them the top goalscorers and the team to have conceded the least

Leo equals CR7 in the race for Pichichi and within 12 minutes gets his 24th La Liga hat-trick, a new record

Mina Raiola: “Barca could be a solution for Paul Pogba”

Tragic week for Los Pericos: a Kiko Casilla error gifts Canales the goal that decided the match in favour of the Donostia team

The clash between third and fourth ends in a draw

Real Madrid: the 10 key points to the Merengue fiasco