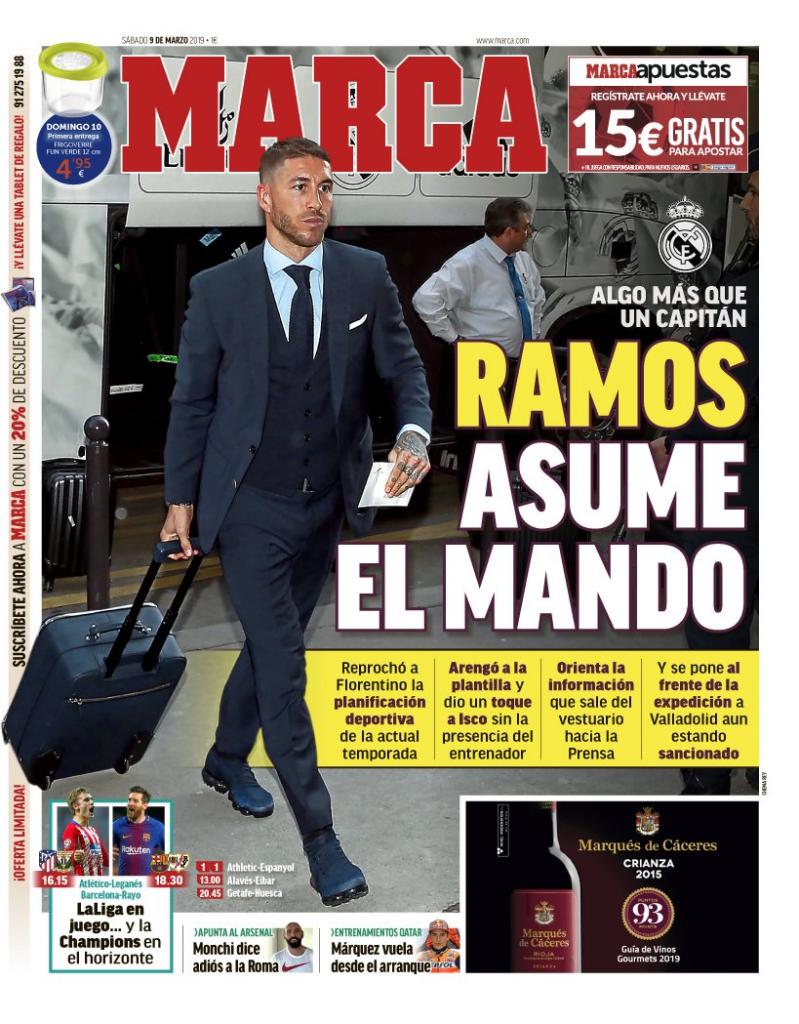 REAL MADRID: Ramos Takes Charge - Real's skipper criticises president Florentino Perez, demands more from his teammates, slams Isco behind Santiago Solari's back and prepares to 'lead' the side against Real Valladolid this weekend, despite his suspension. 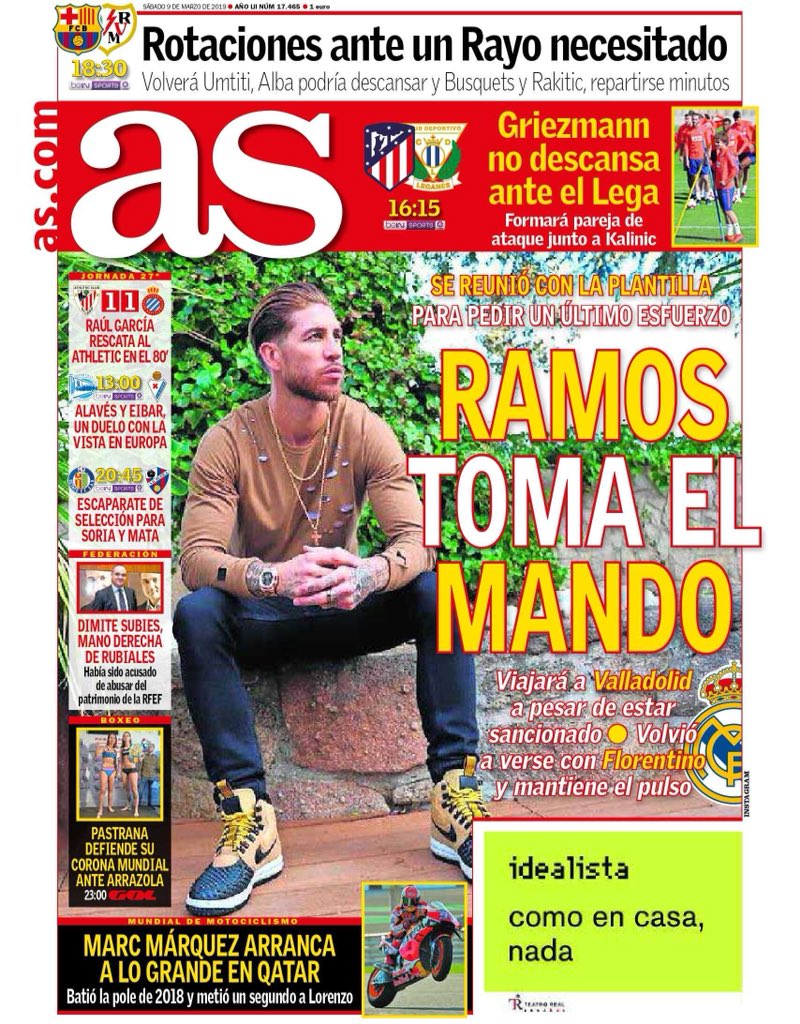 REAL MADRID: Ramos takes control - Sergio Ramos holds team meeting to demand a final end of season push from his teammates and will travel with the squad to Real Valladolid. He has also held a tense meeting with club president Florentino Perez.

BARCELONA: Ernesto Valverde is set to make changes against relegation threatened Rayo Vallecano, with Samuel Umtiti set to return to the side. Jordi Alba will be rested, with Sergio Busquets and Ivan Rakitic not expected to play 90 minutes ahead of Lyon clash. 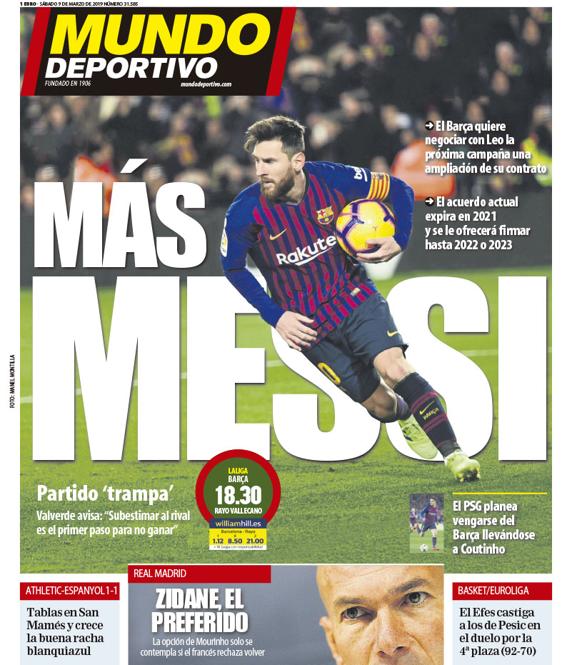 BARCELONA: More Messi - Barcelona want to offer Messi a contract extension on his current deal to 2021, increasing it to either 2022 or 2023. Ernesto Valverde warns against complacency ahead of Rayo Vallecano game.

REAL MADRID: Jose Mourinho is their second option, and will only be called on if Zinedine Zidane rejects a return to the club.