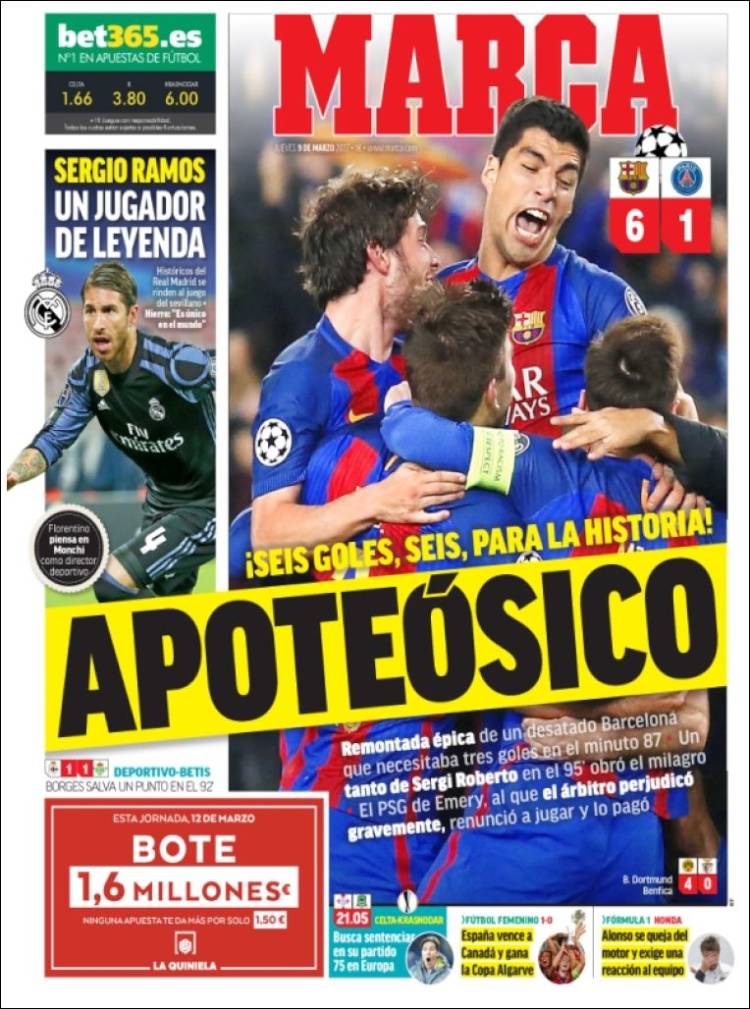 Sergio Ramos - a legendary player - Real Madrid historians surrender to the man from Seville, Hierro: He's the most unique in the world 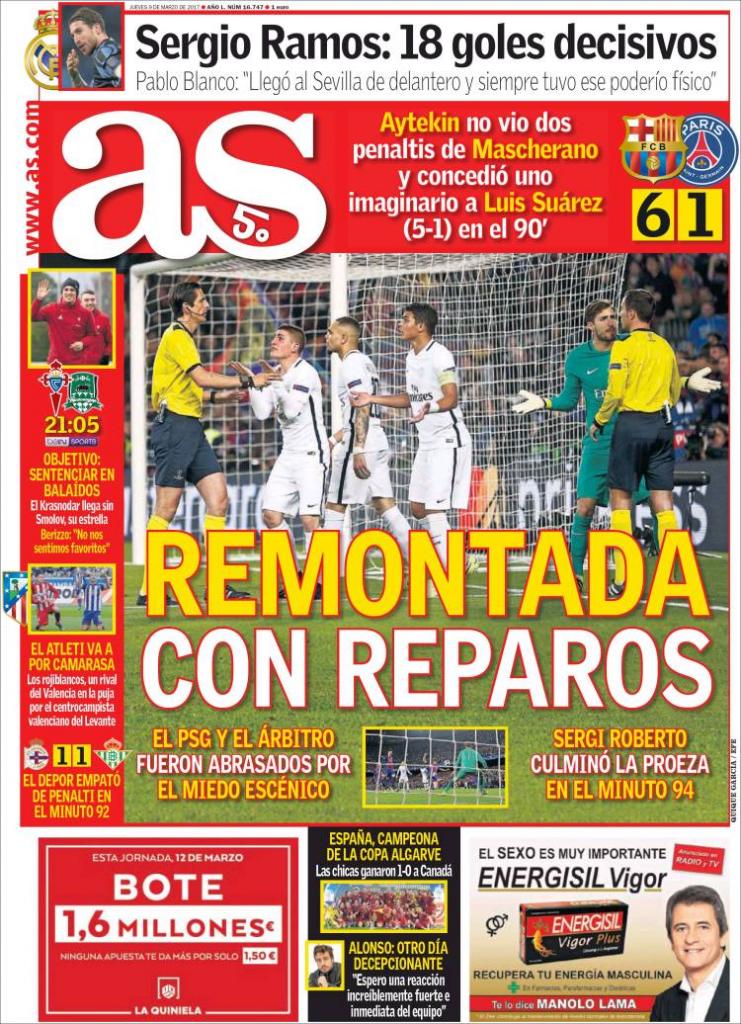 A comeback with objections

PSG and the referee were scorched by nerves and fear, Sergi Roberto finishes game in the 94th minute

Sergio Ramos - 18 decisive goals - Pablo Blanco: He arrived at Sevilla as a striker and always had predatory instincts

Atleti go for Camarasa - will rival Valencia for the central midfielder 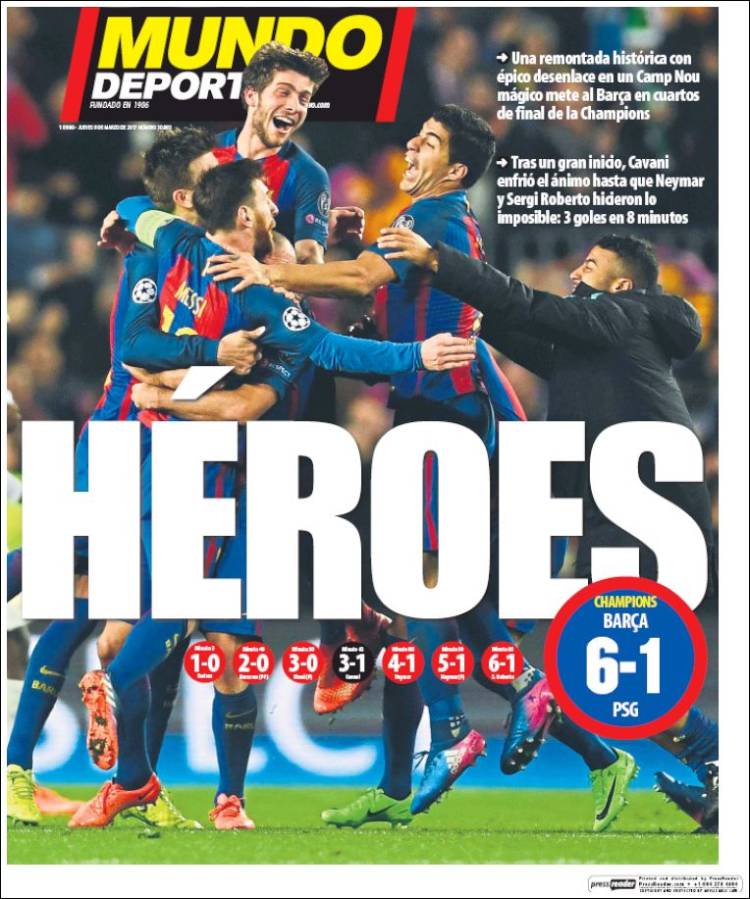 A historical comeback at Camp Nou ensures a magical night for Barcelona, who advance to the quarter finals

After a great start, Cavani's away goal ensured the impossible had to happen - Neymar (2) and Roberto score in space of 8 minutes