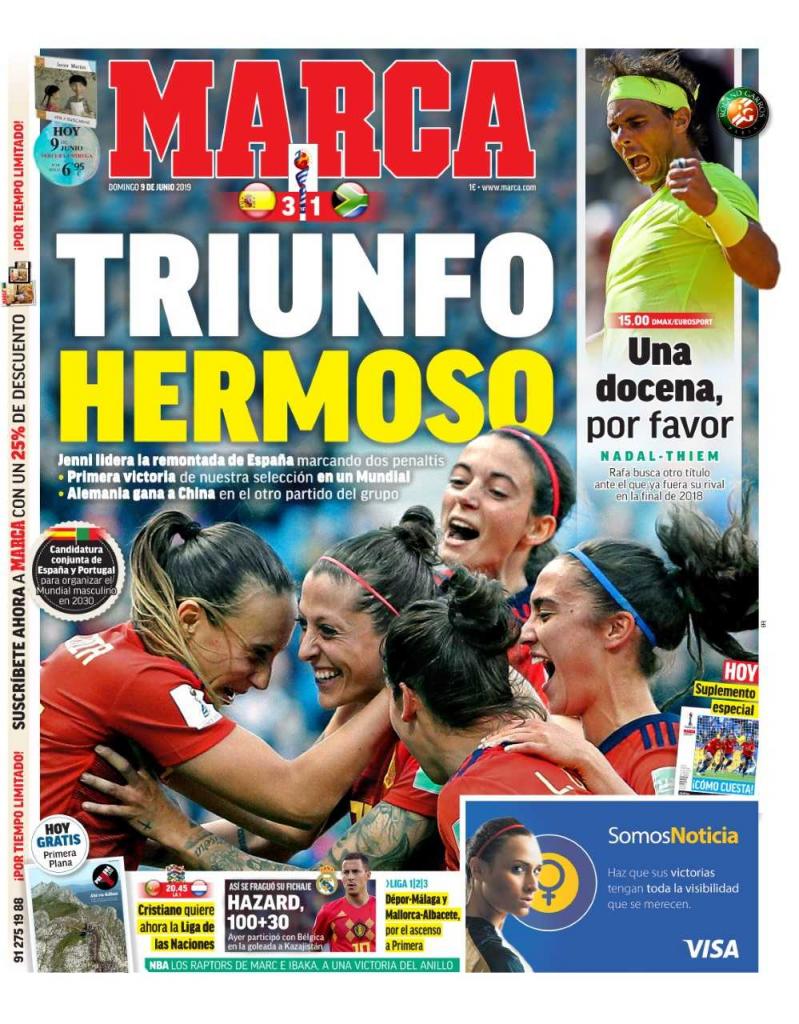 SPAIN: TRIUMPH FOF HERMOSO - Jennifer Hermoso netted two second half penalties as Spain beat South Africa 3-1 in their first game in the Women's World World Cup, with a group game against China up next. 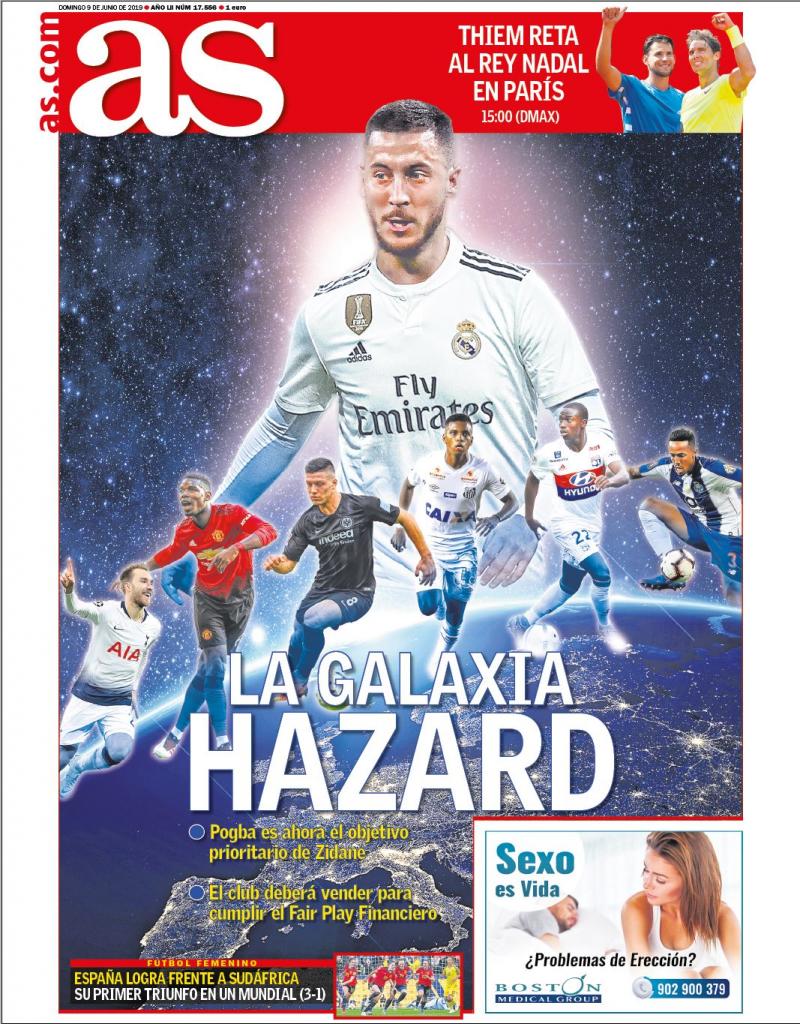 REAL MADRID: THE GALAXY OF HAZARD - Eden Hazard could be joined at Real Madrid by Paul Pogba, who is Zindine Zidane's next transfer target, but the club must adhere to FFP rules ahead of the 2019-20 season.

SPAIN: Spain beat South Africa 3-1 in their first game of the Women's World Cup in France. 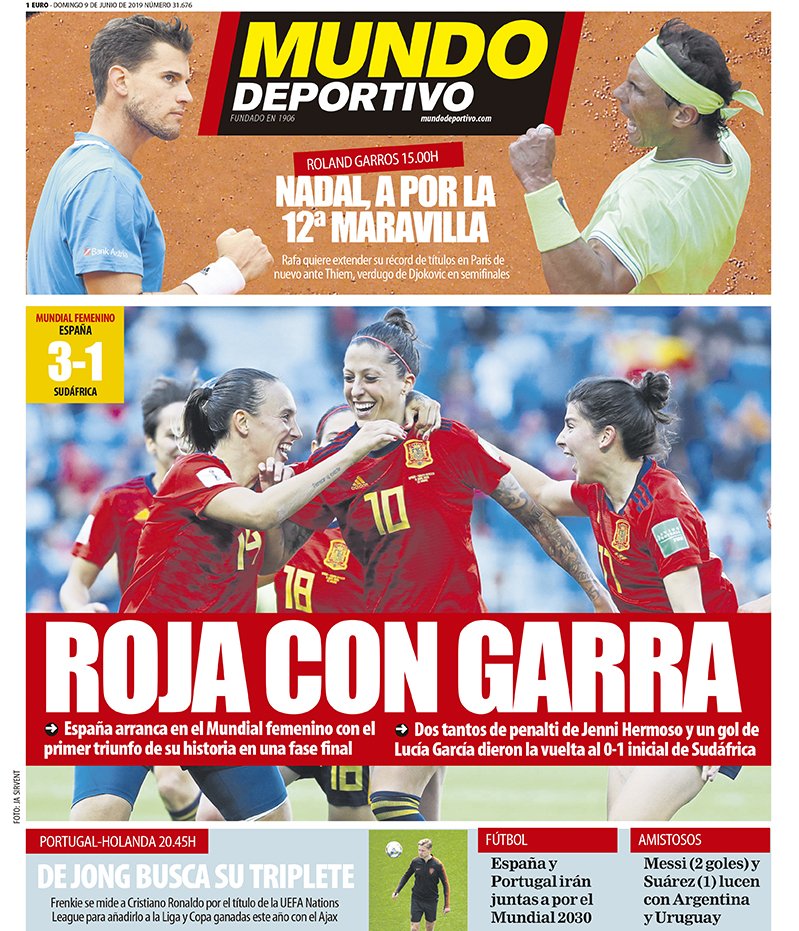 SPAIN: Spain opened their first ever Women's World Cup with a 3-1 group stage win over South Africa, as a goal from Lucia Garcia and a double from Jenni Hermoso secured a dramatic turnaround.

FC BARCELONA: DE JONG WANTS THE TREBLE - Frenkie De Jong will face former Real Madrid player Cristiano Ronaldo in the inaugural UEFA Nations League final, as he looks to complete a treble, after winning the league and cup with Ajax, before heading to the Camp Nou.