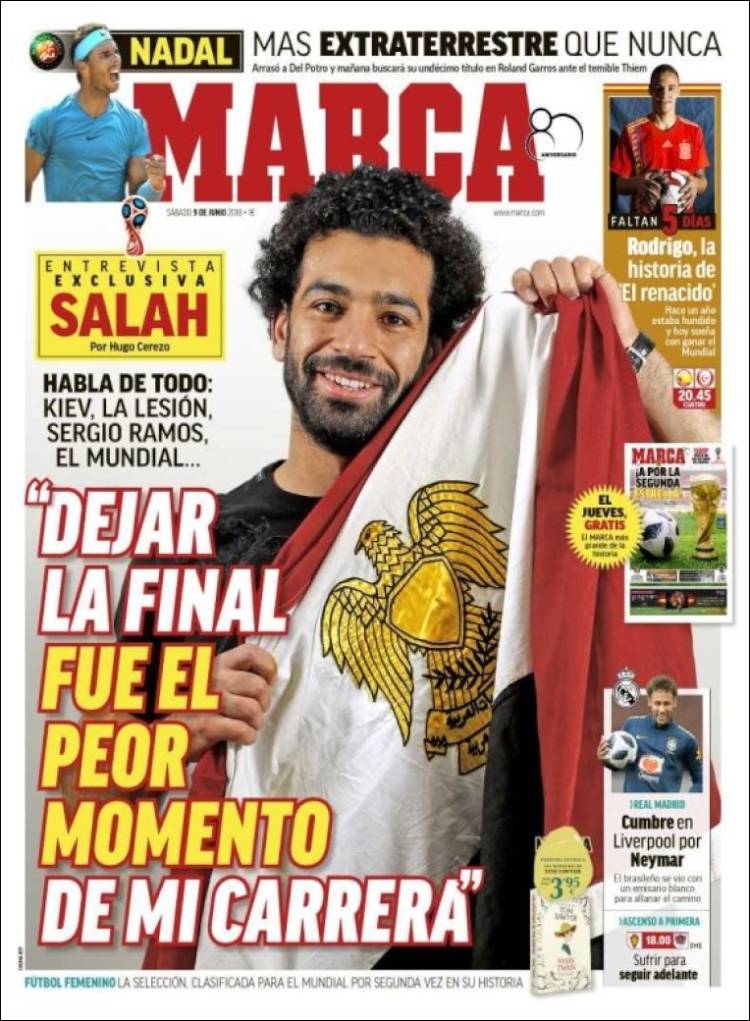 He talks about everything: Kiev, the injury, Sergio Ramos, the World Cup

"Leaving the Final was the worst moment of my career"

Rodrigo, story of the 'reborn'

Meeting in Liverpool for Neymar 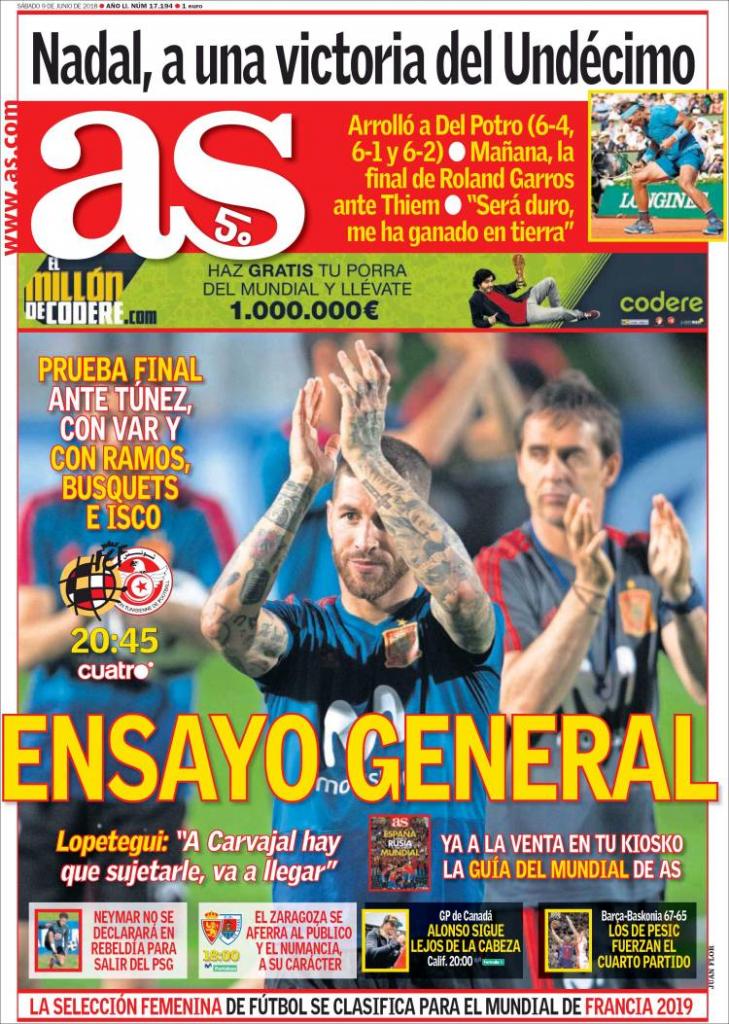 Final test against Tunisia, with VAR, Ramos, Busquets and Isco

Lopetegui: "We have to hold Carvajal back, but he's coming with us"

Neymar will not declare rebellion to leave PSG 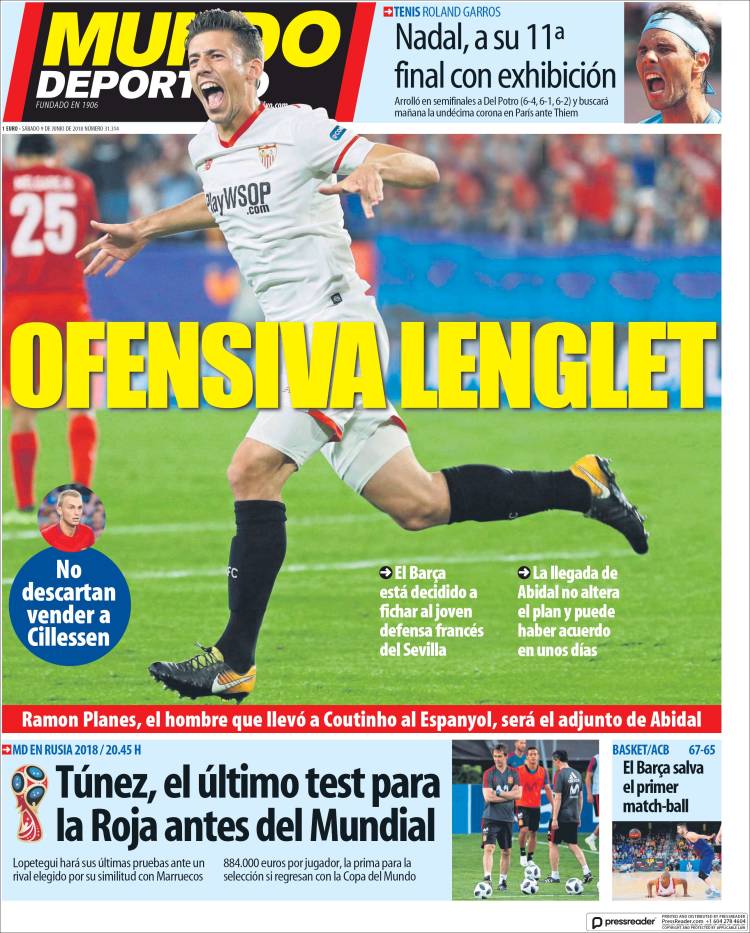 They also do not rule out selling Cillessen

Ramon Planes, the man who took Coutinho to Espanyol, will be Abidal's No 2

Tunisia, final test for La Roja before the World Cup