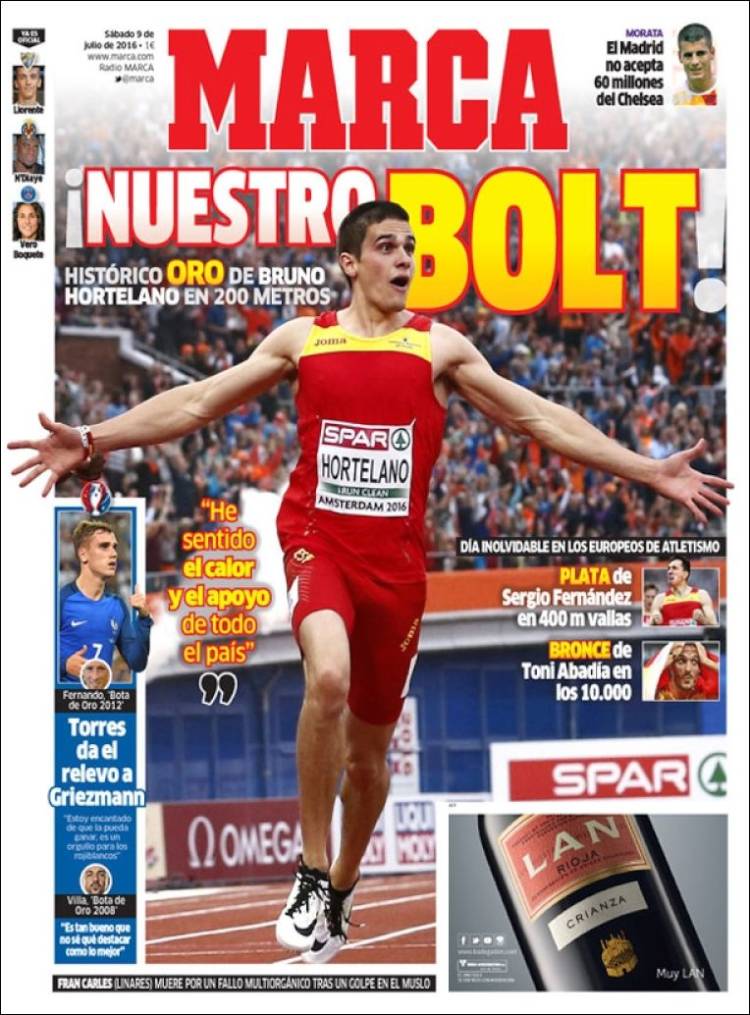 Madrid do not accept €60m from Chelsea

Torres gives the baton to Griezmann

“I’m delighted he can win it, it’s a source of pride for Los Rojiblancos” 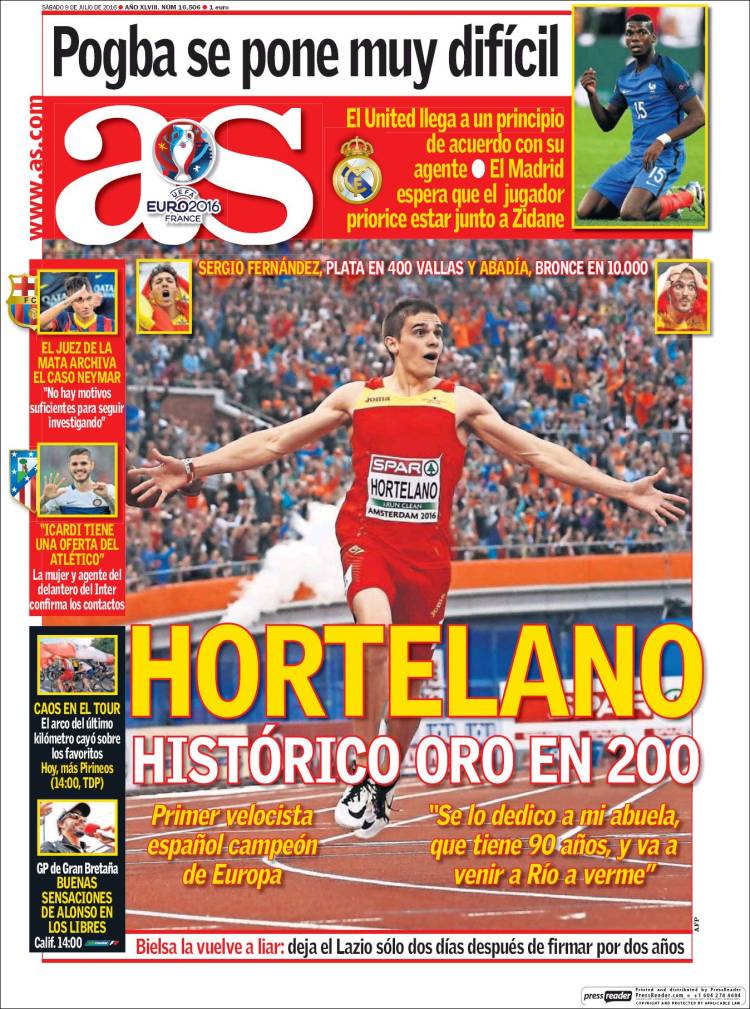 Historic gold in the 200m

United reach an agreement in principle with his agent

Madrid hope the player prioritises being alongside Zidane

“There are insufficient grounds to continue investigating”

“Icardi has an offer from Atletico”

Wife and agent of the Inter striker confirms contact 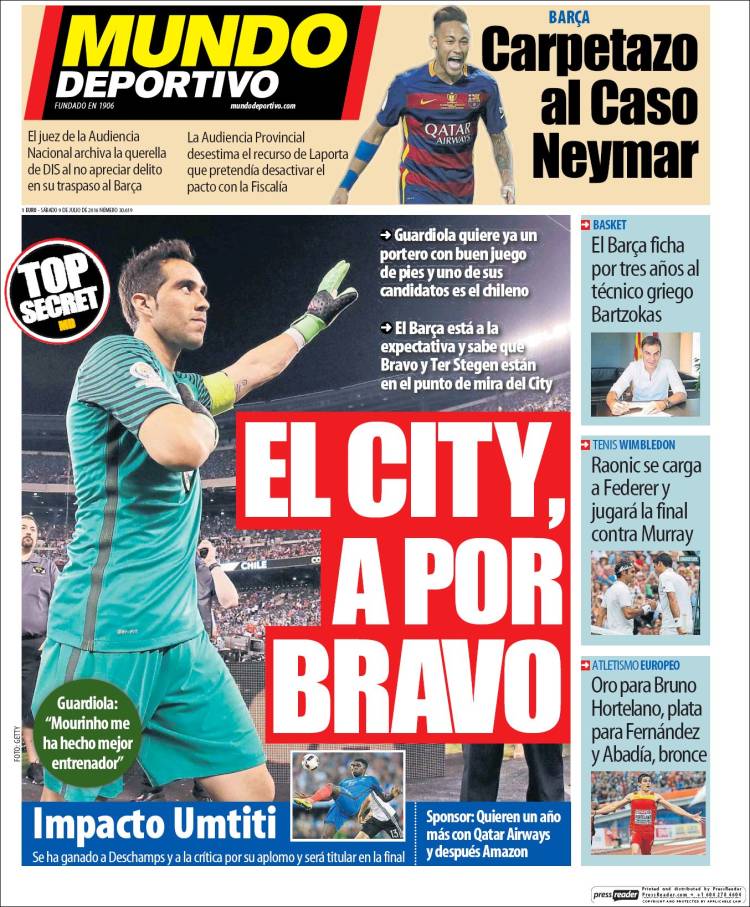 City in for Bravo

Guardiola: “Mourinho has made me a better Coach”

Sponsor: Barca want one more year with Qatar Airways and then Amazon

The Provincial Court dismisses Laporta’s appeal, in which he sought to revoke the pact with prosecutors