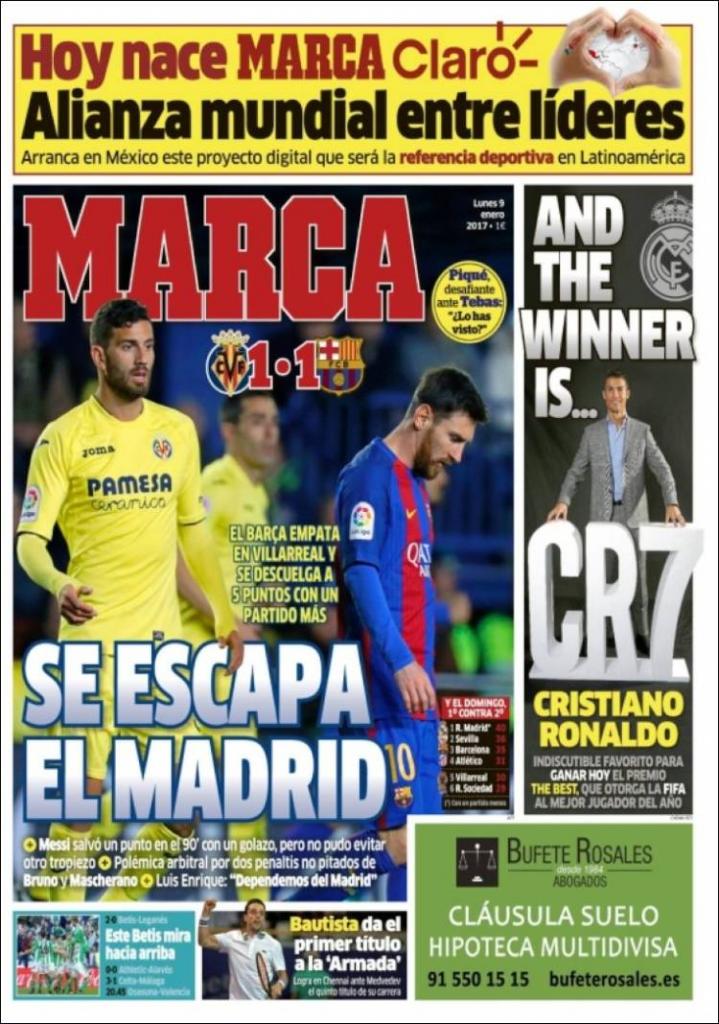 Luis Enrique: We depend on Madrid

Pique challenges Tebas - 'you have seen'

This Betis looks up - Betis 2-0 Leganes 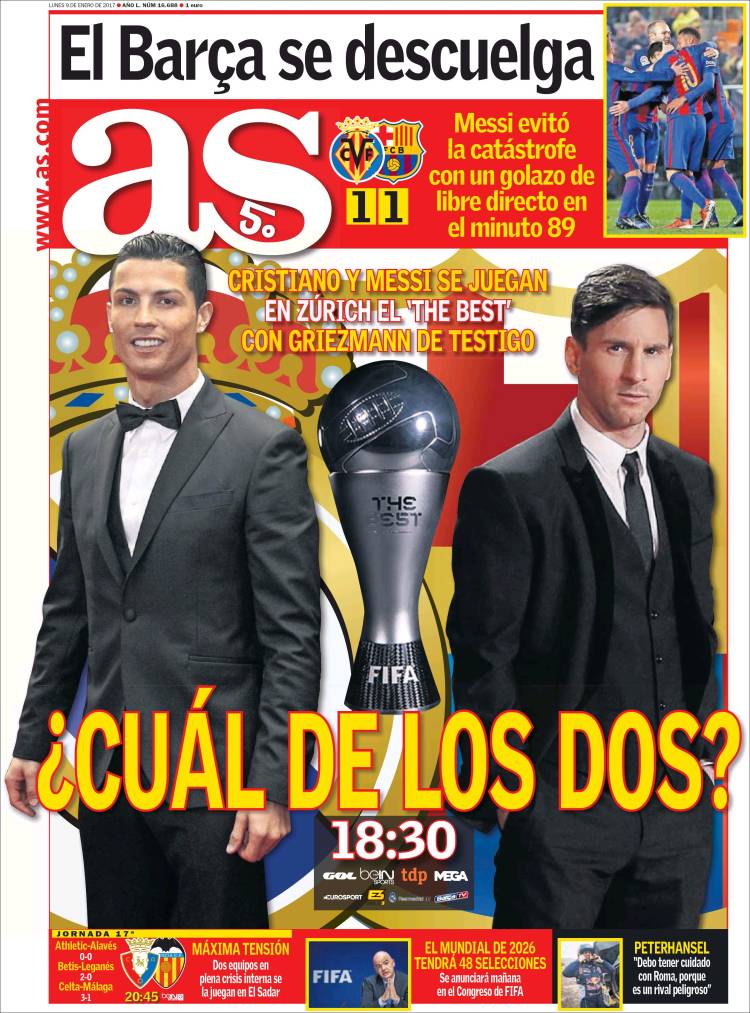 Which of the two?

Cristiano and Messi to compete for FIFA's The Best award for 2016, Griezmann goes as a witness 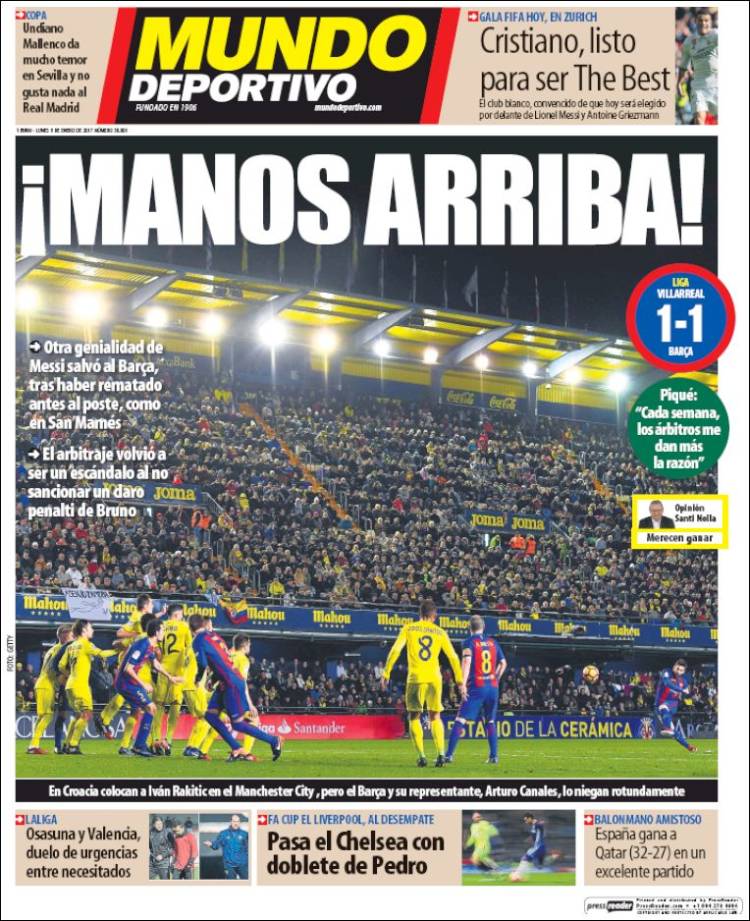 Another moment of Messi genius saves Barca, after trailing for so long, like at San Mames

Pique: Each week, the referees give me more reason

Chelsea progress with a double from Pedro