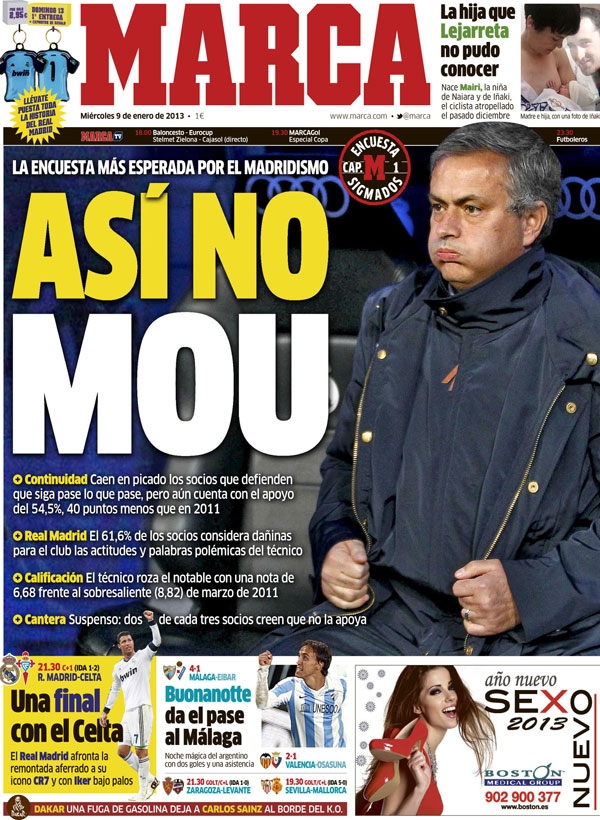 The most anticipated survey for Madridism turns out this result: No Mou

A great fall in the number of socios that support Mou not matter what happens, still even there are 54.5 per cent who back him, 40 points less than in 2011

61.6 per cent of the socios will consider him to be harmful to the club’s attitude and his controversial words dangerous

Cantera: two of every three socios believe they do support him

Real Madrid v Celta: A final with Celta, Real Madrid faces Celta needing a comeback and cling on to icon CR7 and Iker between the sticks

Malaga 4-1 Eibar: Buonanotte sees Malaga progress, a magical night for the Argentine with two goals and an assist

The daughter that Lejarreta could not know: Born Mairi, the baby of Naiara and Inaki, the cyclist knocked down in December 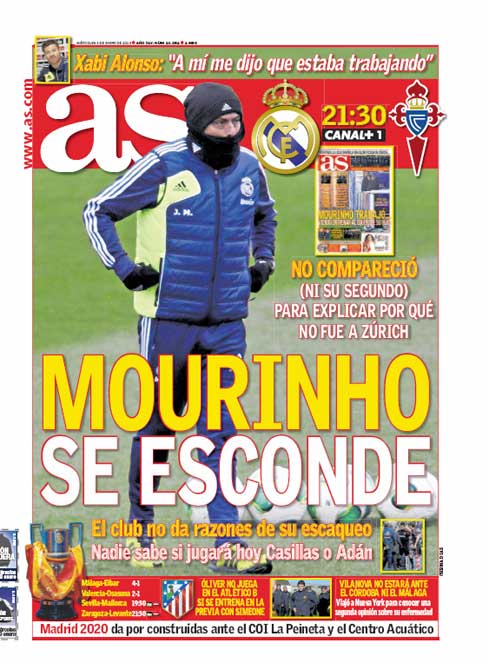 The club give no reasons for his game of chess

No reason to explain why he was not in Zurich

Xabi: He told me that he was working

Nobody knows who will play today, Adan or Casillas

No Oliver, plays the Atletico B team if what was seen in training by Simeone is any guess

Vilanova will not be present against Cordoba: He flies to new York to get a second opinion over his illness

Madrid 2020 to construct an Aquatic Centre 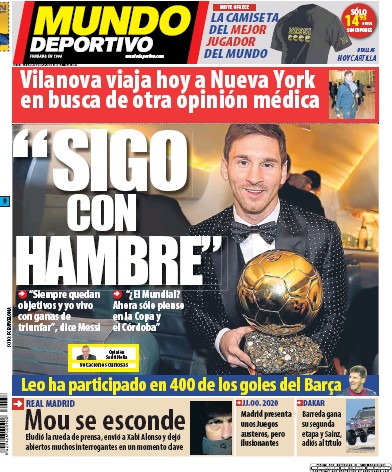 “I am hungry for more”, Messi

“There are always objectives and I live with desire to win”, Messi

“The World Cup?, now I am only thinking of the Copa del Rey match and Cordoba”, Messi

Leo has participated in 400 goals for Barca

Mou is hiding: He avoids the press and sent a message to Xabi Alonso and leaves open many questions in a key moment

Dakar: Barreda wins his second stage and Sainz says goodbye to the title