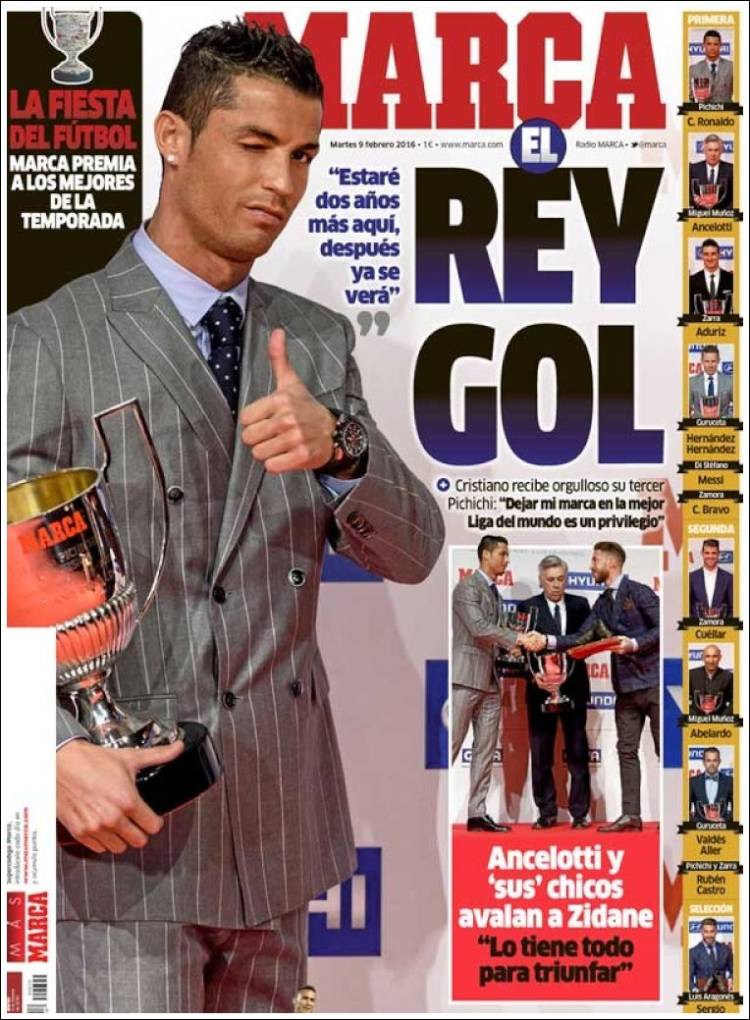 Ancelotti and ‘his’ boys endorse Zidane

“He has everything to succeed” 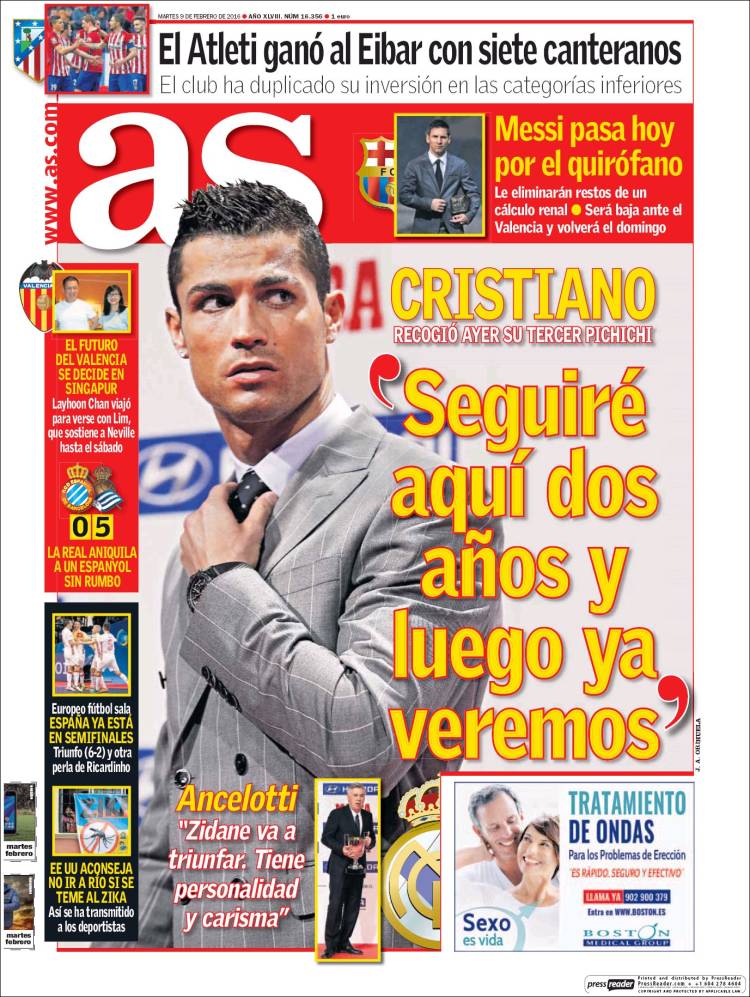 The club has doubled its investment in the lower categories

Messi goes under the knife today

The remains of any kidney stone will be removed

He will miss Valencia and will return on Sunday

Layhoon Chan travelled to meet with Lim, who supports Neville until Saturday

La Real blow away an Espanyol without direction

“Zidane will succeed. He has the personality and charisma” 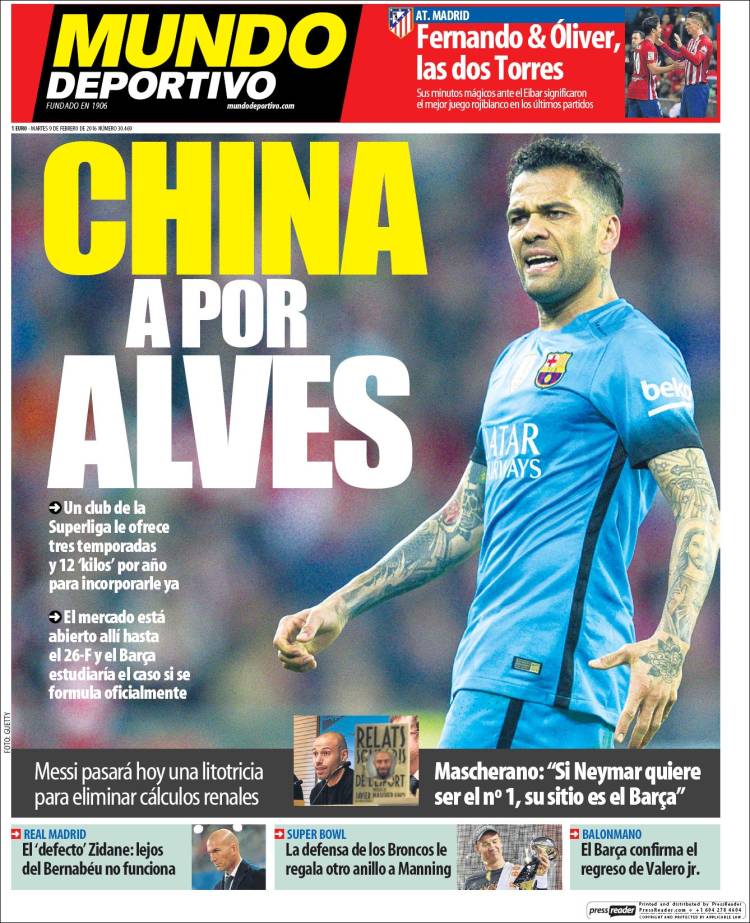 Fernando and Oliver, the two Towers [Torres is Spanish for towers]

Mascherano: “If Neymar wants to be No 1, the place is Barca”

Zidane’s ‘default’: Doesn’t work away from the Bernabeu