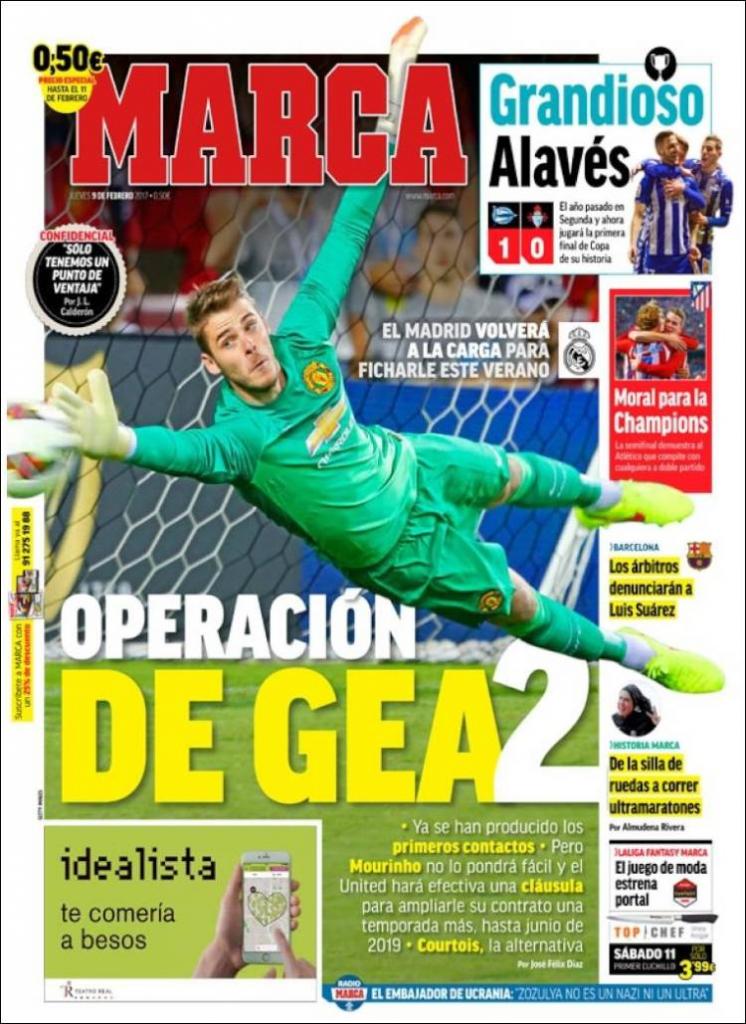 First contact made by Real Madrid for De Gea, but Mourinho won't make it easy - aims to extend deal until 2019, the alternative is Courtois

Calderon: We only have a one point advantage

Morale for the Champions League - Atleti 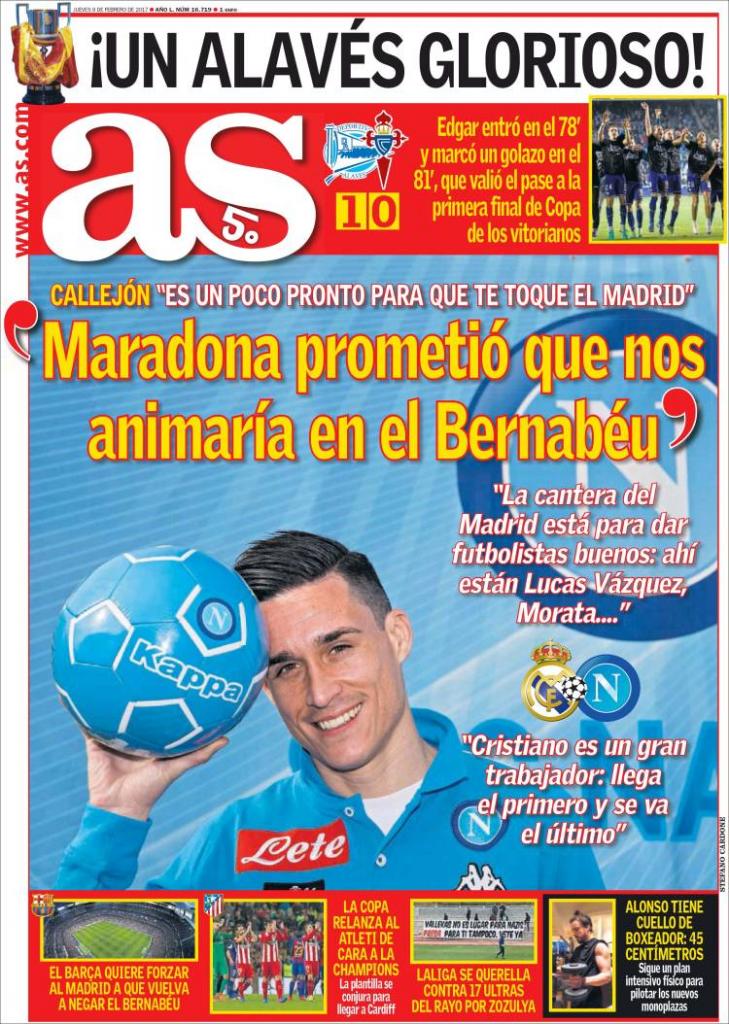 "Maradona promised to cheer us at the Bernabeu" - Callejon

'It's too early to say we can shock Madrid'

La Liga complains about 17 ultras at Rayo over Zozulya 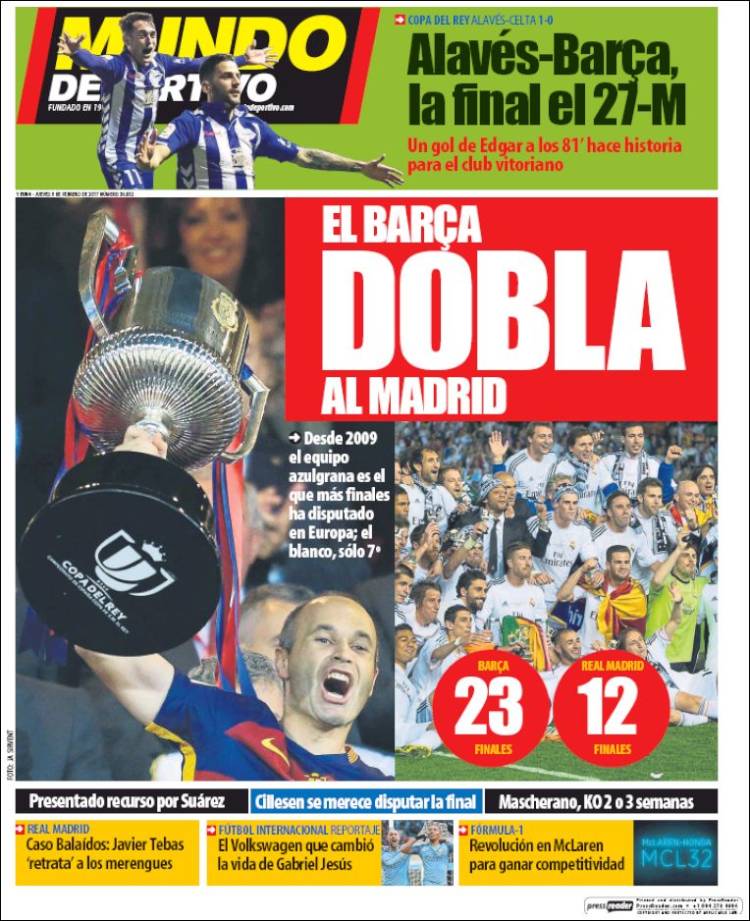 Barca - double the amount as Madrid

Since 2009, Barcelona have made more finals than any other top European side, Real Madrid only 7th

Referees criticise Suarez, Cillessen deserves to play in the final, Mascherano out for 2-3 weeks