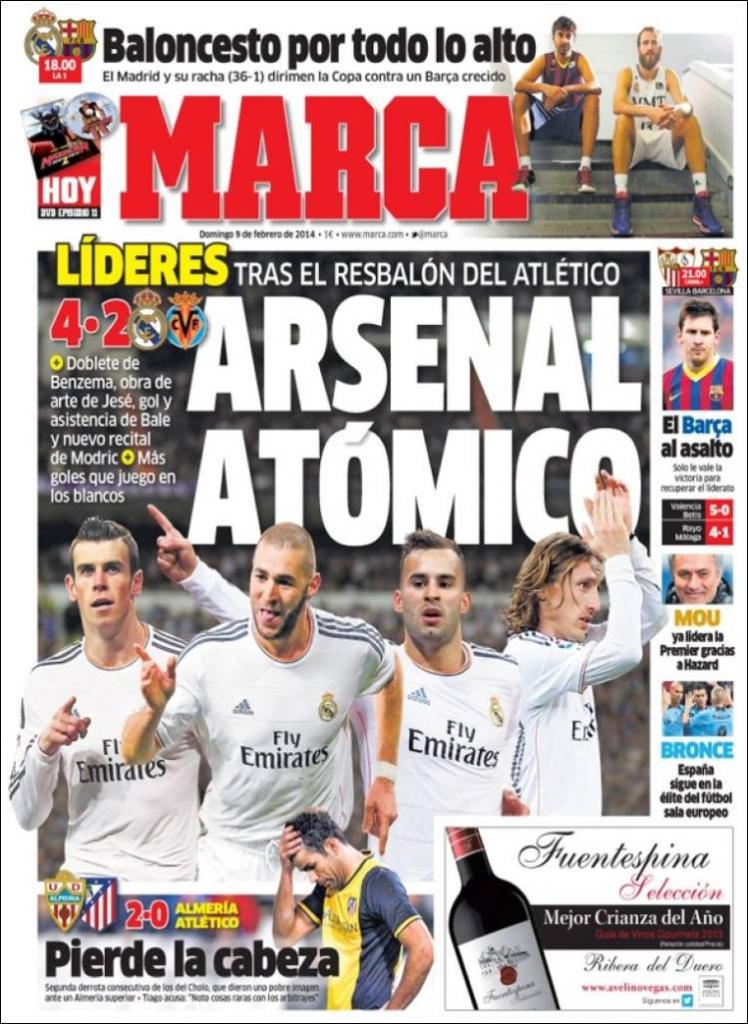 Madrid are leaders after Atletico slip up

Benzema gets a double, another work of art from Jese and a goal and an assist from Bale and another exhibition from Modric

Loss of heads: A second consecutive defeat for El Cholo's men, that gave

a poor image against a superior Atletico

Tiago's suspicious accusations: "I am noticing rare things from the referees"

Basketball: Madrid and their 36-1 winning streak take on a Barca side on the rise

Barca on the assault

Mou already leading the Premier League thanks to Hazard

Bronze: Spain continue to be at the top in Futsal 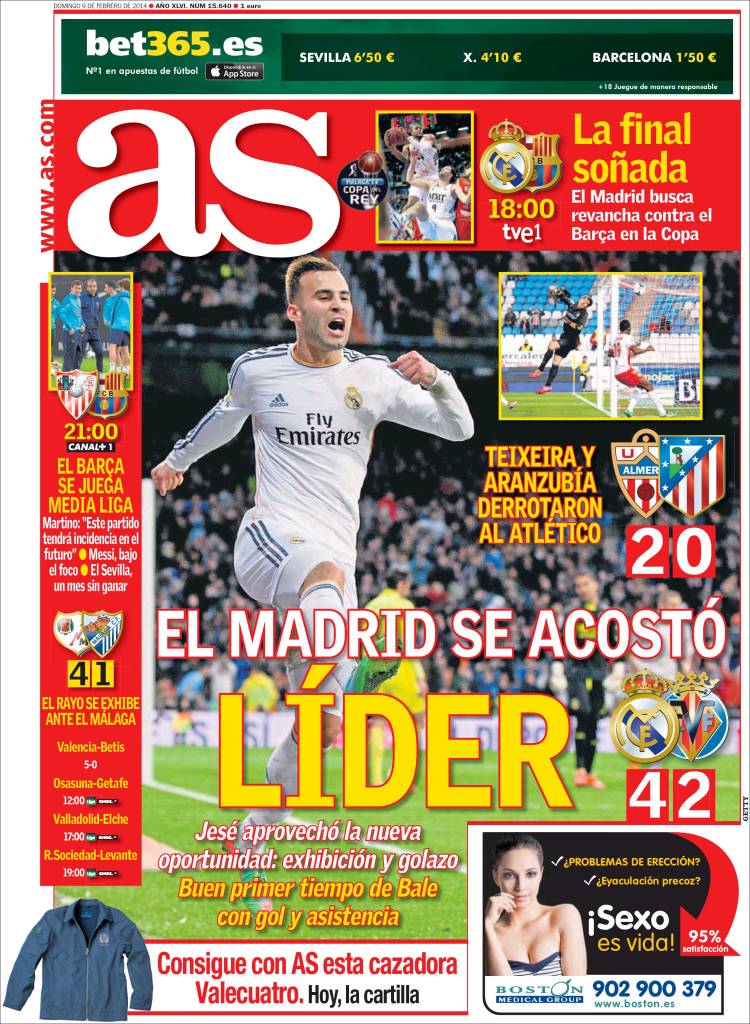 Jese takes advantage of his chance; another exhibition and golazo

The final song: Madrid look for revenge against Barca in the Copa

Martino: "This game means a lot for what happens later on"

Messi, out of focus

Sevilla, a month without winning

Rayo put on a show against Malaga 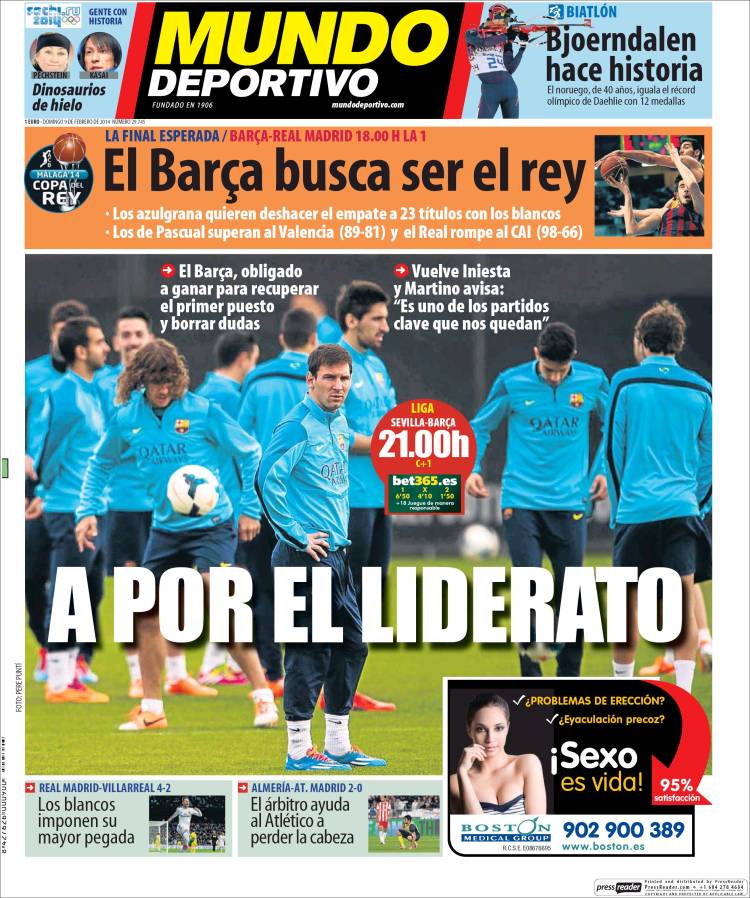 Iniesta returns and Martino warns: "This is one of the key games that are left to play" Barca searching for a key

Pasual's side overcome Valencia and Real romp to victory

Los Blancos give another sucker punch

The referee is key as Atletico lose their heads