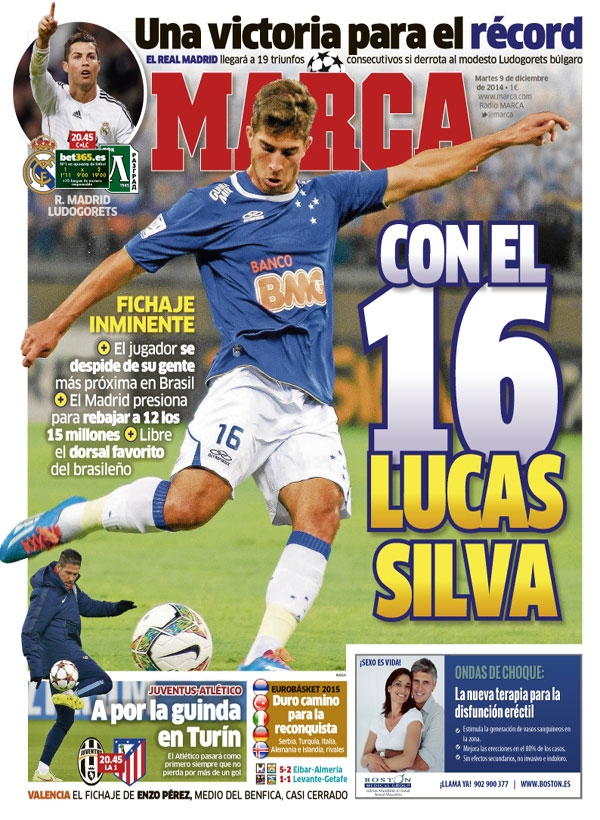 With the No 16, Lucas Silva

A victory for the record

The icing on the cake in Turin 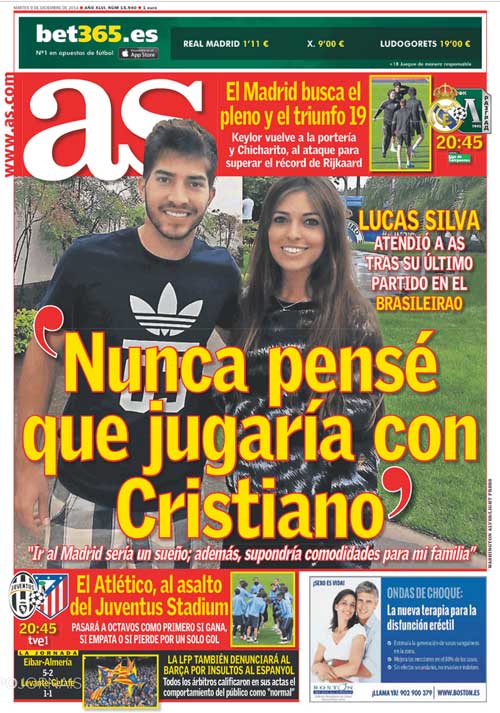 Lucas Silva met AS after his last game in the Brasileirao

“To go to Madrid would be a dream: besides, it would be good for my family”

Madrid seek a full house and win No 19

They will go through to the Last 16 in first place if they win, draw, or lose by one goal

The LFP will also denounce Barca for insults towards Espanyol 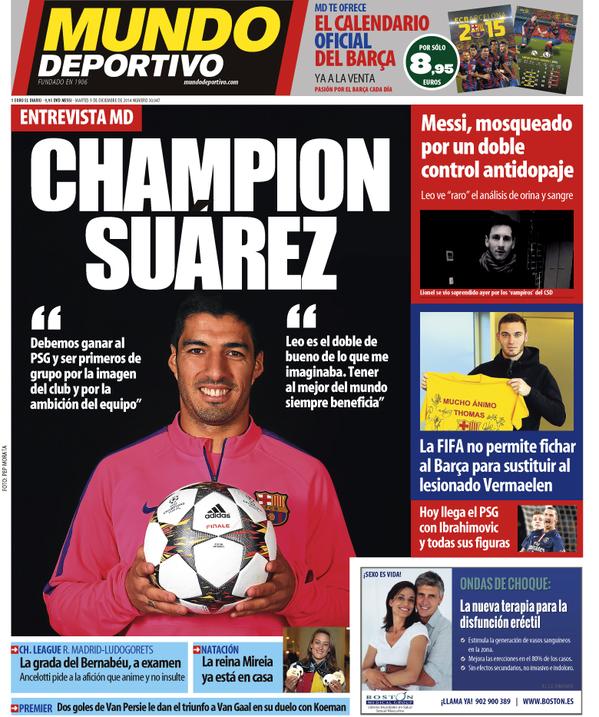 “We must beat PSG and be first in the group, both for the image of the club and the ambition of the team”

“Leo is twice as good as I imagined. To have the best in the world is always a benefit”

Leo finds it “strange” the urine and blood analysis

FIFA will not let Barca sign to replace the injured Vermaelen

PSG arrive today with Ibrahimovic and all their star men

The Bernabeu support under examination

Ancelotti asks the fans to support and not insult