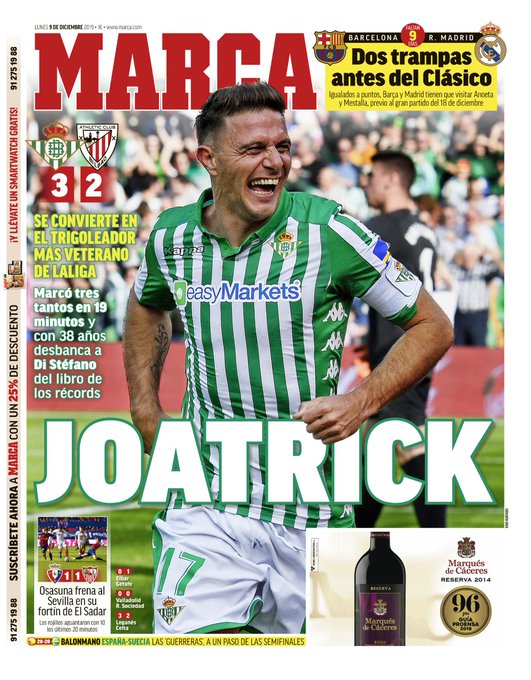 Two traps before El Clasico - visits to Anoeta, the Mestalla 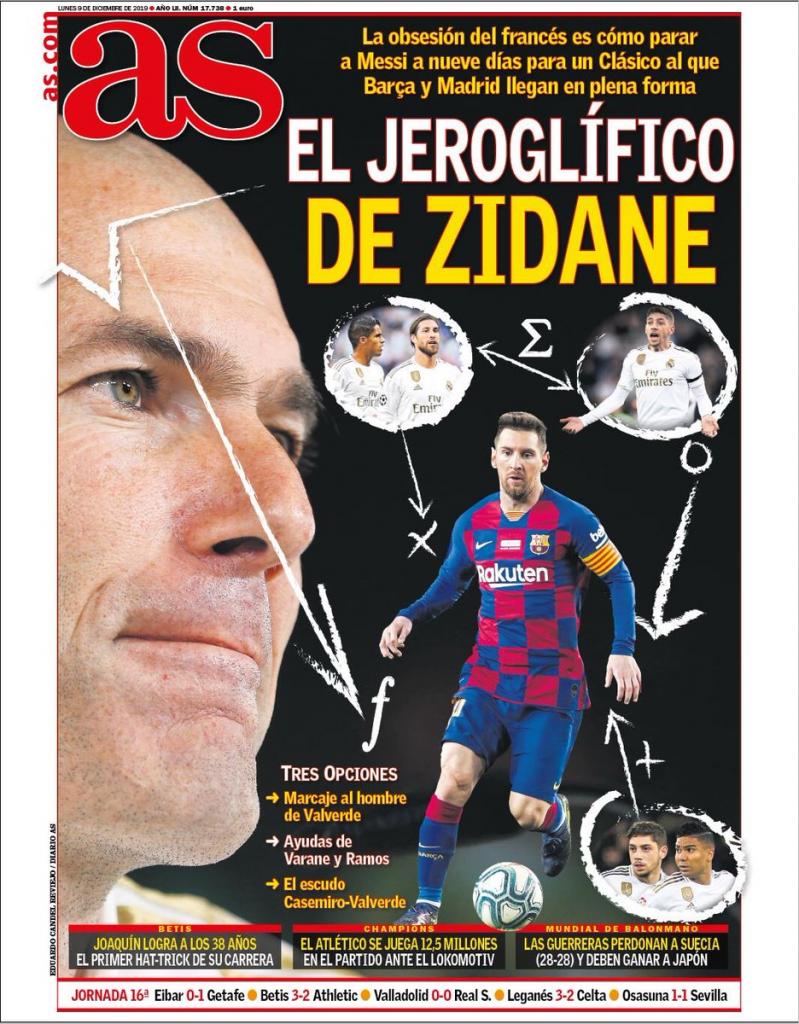 The hieroglyph of Zidane

Three options - Valverde marks him, the help of Varane/Ramos, a Casemiro/Valverde shield

Joaquin scores the first hat-trick of his career, at 38

Atleti play for 12.5m in match against Lokomotiv 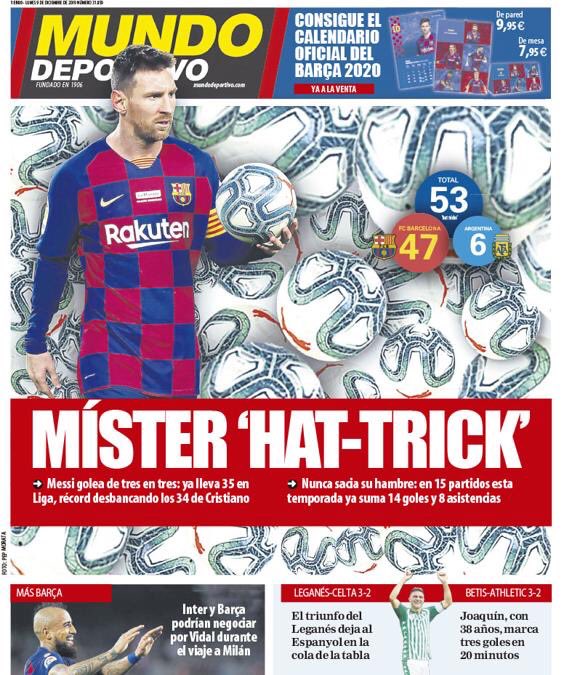 Has 35 in La Liga, clear of Cristiano's 34, never loses his hunger - 14 goals and eight assists in 15 games this season

Inter and Barcelona negotiate on Vidal during Milan trip