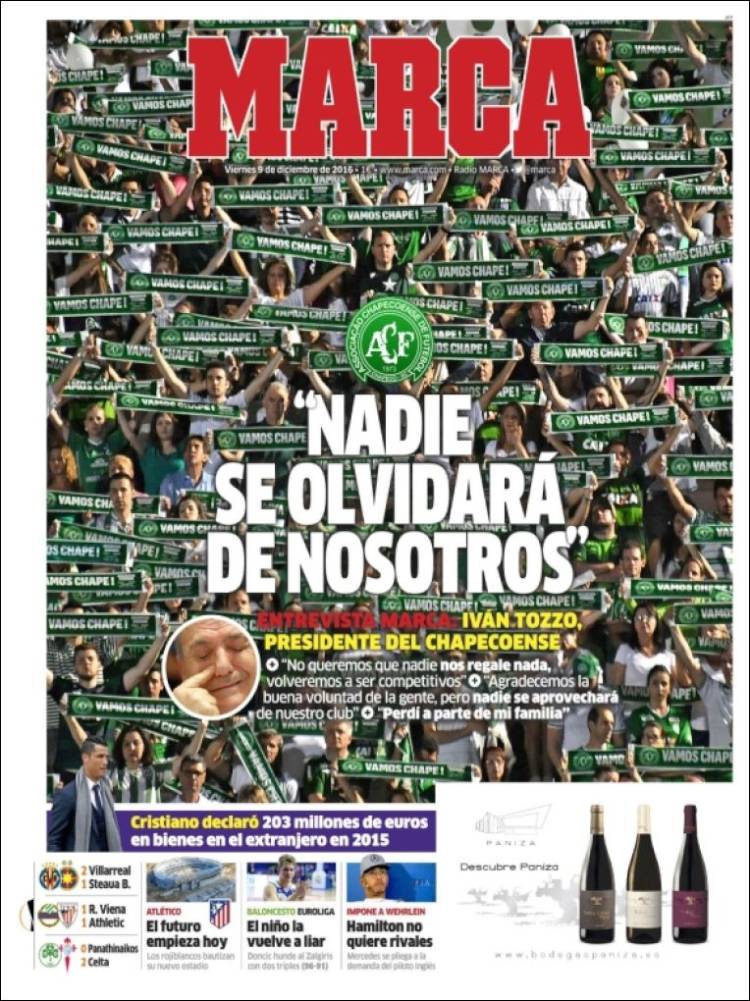 "Nobody will forget us" says Chapecoense president Ivan Tozzo

"We don't want anyone to give us anything, we want to be competitive again"

"We appreciate the goodwill of the people, but nobody will take advantage of our club"

"I have lost part of my family" 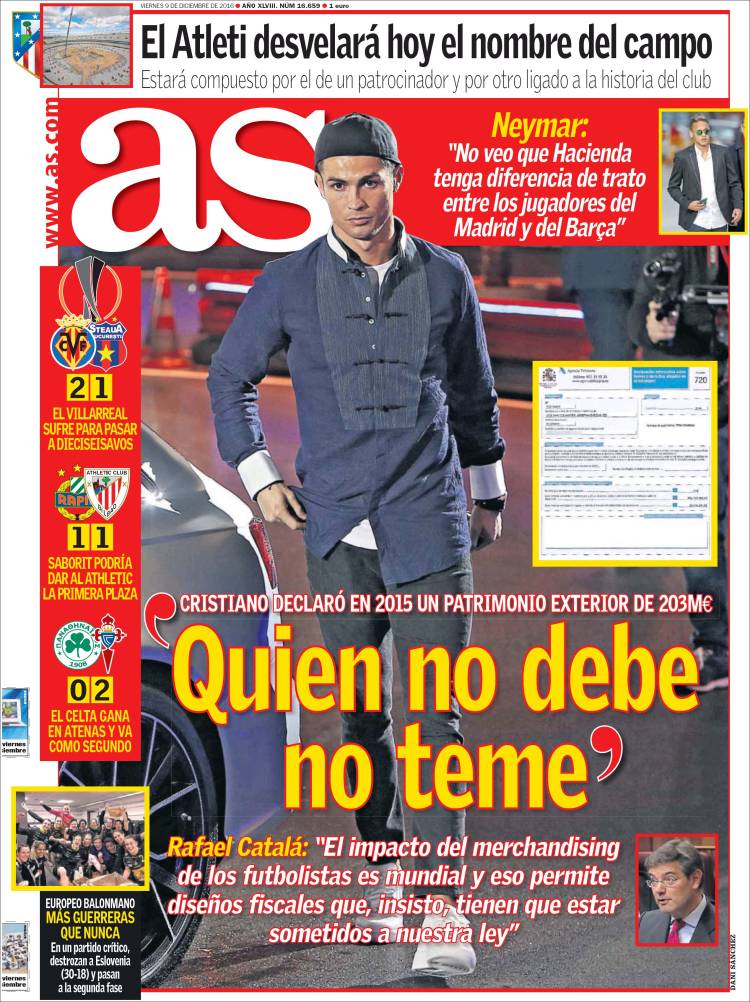 "He who owes nothing should fear nothing"

Rafael Catala: Merchandisings impact on footballers is global and leads to tax schemes that must be subject to the law

Neymar: I don't see any difference in treatment by the Treasure between RM and Barca players 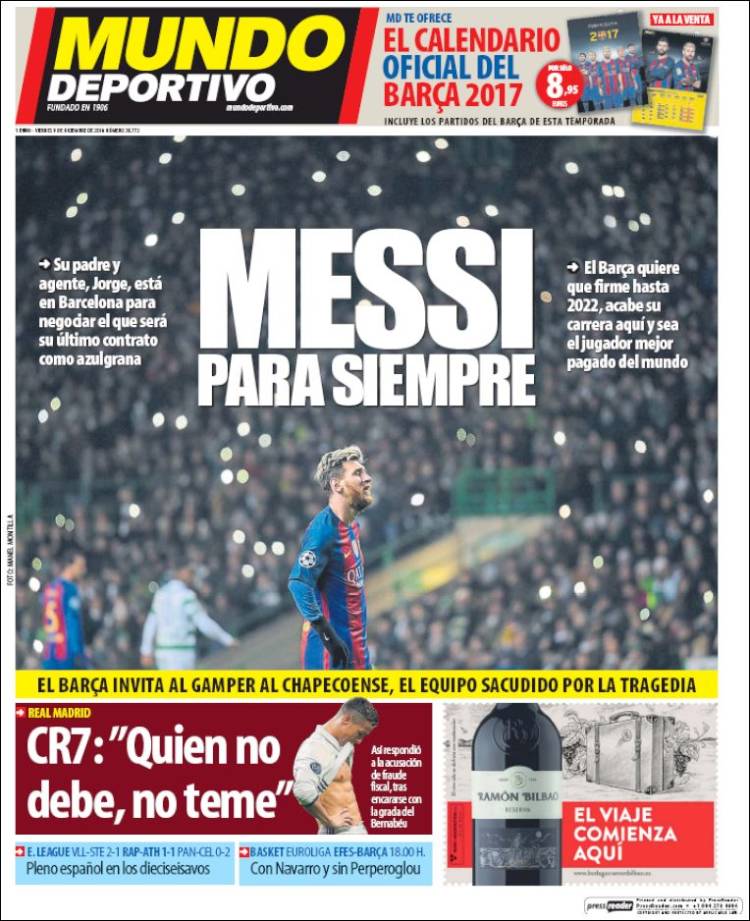 His father and agent, Jorge, is in Barcelona to negotiate a new long-term contract for Leo

Club want the Argentine to sign until 2022, believe he's going to be the best in the world for a while yet

Ronaldo: He who does nothing wrong should fear nothing

All 7 Spanish teams made it through their Euro groups