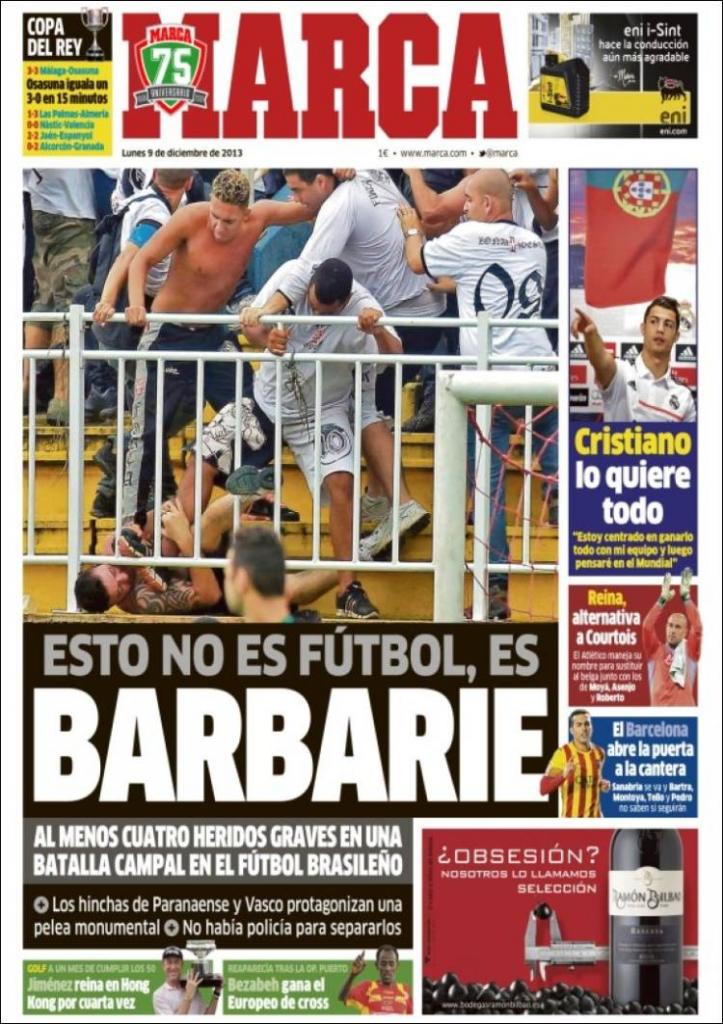 This is not football, this is barbaric

The fans of Paranaense and Vasco clash in a great fight

There were no police present to separate them

Reina, an alternative to Courtois

Atletico consider him a replacement for the Belgian along wth Roberto, Asenjo and Moya

Barcelona open the door to the Cantera

Sanabria to leave and Bartra, Montoya, Tello and Pedro are not sure if they will continue 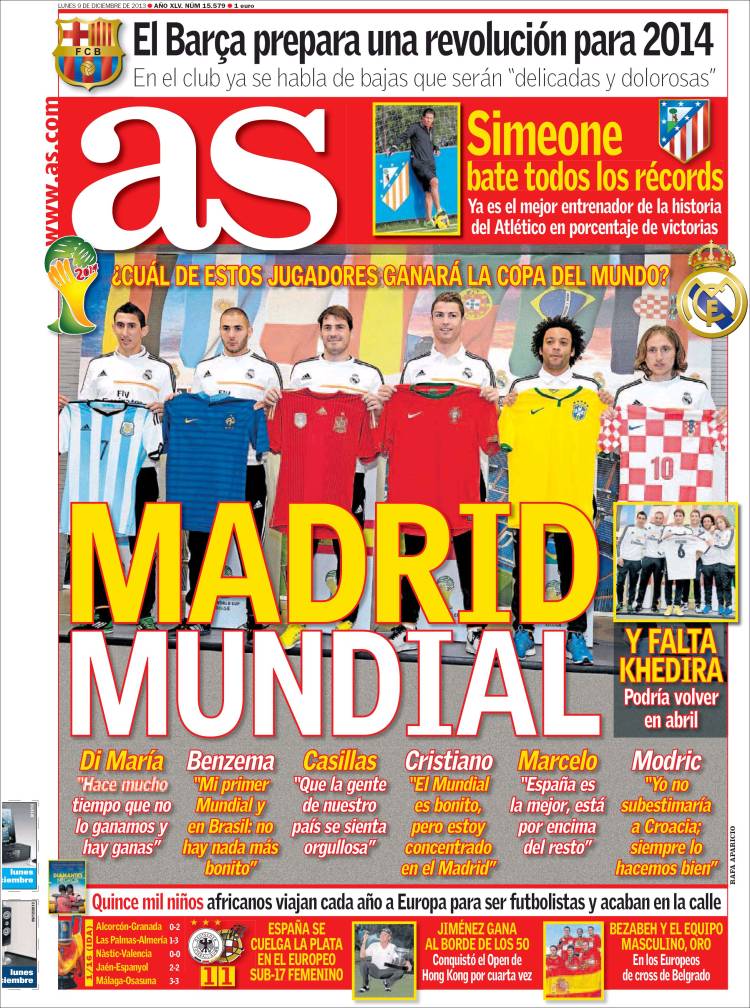 Di Maria: "It is a long time since we won it and there is great enthusiasm"

Benzema: "My first World Cup will be in Brazil; there is nothing more beautiful"

Casillas: "Our country is very proud of us"

Cristiano: "The world cup is beautiful, but, I am focused on Madrid"

Marcelo: "Spain is the best, above the rest"

Modric: "I do not underestimate Croatia, we always do well"

and in the absence of Khedira who could return in April

Barca prepare for a revolution in 2014

Simeone beats all the records

Spain take silver in the European Under 17 Woman's

Jimenez wins on the verge of 50 years

He wins the Hong Kong Open for the fourth time 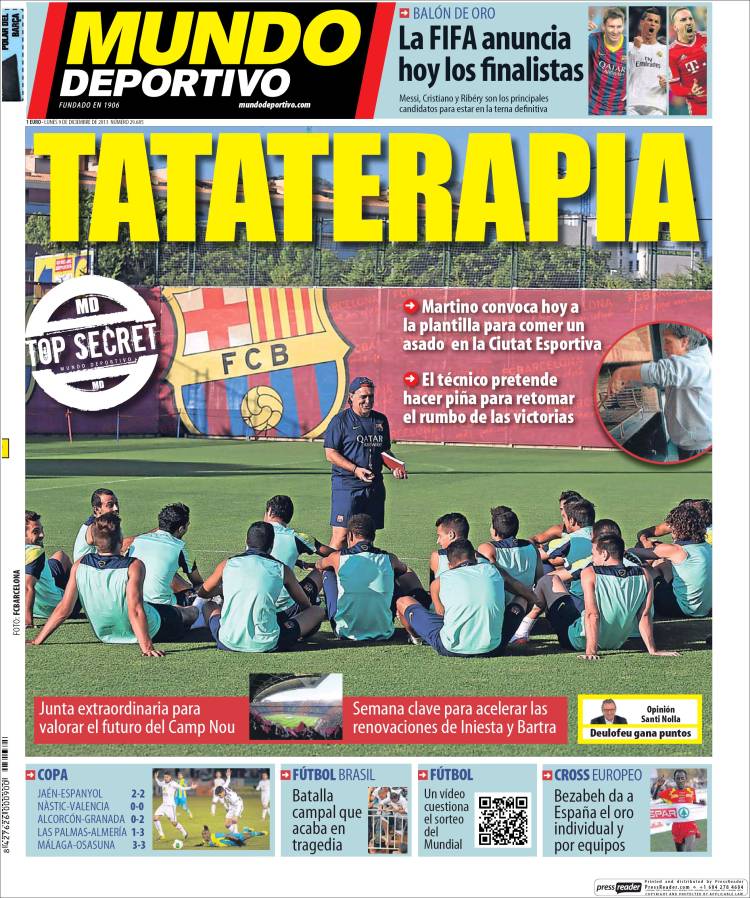 A meeting to decide the future of Camp Nou

A key week to accelerate the renewals of Bartra and Iniesta

Messi, Cristiano and Ribery are the front runners